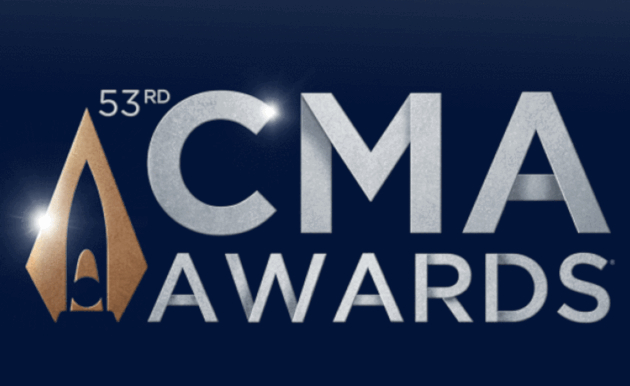 Where: The Bridgestone Arena, Nashville, TN.

• The 2019 CMA Awards will have a strong focus on the women of country music, with Carrie Underwood, Reba McEntire, and Dolly Parton hosting, a massive collaborative performance involving 13 total performers to open the show, a 8-woman performance later, and many other women attending as performers and presenters. It’s a fair question to ask just how much individual face time the women involved in these collaborative medleys will be afforded, and if this is the best way to present women as opposed to giving them more individual performance slots to shine. But it is better than no time at all. The biggest moment for the women of country could be if Carrie Underwood wins Entertainer of the Year at the end of the night. Look for this to be the crowning moment of the 2019 CMA Awards if it comes to fruition, as the cameras fade with Carrie Underwood “crying pretty.”

• Kris Kristofferson will be paid tribute, though he won’t be there. Instead he’s elected to keep his gig Wednesday night in Davenport, Iowa. The lineup the CMAs have fielded to pay tribute to Kristofferson is also a little mild, with Dierks Bentley, Sheryl Crow, Chris Janson, and John Osborne set to do the honors. At least they’re paying attention to the songwriting legend.

• There will be a lot of country legends on hand, including Willie Nelson who will perform with Kacey Musgraves, Crystal Gayle, Reba McEntire, Brooks & Dunn, Tanya Tucker, Janie Fricke, Kathy Mattea, Pam Tillis, Dolly Parton, Garth Brooks, and more. Some of these legends will only get small snippets of screen time in collaborations or presentations, but as a whole, it’s more legends than we normally see on an awards show.

• Maren Morris leads all nominees with six, but may not win any, or just one or two. The big drama will be for Entertainer of the Year and Album of the Year, which will likely see Eric Church and Carrie Underwood going toe to toe for the night’s two top prizes.

• Dierks Bentley, Sheryl Crow, Chris Janson, and John Osborne will perform a tribute to Kris Kristofferson. UPDATE: Joe Walsh has also been added to the tribute.

• Willie Nelson and Kacey Musgraves will collaborate on a rendition of “Rainbow Connection.”

• Brooks & Dunn will team up with Brothers Osborne on their song “Hard Workin’ Man.”

• Dolly Parton will perform with For King & Country, Zach Williams, and a local Christ Church choir on a medley of “God Only Knows,” “There Was Jesus,” and “Faith.”

• Eric Church will sing “Some Of It.”

• Miranda Lambert will perform “It All Comes Out in the Wash.”

• Lady Antebellum will team up with Halsey on a surprise song.

• Keith Urban will perform “We Were” co-written by Eric Church.

Carrie Underwood breaks the male-dominated monopoly on this category over the last few years, as she should. Since this has basically become a touring award, she deserves to be right up there with the rest after the numbers she’s tallied behind her Cry Pretty Tour 360. Eric Church also gets his due as a nominee, even if you would only give him an outside chance to win unless voters deem it is “his year.” For the love of God, don’t let Keith Urban 2-peat here. What an abomination of the country music record books he somehow won last year. Everyone is tired of giving Stapleton awards, though he deserved the nomination. But if you consider it as a touring award, it’s Garth’s to lose.

Holy hell what a weak field. If you’re an independent music fan, fall to your knees and be thankful a list like this does not represent your top tier of listening habits. In the current “climate,” there will be a desire by some to vote for Maren Morris, but Cry Pretty would be the more solid choice if we simply want to award a woman. But Eric Church has been a favorite of this category over the years. This is the award he wants, and he’ll trade all his Entertainer votes to get it if he can. And out of this field, he probably deserves it. His latest single “Monsters” proves that.

This is arguably the strongest New Artist field in the last 15+ years. All of these artist could, and probably should get it, including Morgan Wallen and his mullet. Cody Johnson has arrived. Ashley McBryde deserves any award she’s nominated for, though is probably an outlier due to lack of commercial performance. Midland is good, but is better to compete in the group category. Carly Pearce doesn’t feel new at all, but wouldn’t be a bad pick here either. This is a toss up.

This is “God’s Country” to lose. It’s the mammoth country single of 2019, like it or not. Lord don’t just give it to Stapleton just because he’s Stapleton. It will hurt his reputation due to the backlash more than it will help. “Girl” would be the “woke” option, but is a bland, monotone, non-country song that doesn’t deserve it.

“Rainbow” is the best song in the field by a long shot. Voters love Musgraves as they’ve evidenced over the years. But it’s taken us this long to get to a Luke Combs nomination, and the tear he’s on, he’s bound to win something. And once again, “God’s Country” is the big song of 2019. Competition is tough here.

If Carrie Underwood is up for Entertainer of the Year, then this should be hers to lose. But with the attention Maren Morris receives, and the love voters have for Kacey Musgraves, they could emerge as dark horses. It’s a reset year for Miranda, so fans shouldn’t be mad if she’s not a contender here. And Ballerini? Few people can name you two songs from her still.

Luke Combs is far and away the biggest country music artist at the moment, and arguably the biggest breakout star in the history of the genre. Truth be told, he probably also deserves Entertainer of the Year too.

Midland has a real good shot at this. Lady Antebellum is struggling with their relaunch, Zac Brown is struggling even harder with his, and Little Big Town isn’t doing anything relevant at the moment. Old Dominion is the only other one with a shot.

Sweet to see Brooks & Dunn nominated here, but they won’t win. Neither will Maddie & Tae, though they deserve it most simply from the strength of “Die From A Broken Heart.” Florida Georgia Line are has been’s. Award shows love Brother’s Osborne, but have they done enough in 2019? (hasn’t hurt them in previous years.) Unfortunately, it looks like this is Dan+Shay’s to lose.

“Old Town Road” will win this, if for no other reason than to get the rest of the world off of country music’s back. Should it win? The song has been a monster, so whatever. This is the CMA’s “also ran” category, so people shouldn’t consternate too much one way or the other. The other thing going for “Old Town Road” is it’s a pretty weak field. That “Brand New Man” remake was a banger and did well, but in no way defined 2019. The controversy around “Old Town Road” did.

Video of the Year rarely has anything to do with the actual video, and is usually treated as a secondary song category for ones the CMAs want to highlight, but not for Song of the Year or Single of the Year. Under this premise, expect it to go to Kacey Musgraves for “Rainbow,” or perhaps Maren Morris with the emphasis on women.

Paul Franklin played all that badass steel guitar on the new Midland record. Cool to see Jenee Fleenor get a nomination here. Mac McAnally usually wins this by default.