Have you ever wondered who actually listens to those songs they play on pop country radio? Here are the six primary Archetypes, or as Music Row refers to them,  the “target demographics” that make up the audience of the pop country world. 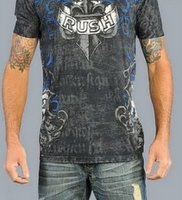 Affliction T-shirt, designer jeans with embroidery on the ass pockets, he is the bulls-eye on Music Row’s “New Outlaw” target demographic. Those rips in his jeans didn’t come from running barbed wire, but a 70-year-old Laotian woman working at an Armani factory making .36 cents an hour. On UFC stats and Brantley Gilbert lyrics, he’s a expert. He thinks Blackberry Smoke is an underground country band, and he shaves his testicles so his panty-cut underwear won’t chafe. He likes to listen to laundry list country songs about dirt roads and old pickup trucks, but his idea of “roughing it” is not dousing himself in Axe body spray before hitting his suburb’s corporate country bar. If he was a woman, then yes, he would douche. No effort is spared to prove how tough he is, but in an actual physical confrontation, he’ll fold like a paper tiger. He wants to show you his tribal tattoo.

The wacky morning crew at her Top 40 Clear Channel country radio station feels like family. She volunteers at the megachurch. She nicknamed her 2010 Mercury Mountaineer “Betsy”, her vibrator “Trace Adkins”, and thinks her life is perfect (though her cocktail of anti-depressents tell a different story). She thinks Tim McGraw’s plastic hat is sexy, and cries every single time that sappy Martina McBride cancer song comes on the air. Her kids are named “Hannah” and “Bryson”. She wished her daughter was more receptive to Taylor Swift’s message, but instead her daughter is obsessed with Jason Aldean’s butt. This year is going to be the year she’s finally going to figure out how to make some money on Etsy from her scrapbooking ideas. She posts pictures of her feet on Facebook. 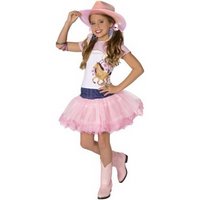 Oh my God she SO likes all of country music, including Lady Antebellum, The Band Perry, AND Thompson Square! She even likes classic country… like Tim McGraw. “Oh my God that song he has about that girl and guy and someone’s trying to kill them and the guy is all ‘Don’t take the girl’ and I’m all ‘That’s so sweet!!!'”. Her mom wishes she was more receptive to Taylor Swift, but she’s more obsessed with Jason Aldean’s butt. She wants to be a pop star, but her dad is just hoping he can keep her off the pole come her 18th birthday. She likes to put on glitterface and lip sync Carrie Underwood into a shampoo bottle in front of the bathroom mirror in her jammies. Her and her mom are Music Row’s last source of revenue because they’re too ditsy to understand how to steal music. 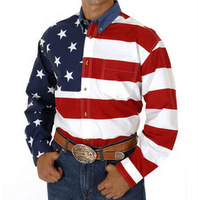 He can’t wait for Armageddon to come so he can start mowing down brown skins unilaterally, and justify that $5,000 purchase of a 10,ooo-watt generator last summer. You’re damn right he likes Toby Keith, and you know what, that Aaron Lewis guy from Stained ain’t bad neither. He truly believes Al-Queda could invade at any time, and that Abu down at the dry cleaners in town probably did time at Gitmo. He swears he knew the Dixie Chicks were commies way before everyone else did, but he had the plump one sign his Stetson in Sharpie in 2001 (he keeps it hidden in the bottom shelf of his gun safe). He’ll shoot at you if any portion of your tire touches his property line when you’re making a U-turn out on the highway, and if you’re one of them towel-heads, he’ll shoot to kill. He still thinks Garth-era printed button up collared shirts are hip, and that if you have more than 2 inches of hair growth anywhere on your head, you’re clearly a homosexual. 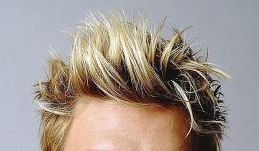 Hair highlights, frosted tips, hyper image conscious, he’ll prove to you just how cool Christianity can be by getting the 10 Commandments tramp stamped on the small of his back. His idol is Keith Urban, and he so wants Gary LeVox’s hair. Similar to the “New Outlaw Doucher”, but he trades in the tribal designs for Gothic crosses, and doesn’t limit the manscaping to just the crotch region. He broke his chastity pledge once, but that’s OK because Jesus loves him. He doesn’t know how it is to go to a church that isn’t conducted in an auditorium and has a Starbucks and Chili’s Too in the east wing. He has every subtle change to all three members of Rascal Flatt’s hair designs saved on a thumb drive just in case his computer crashes. The embroidery on his designer pearl snap shirts incorporates glitter. He’s thanks God he doesn’t have to interface with ugly people very often. 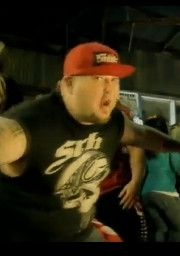 Morbidly obese, woefully unemployed, and draped in whatever his local Wal-Mart stocks in XXXL, he thinks he’s a gangster, but instead he’s just a fat loser land locked in a small town in America’s breadbasket. Colt Ford is his hero, and Yelawolf is the only one who really understands him. He got a title loan on his 1992 Grand Am so he could get a tattoo of an alien smoking a joint on his neck. He would move to a bigger city, but he doesn’t have the gas money to even make it to the county seat, and besides, the real gangsters would kick his ass within 5 minutes. He likes to snort Dr. Scholls foot powder and pretend it’s cocaine because he can’t afford meth. He knows a guy in LA that he sent his demo to, and once he hits it big, he’s getting the hell out of this town and buying a set of spinning rims for his mom. He knocked up some girl that works at Dairy Queen just so he could bitch to his friends about his baby mama drama. His problems are everyone else’s fault.

OK, I would contend that this 7th Archetype is actually a subset or derivative of the “Red Blooded ‘Merican” or the “Affliction T-Shirt ‘New Outlaw’ Doucher”, but I am bowing to public pressure and adding one more. I hope you approve. 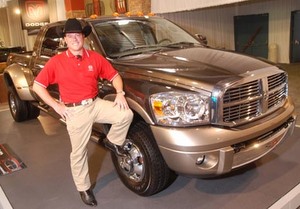 Sporting an always brand spanking new 1 ton pickup truck with a diesel engine and dually tires, he needs this heavy equipment as a middle management quality control paper pusher in a cubicle farm located in white flight Suburbia. He’d like you to think he owns a farm, but a farmers wage wouldn’t even pay his truck’s interest. His yearly gas bill equals the gross domestic product of Myanmar. He’s shining his chrome rims while his children and wife are ignored. He listens to songs about dirt roads, but’ll be damned if he takes his baby off the blacktop and gets a brush scratch in the paint. He wants you to think he’s country, but Nickelback comes up as “Most Played” on his iTouch. He once hauled a 10 lb bag of potting soil in his truck. Afterwards he immediately sprayed down the beadliner and buffed the paint for 3 hours. He’ll never do that again, but he will haul his equally pristine bass boat, four wheeler, and fifth wheel travel trailer with it, all that he bought to offset his misery. He works 60 hours a week to pay for it all, but is two months from bankruptcy. Deep inside he feels trapped and desperate, but that’s OK because his truck kicks ass. He’s under the impression you can take your material possessions with you to Heaven and tried to write that stipulation into his truck’s two year lease. No, he will not help you move next weekend, he has to wash his truck.