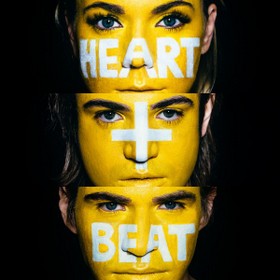 The strange saga of the Big Machine-signed The Band Perry and their curious new direction continues. The latest shoe to fall is their official, big production video for the failed single “Live Forever” has been pulled from YouTube, pulled from their social network pages, and no trace of the video can be found anywhere. Live performances and other offshoot videos of the song can still be found, though The Band Perry many not have control to pull these.

Then after fans began to notice the disappearance of the video, it became apparent the songs had been pulled from all digital outlets such as Spotify and iTunes.  Any and all official traces of “Live Forever” appear to have been expunged from the internet.

“Live Forever” was supposed to launch a new era for The Band Perry as a pop band in country a la Taylor Swift and Sam Hunt. The song was a collaboration with pop producer RedOne and two other pop songwriters, and was accompanied by a huge marketing rollout including custom-made logos and the color yellow painted on everything. However the public was not impressed, and all the song could muster was a brief showing at #27 on the Country Airplay chart before quickly plummeting out of the Top 50, despite some huge nationally-televised performances by the band.

Since then The Band Perry’s album Heart + Beat has been delayed indefinitely. It was originally scheduled to be released November 20th. “Well we actually had a date chosen, and then we had a very exciting collaboration that just happened,” Kimberly Perry said to News4Jax on November 2nd. “So we kind of got this last jolt of creative energy, so we feel like we’re going to push it back a little bit further to early 2016.”

However there’s still no release date, and no word on what this big collaboration might be. Meanwhile video surfaced of a new song called “Put Me in the Game Coach” the band unveiled as part of the College Football Championship game in mid January, and the reception for the new song was even worse than the one for “Live Forever.” Video of the “Put Me in the Game Coach” performance was also pulled.

All of this leaves The Band Perry drifting without a direction, and fans unsure of what fans can expect next. What once was one of the fastest-rising and promising bands in country is now very much in limbo.

UPDATE: The Band Perry says they will address this issue on social network at 8:30 p.m. EST. So we’ll see…

UPDATE #2: Both the “Live Forever” single and the video have been added back to the internet, but not attributed to Big Machine.

We saw you guys we’re all talking about “Live Forever.” And it’s being pulled from the internet! In fact I think I even saw one very dramatic comment saying, “Has ‘Live Forever’ been purged from the internet?” Anyway, ‘Live Forever,’ yes! It was pulled from iTunes, YouTube, Vevo and everything for about 24 hours. Team TBP was doing a little housekeeping and reorganization. But we were just told … that it’s back up on iTunes now, and Team TBP has told us it will be back up on Vevo and YouTube in the next couple of days. So you guys stay tuned, keep your eyes peeled, so a little reorganization there. But thank you for your concerns.

More than that though we wanted to get on here and talk about something a little bit more important. And we wanted you guys to all look us in the eye and say, “The Band Perry is not going anywhere.” We are here to stay. Our music is here to stay. We need everybody to take a deep breath in, and a deep breath out.

Thank you for your concern. One more thing, real soon you guys are going to hear some news and we want you to know today, it’s great news, it’s very positive, and we can’t wait to talk about it with you. We love you guys dearly. Every decision that we make is for you guys. It’s all about getting this music to you as quickly as possible, and as excellently as possible.

There’s no “reorganization” that would normally occur that would result in an artist or band taking down online media, especially videos which now hypothetically will start at zero again with views. Though many are speculating they are parting ways with Big Machine, there was no conclusive announcement of this in their statement. Likely ownership of the “Live Forever” media changed hands, but what exactly that means we’ll have to see.