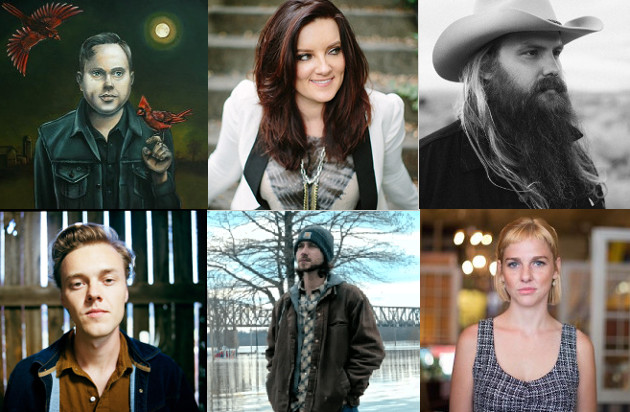 As was said in reference to the Best Albums of 2016 So Far, it has been fairly slim pickings for the first part of the year for finding music that really touches the heart, and has the fortitude to last beyond the calendar year. But that doesn’t mean there aren’t exceptions, and 2016 already boasts a number of serious, gut-punching songs that will likely go on to contend for the Song of the Year in December.

One thing 2016 has been good for is some great music videos to coincide with these great songs. In 2015, Saving Country Music suspended its regular rundown of the best videos due to a weak field. 2016 has already topped 2015 when it comes to videos with impact, including one for a Song of the Year contender, “Dry Up of Drown” by Evan Webb and the Rural Route Ramblers.

We’re not looking for songs here that are just enjoyable or catchy. There is a time and place for those songs as well, but Songs of the Year contenders have to make you feel something. As always, your own suggestions and observations of the best songs so far in 2016 are welcome in the comments section below.

But instead of reeling you deeper in depression, what “Since You’ve Gone to Heaven” does is articulate how hurting and struggling to get straight with life is something most everybody suffers with, which creates its own healing through wisdom and commiseration.  Adding to it the all-too-common narrative of general economic struggles, and the very personal perspective of a child losing their parent, “Since You’ve Gone to Heaven” has a message most everyone can identify with.

It’s hard to put into words how ell composed this song is.

Chris Stapleton’s  “Fire Away” is wetting tissues and disturbing workdays all across the country with its candid and gripping portrayal of suicide and mental illness in the see-saw world of a bipolar reality. We already had a good sense that Stapleton’s “Fire Away” was about heartbreak, but the heartbreak portrayed in the video directed by Tim Mattia takes it to an entirely new level. The manic, then depressive moods are evidenced with biting, ghostly accuracy in a well-crafted short where Stapleton plays a bartender early on, and then lets the professionals do the rest. It’s hard not to get pulled in as the drama unfolds from the very real recollections we most all have of when mental illness resulted in tragedy in our own lives.