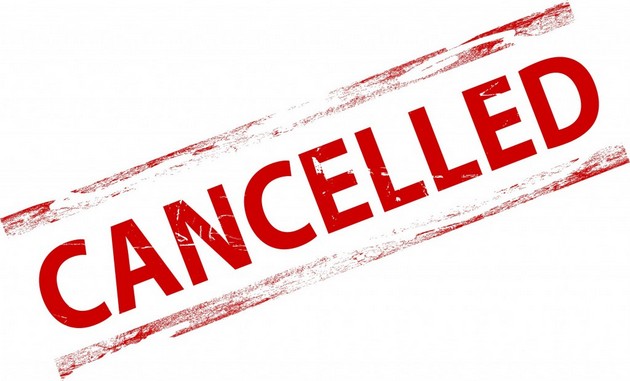 The 2015 Thunder On The Mountain Country Music Festival in beautiful Ozark, Arkansas was going to be a big one. Major country music headliners like Carrie Underwood, Zac Brown Band, and The Band Perry were scheduled to perform, along with an impressive under card of 40 other bands. It was to be one of Carrie Underwood’s first performances after taking time off recently to give birth to her son. The picturesque Mulberry Mountain was set to be the backdrop in 650 acres of national forest in to Arkansas Ozarks. Promotion for the event was robust, and fans from around the country were making plans to attend the June 26-28 festival.

And then the festival was abruptly canceled.

“It is with great regret that due to circumstances beyond our control, we are unable to hold Thunder on the Mountain,” the festival announced on June 15th, only 11 days before the festival was set to take place. “A separate statement regarding ticket refunds will be made direct to ticket holders,” they said. No other explanation was given, leaving many eager festival goers in the lurch. Why did the festival cancel? Was it poor ticket sales? An issue with the location? One local media outlet reported that one of the festival’s investors pulled their funding and resulted in the cancellation, but except for the brief statement above from the festival itself, no more information has been made public, and the festival has taken down their Facebook page. It’s just one of many country music festivals, big and small, that have had to cancel abruptly in 2015.

It’s not just mainstream festivals that are facing challenges. During mid-June’s annual CMA Fan Fest in Nashville, promoter Dale Guthery thought he would offer an alternative to the pop acts downtown and planned the Country FanJam at the Tennessee State Fairgrounds for the same weekend. Four full days of music was booked, including performers like Wade Hays, Ray Scott, Tonya Watts, Ty Herndon, Doug Stone, Darryl Worley, Buddy Jewell, and The Bellamy Brothers. Where CMA Fest had mostly walked away from older and more traditional country acts over recent years, FanJam was hoping to offer support to these artists and their fans.

But unfortunately, virtually nobody showed up. Advanced ticket sales were almost non-existent, and after the crowd never swelled over 40-something people on Friday, the festival organizers decided to pull the plug, leaving many unpaid bills, angry fans, performers, and vendors, and rumors of potential lawsuits stemming from the situation.

Though some are crying that the festival organizers were scam artists, it appears to be more of a case of not planning to scale, and biting off more than they could chew. FanJam was likely trying to do a good thing, but there was just not enough support for it in the marketplace.

Festival cancellations have also affected the Americana side of the country music world. The 2015 installment of the Cross Country Lines music festival in Franklin, TN just outside of Nashville quietly cancelled after organizers determined the festival space was becoming too crowded in the area.

“The festival marketplace has grown significantly in the Middle Tennessee region just in the past year,” said Jed Hilly, executive director of the Americana Music Association. “As a not-for-profit trade association, we are in the business of fostering growth for all those who work in the Americana Music community and not to compete with them…We’re disappointed it’s not happening this year.”

The event, scheduled to be held at The Park at Harlinsdale Farm, was competing with another local festival called Pilgrimage Music and Cultural Festival featuring Willie Nelson and Sheryl Crow. Other festivals in the area, including the Americana Music Association’s annual conference in September made Cross Country Lines a hard sell to Americana fans with so many festival options.

Meanwhile one major country festival cancellation in Illinois has the state Attorney General looking into the matter, and many angry music fans demanding answers. The Country Life Music Festival scheduled to occur at Three Sisters Park in Chillicothe was canceled on June 9th after ticket sales were not meeting expectations. Organizers had moved the annual event to a larger venue, booked major headliners such as Keith Urban, Toby Keith, Lynyrd Skynyrd, and Travis Tritt, and expected a larger uptick in ticket sales for 2015. However the ticket sales didn’t come in as expected, and when the festival started missing deposits to some of the bigger acts, the acts began to cancel. Pre-sales were expected to get near $1 million in revenue, but only reached $650,000 according to the Journal Star.

The office of the Illinois Attorney General, as well as the Better Business Bureau opened investigations into the festival after ticket holders complained about issues with the refund process.

Whether small independent local festivals, micro-festivals looking to appeal to a niche crowd, or major mainstream country music festivals with million-dollar budgets, many organizers have believed in recent years that with the elevated interest in country music, launching a festival at this time is a good idea. Starting a festival is sort of the hip thing to do, and a way to build brands for sponsors and boost local economies. However the marketplace has never been more crowded, and the endeavor never more difficult with the regulations and high guarantees for talent it takes to put on a festival properly. Even if there are significantly more country music listeners willing to travel and pay top dollar for tickets to festivals compared to previous years, there still is not enough space in the marketplace to double the festival infrastructure as is being attempted by the flood of new promoters.

Meanwhile Live Nation and other major corporations continue to add to their festival portfolios. With national and international teams of festival experts, these corporations can create profitable models that in some cases can run independent or local festival promoters out-of-business. Mega-festivals catering to cross-genre tastes, and massive mainstream country tours like the ones included in Live Nation’s Country Megaticket make it difficult for upstart festivals to gain traction. The discrepancy between the have’s and the have not’s—like in much of the American economy—continues to grow. Though many established festivals are likely to be just fine moving into the future, new festivals may continue to struggle.

Festivals are an efficient and enjoyable way for music consumers to see many different acts in the short time span, and they look to continue to become one of the best meal tickets and opportunities for exposure for country music artists. But too much of a good thing has lead to the bursting of the country music festival bubble in 2015. A re-evaluation industry wide of how many country festivals are truly needed is in order before more angry ticket holders and canceled tour stops become a bigger problem in the future.