The Country Side of the 2017 Pickathon Music Festival 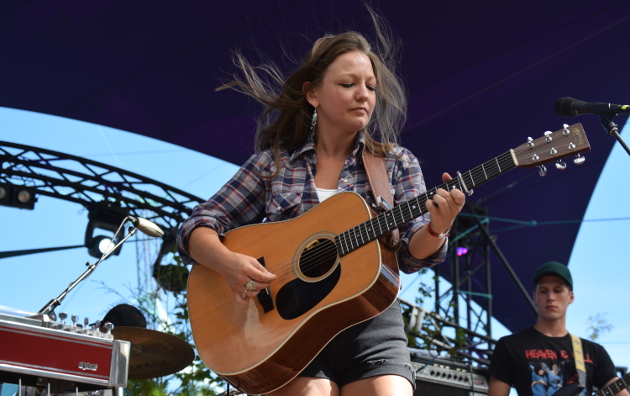 The small yet mighty, meticulously-curated, and expertly-planned festival just outside of Portland, OR known as Pickathon continues to be the local festival with international implications in how talent presented at the festival is given the possibility to break out onto the national stage, and the leadership they show for generating virtually zero trash and reducing environmental footprints and presenting the best experience to see music is something promoters, performers, and organizers take stock of each year, and measure themselves against.

In the country side of the music world, this was somewhat underscored heading into the 2017 Pickathon when Sturgill Simpson’s manager Mark Dottore told the story of how the Pickathon stage was where Sturgill rocketed to national prominence. Similar stories are told for performers such as Lake Street Dive, The Avett Brothers, Langhorne Slim, and many others over the years. What happens at Pickathon doesn’t stay at Pickathon. It reverberates throughout the music consciousness on a much grander scales than the size of its various stages, or the overall attendance.

That said, over the last few years, Pickathon has continued to feel less like a destination festival, and more of a party for local Portlanders. This would coincide with their philosophies of keeping things small and local that is at the heart of the festival’s charter. That says nothing of the talent however, which is mined from all across the country to give a brilliant cross section of roots music, and more recently stretching out into other genres.

On the country and bluegrass/roots side, Pickathon has always represented quite well, booking acts such as Wayne “The Train” Hancock, Dale Watson, and Whitey Morgan well before other festival began to take notice. In 2017, Pickathon offered a greater spotlight to small town Kentucky songwriter Kelsey Waldon, who featured her fiercely-independent country music on the festival’s main stage on Saturday. She was joined by one of east Nashville’s most talented side men, Smokin’ Brett Resnick, whose also recently been touring with Kacey Musgraves.

Three of Pickathon’s 2017 performers were also nominees for Saving Country music’s Album of the Year in 2016, speaking to just how stellar the curation is at this festival. Along with Kelsey Waldon, the other two were Dori Freeman, and Courtney Marie Andrews, both of which had amazing 2016 moments with breakout albums, and attended Pickathon with new records in the offing, and appreciative crowds for their music. When it’s time to boogie, Pickathon boogies. When it’s time to lean in and listen intently like with the stellar songs of Dori Freeman and Courtney Marie Andrews, they do the same. The future of songwriting is safe from the perspective of 2017 Pickathon, with a mention also deserved for Kaia Kater, who turned in a spirited set at the songwriting-centric Lucky Barn on Saturday.

If there was an artist that could possibly find that same Sturgill Simpson trajectory to the top as Sturgill Simpson did years ago via Pickaton, it would be Luke Bell. But Luke has spent the majority of the last year more under the radar than anything. Though the people who stumble upon his album immediately fall in love with him, Luke’s follow through has been less than stellar, likely for a host of reasons, some of which may not be his fault. His Pickathon set on the Woods Stage was not lacking in entertainment value—its folksy nature was found endearing by the crowd—but left one worried if it was the best way to showcase Luke Bell’s talent. Luke and his three piece band played sitting down, with the band consisting of a red-haired snare drummer, a lead guitar player, and Matt Kinman on fiddle and mandolin, who some might recognize for his primitive country recordings on Smithsonian Folkways.

Luke, who seemed to be worried about the 17 hour drive he had ahead of him right after his set was done, and perhaps had a drink or two too many, seemed a little aloof, while Matt Kinman seemed just as much as the star as Luke. Luke was more than happy to oblige, giving Kinman his own few songs on banjo in the middle of the set. However when Luke launched into what has become his signature song, “Sometimes,” the Pickathon crowd was on their feet, and very appreciative of the throwback country sound.

One of the country performers that received the warmest ovations from the crowd was Brent Cobb. There was something about his style of earnest and developed songwriting mixed with the country blues heart of his band backed by slide guitar that resonated especially well. After his Sunday afternoon set on the Woods Stage, the sweat profusely pouring off Brent’s brow earned him a rousing, standing ovation. Even Brent—who should at this point be used to receiving accolades—looked shocked at the enthusiasm and authenticity of the reception. But those are the kind of moments stellar performances reciprocate to the artists at Pickathon.

Saturday evening was headlined by the Drive-By Truckers, whose Patterson Hood has recently moved to the Portland area after being based out of Athens, GA for many years. From the main stage he told the story of coming to Pickathon two years previous, and standing at the front of the stage watching Hiss Golden Messenger with his daughter, which he called one of his fondest parental memories.

This year, Hiss Golden Messenger opened for the Drive-By Truckers, and the Trucker’s politically-conscious music was exactly what many Pickathon attendees were hoping to get out of the experience.

In the strings department—which after all is at the roots of the Pickathon Festival—prodigy turned frontman Billy Strings turned in a rousing set on the main stage on Friday ahead of the release of his first solo album Turmoil and Tinfoil out September 22nd. Not exactly pa paw’s bluegrass, Billy puts a hell of a lot of youthful energy and thrashy edge into the music and performance. Mandolin Orange is hard to go wrong with, and had assembled a throng of listeners for their set late Saturday night at the Treeline Stage. It was a great way to wind down the evening after the energy and rage of the Drive-By Truckers.

For this particular attendee, Pickathon 2017 came up a bit short in the discovery department, but that could be partially due to how on top they were this year to the fastest rising names in independent country and Americana, representing the best and brightest. 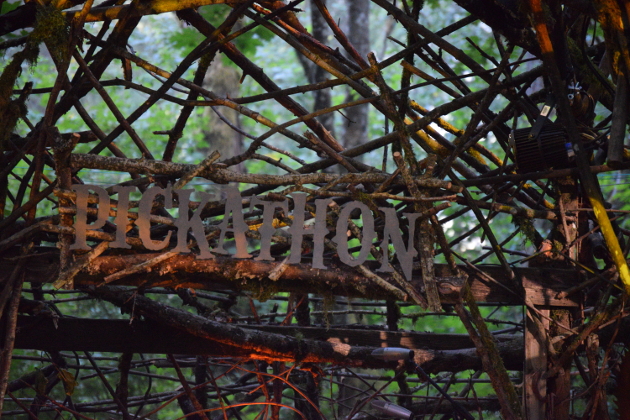 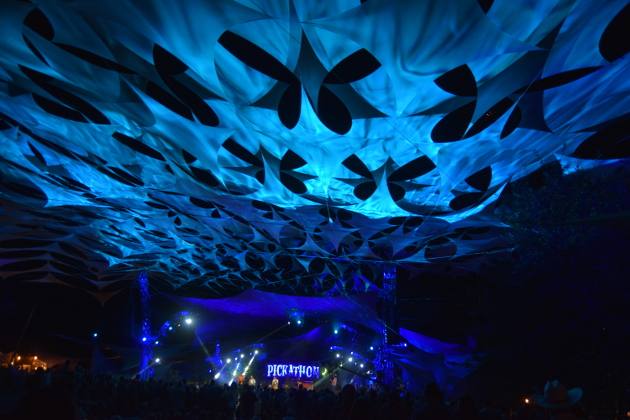