The Curious Case of Wheeler Walker Jr. (and his new single) 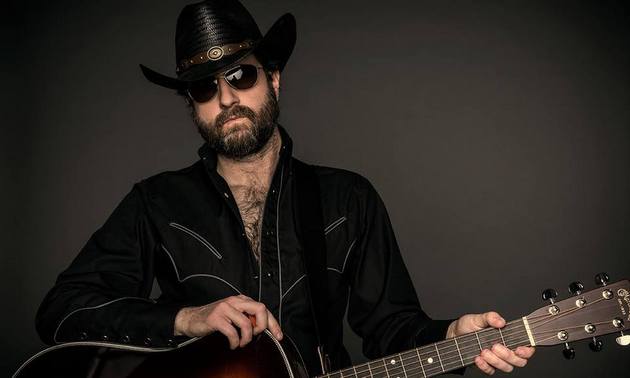 From the “I have no idea what the hell is going on here” file comes the curious case of Wheeler Walker Jr., an incredibly foul-mouthed country artist who apparently is gearing up to release a Dave Cobb-produced record through Thirty Tigers, and has just released his first single, unabashedly entitled “Fuck You Bitch.” Yes, it’s a pretty weird situation, and I’m just not sure what to make of it.

Saving Country Music had heard some chatter recently about this foul-mouthed country artist whose been working with Dave Cobb and has apparently been lurking around Nashville for going on fifteen years, but every time the name “Wheeler Walker Jr.” was brought up, folks would get dodgy. Furthermore, there’s really no record of this guy gigging around town or otherwise participating in the country music business.

Well now the cat is about to be let out of the bag. Wheeler Walker’s “Fuck You Bitch” is getting spins on SiriusXM’s Outlaw channel, and he was spotted this week in Nashville, possibly making a video for the single. Curious about the project, I pulled some strings to see if I could talk with Walker Jr., who was willing to speak to me on the phone . . . well, sort of.

“You have my word, you won’t hear a better fucking country record this year. I guaran-fucking-tee you that,” says Wheeler, who is originally from Lexington, Kentucky. 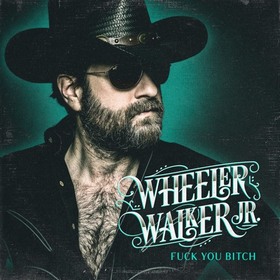 My brief, and expletive-laden conversation with Wheeler didn’t net a tremendous amount hard information about exactly who he is, or where he’s been. “What newspaper is this again?” the sort of fidgety-sounding and uneven-keeled Walker kept asking.

Goddamn, what the fuck is going on? My manager said this was going into ‘Rolling Stone.’ I’m talking to this fucking blog?”

I was able to glean that Wheeler Walker Jr. was known as a good songwriter in Nashville, and apparently had two major label deals and recorded two full records, but neither of them were released because he refused to cut the curse words. On these early records, the cursing was only one “damn” here and one “shit” there according to Wheeler, but it still was too much for a major label to handle, and Wheeler Walker Jr. refused to compromise. Wheeler was perfectly willing to torpedo his entire career before censoring his songs. So somewhere floating out there is two full records of his “cleaner” material, but the world has yet to hear them.

And through this major label period in his career, Wheeler was married and had a kid, and then he claims his wife cheated on him with a “major country music star.” Wheeler says he’s not allowed to name who it was for legal purposes. At wits end after his divorce and running out of money, Wheeler was introduced to producer-extraordinaire Dave Cobb, and they decided to record the album Wheeler has wanted to make for fifteen years with the last of his money.

“I said, ‘Hey Cobb, as long as you don’t censor anything I say, we’ll do it, and I don’t give a fuck if anybody hears it,'” says Walker Jr. “If it hits, we’ll go. If not, I’m calling it a day and I’m done with this fucking shithole town. ‘Cause Nashville’s beaten me in the fucking ass, you know?”

The word is Wheeler Walker Jr. will be releasing an EP in October, with the full album coming out in February 2016. And if it’s anything like this first single, if it does nothing else, it will surely turn some heads. And despite the ‘X’-rated aspect of the material, this is not some scuzzy underground recording. It sounds like Walker Jr. and Dave Cobb were able to call upon top-notch pickers in Nashville to put this record together.

This isn’t an endorsement, because really, I have no idea what is going on. But have a listen for yourself, and if it suits your fancy, you can purchase “Fuck You Bitch” on iTunes.