The Death of Wayne Mills 6 Weeks After (Update & Analysis) 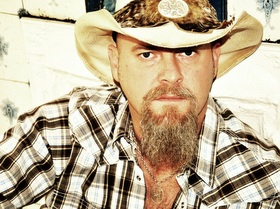 It has now been six weeks since the shooting death of country music artist Wayne Mills on November 23rd, 2013 at the Pit & Barrel bar in Nashville by Chris Ferrell—the owner of the Pit & Barrel, and the defendant in the case that claims self-defense, and is currently facing 2nd Degree Murder charges brought down by a Grand Jury on December 6th. Ferrel was released on bail on December 16th.

The case has now entered a period where information and progress might be slow, as prosecutors and the defense try to decipher if the matter can be settled with or without a trial. Fans of Wayne Mills may be frustrated by the lack of progress or information, but as Saving Country Music has found out after talking with numerous legal experts, the Davidson County District Attorney’s Office, and the Davidson County Criminal Court, it could take many months, or even longer for the case against Chris Ferrell to resolve, and the killing of Wayne Mills to come to a close.

The next court date for the defendant Chris Ferrell is January 16th in front of Judge Steve Dozier at 9 AM at the Birch Building in Nashville. The date is not considered a pretrial hearing, but a “discussion date” by the court—a procedural court appearance that happens roughly every 4 to 5 weeks during a pending criminal case to determine and update what the status of the case is with the court and all parties.

If new evidence is discovered, a “discovery” date could be filed with the court where the new information would be submitted into the criminal process. A similar instance happened when Chris Ferrell had his bond reduction hearing on December 16th, and a bullet lodged in the wall of the Pit & Barrel not initially discovered by police investigators, but a private investigator hired by Ferrell, was submitted into evidence. Discovery dates are not set on a specific timeline, but transpire if and when a new discovery is made and the date can be set by the courts.

As far as how long it could be before there is a trial set for Chris Ferrell, Susan Niland of the District Attorney’s office says, “You can’t even ballpark how long it could take for a trial to be set.” A lot depends on scheduling between the courts, prosecutors, and the defense attorneys. Since there is only one defendant in the case, it may not take as long as if there were multiple defendants with multiple attorneys.

But a trial may not happen at all. “Each side tries to set a resolution,” Susan Niland explains. “95% of cases resolve without a trial.” That means that Chris Ferrell could decide to plead guilty before the case could go to trial, could work out a deal with the prosecution, either to plead guilty to lesser charges, or to receive a lesser sentence by settling without a trial. Because of the severity of the charges, murder cases tend to go to trial more often, but it can’t be assumed a trial will happen in this case.

As Susan Niland explains, if every case brought by District Attorneys resulted in a trial, the courts would be backed up for decades. It is usually the goal of District Attorneys to settle cases without a trial. It is usually the desire of defendants to settle without a trial as well because a trial is a costly endeavor for a defendant. However if Chris Ferrell believes he is completely innocent of the charges, he may decide to go the trial route. A trial may be the only way Ferrell could fully exonerate himself from the charges, as opposed to taking a plea down to lesser offenses or for a lesser sentence, barring any new evidence surfacing that proves his claim of self-defense and the charges are dropped. Likewise if prosecutors feel the 2nd Degree Murder charges are completely warranted and no deal for Ferrell is fair, the case may still end up at trial.

Prosecutors and the defense negotiate back and forth based on the evidence of the case, the potential motive, and however strong either side feels their case is.

Other Charges Against Chris Ferrell

At the discussion date on January 16th, other charges facing Chris Ferrell from a previous incident could also be brought up. Ferrell faces charges for “Vandalism Under $500,” “Domestic Assault with Bodily Injury,” and “Interference with a 911 Call” stemming from an incident on July 17th where alleged victim Stacey McCoy was allegedly attacked and assaulted by Ferrell. Ferrell broke the key to McCoy’s car and then tried to prevent her from calling 911. This case also resulted in a Grand Jury indictment that was handed down the same day the 2nd Degree Murder charges were brought against Ferrell on December 6th. The charges resulted in their own $2,500 bond, but aside from both cases involving the same defendant, the two cases are autonomous. All three charges in the domestic assault case are misdemeanors.

At one point, two of the three previous charges were reported as having been dismissed. Previously, the general court had decided to only bring the charge against Ferrell for vandalism, but when the matter was brought up to the Grand Jury, the Grand Jury decided to bring all three charges.

Besides the misidentification of Wayne as another songwriter Clayton Mills for nearly 10 hours into the investigation that resulted in Wayne’s widow being unable to see the singer before he died, the information on how and where the killing transpired, and where the witnesses were in proximity to the killing leaves many questions. Initial reports said the killing happened inside the Pit & Barrel, and people outside that had left the bar right before the shooting occurred heard gunshots and called the police. But the information that came out during Chris Ferrell’s bond reduction hearing was the Chris Ferrell himself was the one that made the initial 911 call, though outside witnesses could have made subsequent 911 calls.

Also during the bond reduction hearing, The Tennessean reports that “Police found a trail of blood from the parking lot to just inside the front door, where Mills lay, breathing but unconscious.” This statement seems to allude that Mills could have been shot outside the bar, not inside. But Mills could have been shot inside the bar initially, attempted to exit the bar, and then turned around as he started to bleed. However this could have put any witnesses outside in more direct contact with the altercation than the initial reports suggested. Saving Country Music has obtained copies of both indictments from the Grand Jury, from the 2nd Degree Murder charge, and the multiple charges from the domestic assault incident in July. Names of three separate witnesses to the shooting that are not members of the Nashville Police Department are listed in the indictment.

The Tennessean report from Chris Ferrell’s bond hearing also states, “Ferrell testified that he posed for a group photo at 4:08 a.m. alongside Mills, musician Shooter Jennings, and others. The crowd had dissipated by the time he called 911 to report the shooting at 4:56 a.m.” Shooter Jennings reportedly left roughly 5 minutes before the killing, and is not listed in the 2nd Degree Murder indictment as a direct witness. The other witnesses stated they had cleared out of the Pit & Barrel before the killing occurred. But that doesn’t mean that Jennings and the other witnesses do not have further information that could be important to the case.

The physical evidence from the crime scene is an important element, but if the prosecution is to going to refute that Chris Ferrell acted in self-defense, they must establish a motive of why Chris Ferrell purposely wanted or tried to hurt and/or kill Wayne Mills. These witnesses may have more information on the moments before the killing that could help establish a motive. If the killing was somehow an accident, Chris Ferrell could still be responsible, but the killing may not fall under the jurisdiction of 2nd Degree Murder, but a less-severe manslaughter charge.

Fans of Wayne Mills may want justice and a quick resolution to the charges stemming from a killing, but murder cases can sometimes take years to resolve. And the Wayne Mills murder case seems to be an especially complex one.