A few days ago, someone posted this on Hank III’s message board.

It seems everyone wants to criticize Hank III, second guess him, pontificate of how he should live his life and what direction his music should go. I’d like to see those people try to fill the biggest boots ever handed down in country music while fighting off a malevolent music label. I say just enjoy the music, that is what it is there for. And if you can’t, leave it.

If it wasn’t for Hank III, I wouldn’t be here. If it wasn’t for Hank III, YOU wouldn’t be here. Hank III created all of this: this genre, this scene, this website, your interest, everything. We may not even be able to agree what to call this music, but we can all agree to call Hank III the king of it, and always will be, whether he puts out another country album or not.

It looked familiar, but I didn’t know from where until someone else pointed out that I wrote it in my review of Hank III’s last album Rebel Within. 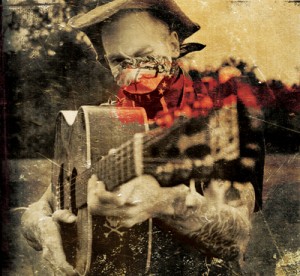 Saving Country Music grew out of “Free Hank III”, which was built to battle Hank III’s label Curb Records that was refusing to release his music. Just like many underground country fans, when I first heard Hank III’s album Straight to Hell, when I first saw the eerie resemblance to his grandfather, so stark you could not deny you were looking at country music royalty, a vision of Hank III rising up to become a formidable force in country music washed over me with a tingling sensation. Like the Outlaws of the 70’s, he could turn Nashville and country music on its edge, and right the wrongs of the past 30 years. He could save country music.

And he almost did. From the strength of his music, incessant touring, and one of the most loyal fan bases this side of The Grateful Dead, Hank III created a colossal movement in music that spawned dozens of new bands, united thousands of fans, and created a vibrant underground in a genre that had never had one before. But Hank III ascended 9 rungs up a 10 run ladder, and then stopped. Maybe because of label troubles, maybe because he didn’t want to ascend to that hillbilly throne, even though it was sitting there waiting for him, ripe for the picking. And ever since some time in the late 2000’s, this huge army of fans, bands, DJ’s, podcasters, bloggers, etc. has sat bivouacked, waiting for marching orders, believing every word of songs like “Trashville” and “Dick in Dixie”.

But marching orders never came. Ideas floated out there to help unite the music were never followed through with. Reinstate Hank became headless. And now loyalty has withered, interest has waned, and disillusion and desertion from the Hank III camp is common. That is the reason I said what I said in that Hank III Rebel Within review, and why it was reposted a few days ago. Because people grumbling about a lack of direction need to be reminded of where it all started. There were others before, but for our generation, it started in earnest with Hank III, and that will never change.

Meanwhile Shooter Jennings was putting his own records out, and creating his own fan base. Shooter was a little more accessible, a little more mainstream, but maybe not with the loyalty or influence. A one-sided feud broke out between Shooter and Hank III, which precluded the two ever joining forces.

Finally, FINALLY, an artist is trying to show some kind of goddamn leadership, in some capacity, whatsoever. 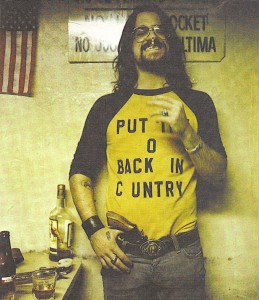 I really hope this is the end of my Shooter Jennings coverage. Unless he does the whole “going back to my roots” bit in a few years, it’s just not germane to what I cover. But I’m very glad that I can dot the period on a positive note… though I will never be able to get behind elements of his new album, I can truly say his live performance was top notch.

I thought that would be my last word about Shooter. Now there’s talk he will have a new acoustic country album coming soon. Meanwhile it might be 2012 before we see another country album from Hank III. Word is he’s focused on his “Attention Deficit Domination” stoner rock project, despite saying in an interview with Outlaw Radio that he was planning on releasing a country album, and either an Assjack or Hellbilly album “within a month” of his contract expiration with Curb. It has now been 2 months, and there’s no word on either project. It has also been since October that Hank III toured. Numerous requests for information or interviews have been denied.

This is NOT a comparison of the two artists, whatsoever, nor any attempt to set up another combative environment between them. It’s simply an observation. Who would have guessed six months ago that Shooter Jennings, SHOOTER JENNINGS, fresh off an album release that had little to do with country, would be the big voice behind unification of “too country for rock, too rock for country” music. On his Sirius/XM radio show, he is playing Rachel Brooke, Jayke Orvis, Roger Alan Wade, Whitey Morgan, Hellbound Glory, and Joe Buck (see playlists here). Meanwhile Hank III has canceled opening acts on his tours, a tool that used to be a big break for underground bands, and his over indulgence of “drinking and drugging” themes has become comedic fodder throughout the country world, including from people who embraced Straight to Hell when it first came out.

I’m not giving any answers here, only questions and concerns. Not criticisms, just observations. I have severe, deep loyalty to Hank III, but I am loyal to the music above any man. As inexplicable as it is to think that Shooter Jennings has now taken the helm from Hank III in the effort to help highly-talented up and coming country bands, it is also undeniable.