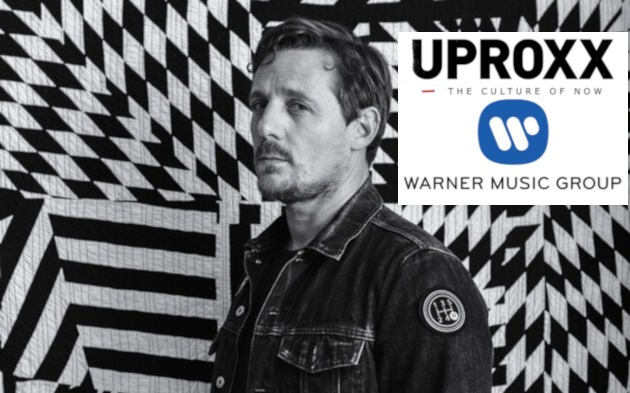 So everyone is still in a tizzy about the recent interview with Sturgill Simpson posted on Uproxx by journalist Steven Hyden that went mega viral over the weekend ahead of Sturgill commencing his arena tour with Tyler Childers. Whether you think the interview was awesome, alarming, disgusting, or just entertaining probably depends on the perspective you bring to it (I certainly had mine). But regardless of how any of us feel, there is a very critical point that needs to be underscored and emphasized while anyone is reading it, and it’s one that few are talking about.

It’s very simple. Uproxx is not an independently-owned media entity that just happened to luck upon exclusively landing the most explosive interview of Sturgill Simpson’s career right before the commencement of a big arena tour with plenty of tickets still available on the market. Uproxx is owned by Warner Music Group. Uproxx is owned by Sturgill Simpson’s record label. Steven Hyden—the journalist who conducted the interview—is an employee of Warner Music Group.

The Uproxx interview is a flaming example of conflict of interest and a compromise of journalistic ethics. It should have never conducted or published. Warner Music Group materially benefited from the interview, and specifically because other print outlets were excluded from interviewing Sturgill Simpson prior to the arena tour, and because the nature of the content was so sensational, it went mega viral, generating interest in Sturgill Simpson’s music, the tour, and Uproxx as a media outlet. Also, all other media outlets are being denied press credentials to the Sturgill Simpson tour, as well as interview opportunities.

This was the exact concern many in the media had in August of 2018 when Uproxx was purchased by a Warner Music Group, including Spin who said at the time, “As these business-focused acquisitions of primarily journalistic entities become more common, the new corporate structures raise obvious questions about basic editorial independence.” Granted, this particular instance has less to do with being independent. It has more to do about being opportunistic.

Furthermore, it was clear Sturgill Simpson had a specific agenda and message he wanted to get out in the interview, and Steven Hyden and Uproxx allowed him to serve that agenda to the public unchallenged, even though there were numerous inaccuracies in the things Sturgill Simpson said, numerous times he contradicted himself (like saying his label was screwing him over, but then admitting he screwed them over by funding his anime film they would never recoup their money from), and said some potentially career-damaging things about important people in the music industry such as Dave Cobb, who was not given fair opportunity to respond. Whether Simpson’s motivation was to take a public stab at Dave Cobb and others, was to piss of his record label to the point where they drop him or let him out of his obligations (from my understanding, it was a 2-record deal, but maybe there were options afterwards), either way, it was Sturgill Simpson who controlled the agenda of the interview, not Steven Hyden.

But this is not about Sturgill Simpson. Sturgill had a message he wanted to get out through the media, and got one over on a journalist. It’s not on his shoulders to make sure the tenets of ethical journalism are upheld. Sturgill even says in the interview about music journalism, “It’s all horseshit. You sit down with a bio writer and they write out what this conversation’s going to be for the next year and a half. And then your publicist sends that to fucking everybody, and then (the media) rewrite their version of the same thing, and they publish it to sell advertising … And now you have a narrative.”

This time, Sturgill Simpson controlled the narrative. Good for him, but bad for the media. It’s up to the media to fact check, and to make sure the interview subject is being dealt with objectively. This did not happen in the Uproxx interview at all. For example, in the Uproxx interview, Sturgill Simpson said, “We’re going on a damn-near sold out arena tour. This is literally the first time I’ve lifted a finger to fucking promote the record or the tour.”

Yet Sturgill made multiple public appearances and gave numerous interviews ahead of the release of his latest record Sound & Fury and the tour, including an appearance on the biggest podcast in the world, the Joe Rogan Experience on September 30th, 2019 where he announced the tour, an appearance at an anime convention on July 21st of 2019 where he announced the album, and appearance on the Beats 1 podcast with Zane Lowe where he debuted the first song on the album, among other appearances. Sturgill also played a series of club shows on the east and west coast, and appeared for 1 1/2 hours on the Trillbilly Worker’s Podcast that was released on February 16th. Granted, the Uproxx interview was the only print media Sturgill Simpson did prior to the tour, but it wasn’t “literally the first time I’ve lifted a finger to fucking promote the record or the tour.”

Now I know what some of you are going to say. “But Trig, Sturgill Simpson torched his record label in the interview!” This is true, and is an important point to make. But trust me, Warner Music Group strongly and specifically benefited from this interview, even if it’s only from the money made off the ads on the interview itself. In the words of Sturgill Simpson, the point of music journalism is “to sell advertising,” and Uproxx sold a ton via the interview due to its explosive nature. Not to mention it also foisted Sturgill Simpson’s name to the front of everyone’s social media feeds, put his concert dates right there in front of everyone’s face, and reminded everybody he just released a new record.

Look, take away whatever you want from the Uproxx interview with Sturgill Simpson. Everything said here doesn’t mean there isn’t anything honest or insightful into Sturgill Simpson contained there. But just understand from a more global perspective that everyone approached this interview with an agenda, and its mere publication was a quagmire of conflicts of interests and compromises in journalistic integrity.

In Sturgill Simpson’s recent interview on The Trillbillies podcast, he said, “Kyle at Saving Country Music, he’s literally the first that wrote about me. He’s always been supportive. But then at a certain point, you have to stop calling yourself a journalist and realize you’re just a butthurt obsessed fan boy, and I’m not going to make ‘Metamodern’ [Sounds in Country Music]’ fifteen times.”

But when I wrote a neutral review (not negative) for Sturgill’s recent record, Sound & Fury—this was not relinquishing my role as a journalist and becoming a “fan boy.” This was me upholding my objectivity to not just give Sturgill Simpson a pass on certain elements of a record that even he has said was produced and released to make it virtually unmarketable. Becoming a fan boy would have been to overlook the issues that were independent of any genre concerns, and grade it positively for the popularity it would have garnered. Saving Country Music has still given more positive press to Sturgill Simpson in his career than anyone, and by a long shot. But objectivity is proving your independence even in the face of unpopularity and fandom.

…and for the record, as primarily a commentary and criticism outlet, Saving Country Music doesn’t even conduct interviews with performers aside from in extreme circumstances specifically to avoid making personal connections with performers and potentially compromising journalistic integrity.

You “stop being a journalist” (in Sturgill Simpson’s words) when you allow an interview subject to walk in and control the narrative to push an agenda, or even work with them to this end, while not challenging them on key points, and then post it on an outlet that has very direct conflicts of interest. And this is what Steven Hyden and Uproxx did. And Steven, just like Sturgill, is a popular guy, and lots of people will come to his defense, as well as to the defense of Uproxx, while labeling Saving Country Music as “just a blog.” But at least this blog did not give Sturgill Simpson the keys to the castle, or exhibit a clear conflict of interest.