Garth Brooks is back, and there’s no denying it when you poke around country music and see his face and name everywhere. But his triumphant return has been one of the most curious cases of missed dates, canceled engagements, and other symptoms of mismanagement from a man whose modus operendi is one of being on top of everything with the precision of one of the most well-oiled marketing teams in music.

The first sign of trouble was with his five Ireland concerts scheduled for late July. This was supposed to be Garth’s big comeback moment that would send the world buzzing in anticipation of a world tour and new music. Millions of dollars were spent on a custom-made stage and multimedia presentation that were manufactured specifically for the Croke Park crowd and venue. It was then crated up on 19 semi-trailers and put on a freight ship to Ireland. But it was all for naught when the local council decided to only grant permits for three of the five Garth shows. Garth could have still moved forward with the three approved performances, but put his foot down, saying five or none. And none it was, as both Garth and the local promoters to a bath in red ink in the debacle that became a heated national debate throughout Ireland with bad blood still roiling over the matter.

In the midst of the Ireland fiasco, Garth Brooks let it be known through his website that there would be a big announcement on 7/7. Garth has a history with the number ‘7’ and one of the themes of his comeback has been, “The 7’s are aligning.” However on 7/7 we didn’t get a big announcement. Instead we got the announcement of another announcement and press conference that would be held on July 10th. The July 10th press conference did go down as planned, and did establish some important benchmarks of the Garth comeback and answered some questions about what fans could expect, but it did not answer any specifics about when the Garth Brooks world tour would commence, or when we could expect new music from the entertainer specifically.

Even at the July 10th press conference, Garth went into it unsure himself if and when a new single would be released. There were somewhat awkward exchanges between Garth and label representatives in the crowd about what should be said, but it still seemed like we could expect a new Garth Brooks single soon.

Then later in the week of the July 10th press conference, rumors began to swirl that a new Garth Brooks single would be released in less than two weeks. This was confirmed when the country radio trade periodical Country Aircheck ran an ad in their July 14th issue from RCA Nashville telling fans to expect “New music coming next week.” 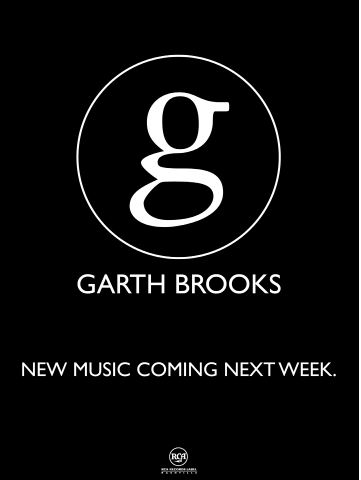 But next week came, and there was no new Garth. Instead we got word of a delay, and when the next issue of Country Aircheck came out on Monday, July 21st, the ad now stated, “New music coming soon.” 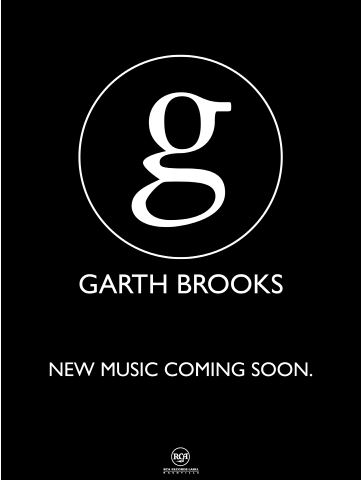 Then reports came out that we could be expecting a new Garth Brooks single on Monday, 7/28. But apparently there’s a chance there has been yet another delay, and one that could take the release of the new Garth Brooks single all the way into September. Multiple radio programers, including Bree at KJ97, Scott Clements, and The Ant Man at 102.5 KNIX say to not expect new Garth until September. Saving Country Music placed a call to RCA Nashville to try to confirm when the single will be released and why there was a delay, but no comment was given. According to Windmills Country, the single delay has to do with wanting to set up Garth’s online digital store. The digital store with Garth’s music finally being made available digitally is another thing fans have been promised, but the dates have come and passed with no sign.

The above ads in Country Aircheck are not cheap, and the questions surrounding the new Garth single seem to hint to a deeper communication disconnect in the Garth Brooks camp.

In the end, Garth Brooks will probably be fine. He will sell out whatever stadium he books, and his new album will be a blockbuster. But he can’t take fans and the public for granted. He’s been gone as a full time musician for 13 years, and he’s re-entering mainstream country in a time where social networking and digital music rule the day, and everything he says and does will be set in stone and spread across the internet in mere moments. The world is not going to bend to the will of Garth Brooks, though as we saw in Ireland, Garth will try. Garth has got to prove his worth to an entire new generation, and there’s probably nobody more aware of this than Garth. But the beginning of his triumphant return has not been pretty, and has to be better if he wants to do make music at a level he’s “never seen before.”