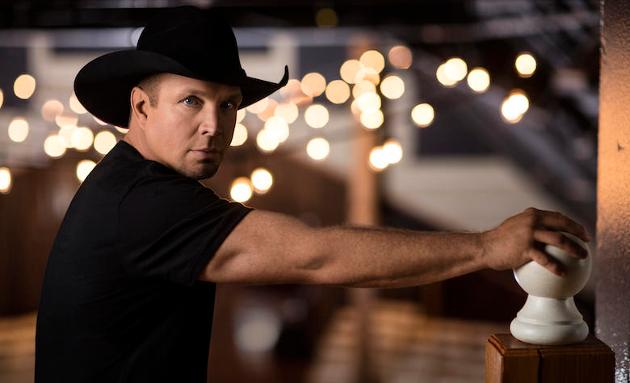 When Garth Brooks first announced he was going on a “Dive Bar” tour to promote his current radio single of the same name, you can be assured there were a few groans emanating from the country music peanut gallery, and probably an off-handed Chris Gaines wise crack or two. That’s just the way it goes with Garth and some country fans, and that was before the locations of these seven supposed “dive bars” began to be revealed. The first was Joe’s on Weed Street in Chicago that Garth played on July 15th. With an 800 standing capacity, this is the venue some bonafide headliners in Americana and independent country play when in Chi-town. It’s not exactly The 5 Spot—Nashville’s semi-revered east side dive that Lady Gaga appeared at when she was doing a similar promotion back in 2017.

The name of the tour is definitely a little dubious for the venues Garth has selected to play so far, but the idea is to promote his “Dive Bar” radio single, and so it’s understandable. When he’s not playing 800-capacity venues, Garth is selling out stadiums. So on the sliding scale of Garth, sure, call Joe’s on Weed Street a dive bar. The two other announced venues on the tour have been Buck Owens’ Crystal Palace in Bakersfield, CA, and Gruene Hall in New Braunfels, TX. Both inescapable cultural landmarks in their respective country music regions, some local country fans and boosters took a little offense to Garth calling them “dives.”

But those complaining about Garth’s efforts here are missing the bigger picture. No different than supporting your favorite artists as a country music fan, the local venues and privately-owned radio stations that help develop up-and-coming talent and give opportunities to older artists later in their careers are vital to help keeping the country music farm system alive and well.

“It’s awesome that Garth wants to return to his roots and play a few small honky tonks that he played during his rise to the top,” long-time Gruene Hall booking agent and talent buyer Tracie Ferguson tells Saving Country Music. “I think he recognizes the significant role that smaller venues play in keeping country music going. He played at Gruene Hall a long time ago. We are honored that he remembers us and wants to come back experience it again.”

Instead of putting tickets up for sale for these select shows, Garth Brooks is only making tickets available through giveaways by local radio stations. Similar to supporting the venues themselves with these shows, Garth is also sparking interest in certain important broadcasters in the surrounding areas.

“It is exciting to us because Garth has chosen to promote his show at Gruene Hall exclusively on country radio stations and is limiting his tickets to only die hard country music fans, so we think that is really cool for the fans and also this will let folks know about Gruene Hall and the Gruene Historic District who may not have known about it previously,” says Gruene Hall co-owner Mary Jane Nalley.

While playing at the Crystal Palace in Bakersfield on August 15th, Garth spoke highly of Bakersfield’s contributions to country music, and the importance of the Crystal Palace specifically. “I’m standing here thinking about all the things that Bakersfield has done for us,” he said towards the end of the 70-minute set backed by his full six-piece touring band in front of about 600 people. Garth gave Buck Owens credit for calling him when he was an up-and-coming artist, and insisting he keep ownership of his masters in whatever major label deal he signed. Garth called it, “…the phone call from Buck Owens that changed my life … I came to his funeral here to pay my respects.”

Garth Brooks also proposed to his current wife Trisha Yearwood at the Crystal Palace in 2005. Garth may have played one of Bakersfield’s final remaining country music landmarks as part of a unique radio promotion, but that doesn’t mean it wasn’t a sentimental sentimental stop for the 57-year-old.

If you want to know just how much it means to these venue owners to have Garth Brooks play, just look at the efforts a few of them across the country are putting forth to lure Garth to choose them as a “Dive Bar” tour stop. Bobby Mackeys in Wilder, KY has an entire promotional campaign currently underway to lure Garth to town, and even threw a rally covered by the local news station.

Yes, the whole thing is very “Garth.” But it’s also bringing some important attention to venues and radio stations that are getting squeezed in the current LiveNation and Cumulus/iHeartMedia monopoly that locally-owned business must compete with. The name might be a little forced since Garth is trying to promote a radio single of the same title. But the impact of Garth’s “Dive Bar” tour has definitely been important on the local level, with four more stops still to be named.