The Greatest Hank Williams Tribute Songs of All Time 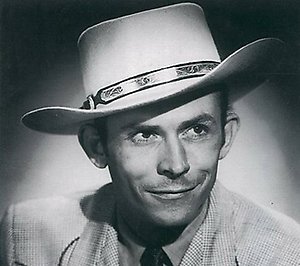 Off of Darrell Scott’s 2006 album Invisible Man, the song went on to be nominated for the 2007 Song of the Year by the Americana Music Awards. Excellent video as well with many Hank Williams landmarks featured.

Written by Ashley Monroe at the tender age of 17, “Hank’s Cadillac” is Ashley attesting she would have figured out a way to keep Hank alive if she had been on his now famous “Last Ride.”

“If He Came Back Again” – The Highwaymen

Though this song was recorded to be included on the final Highwaymen album The Road Goes On Forever, it didn’t make the final cut initially. However when the album was re-issued, it was finally released, and today it remains one of the album’s most popular tracks and a beautiful tribute, despite the somewhat wonky harmonies in the chorus by the cantankerous Highwaymen. Written by Barry Alfonso and Craig Bickhardt.

“I saw a shotgun and a guitar and a six-pack of beer
A sign on the front door said ‘Guess, who lives here’
An old red bone hound that looked older than time
And an old man that’s sure he was only twenty-nine”

Originally written by Dave Alvin of The Blasters, while Dwight Yoakam was on tour opening for the band early in his career, he heard the song and recorded it himself in 1989.

The title track off of Moe Bandy’s 1976 album, it was written by Nashville Songwriter Hall of Fame inductee Paul Craft. One of the most recognizable Hank tributes.

Arguably the most chilling tribute to Hank, co-writer Gary Gentry once told Billboard, “There’s a mysterious magic connected with this song that spells cold chills, leading me to believe that it was meant to be and that David Allan Coe was meant to record it.” He swears when he went to look up the date of when Hank Williams died while writing the song, he opened the book to the exact page where the date was found, and that once when performing the song at the Grand Ole Opry House, as soon as he said the name “Hank” in the last verse, the lights and power went out in the building. “The Ride” was also written by J.B. Detterline Jr., and was released by David Allan Coe in February of 1983. It is also one of the most commercially-successful Hank tributes, coming in at #4 on Billboard’s Hot Country Songs chart.

Another commercially-successful Hank tribute hit, it tells the story of Alan Jackson visiting the graves of Hank before headlining a New Years Eve show and seeing Hank’s ghost. The song hit #3 on the Billboard Hot Country Songs chart, and Jackson co-wrote the song with Don Sampson. “Midnight in Montgomery” also had a successful video that won the CMA Video of the Year in 1992.

As much as a storyteller song as a tribute, it features Hawkshaw Hawkins talking in segments about Hank’s life. It was released in February of 1953, and co-written by Louie Innis. Hankshaw Hawkins would die unexpectedly himself in the same plane crash that killed Patsy Cline on March 5th, 1963.

From 1987’s Johnny Cash Is Coming To Town album produced by Jack Clement.

This was the very first Hank Williams tribute song ever written. As Hank fan and traditional country performer Joey Allcorn explained to Saving Country Music surrounding the release of his album Midnight: The Death of Hank Williams:

“To me it was an interesting song because it was the very first Hank Williams tribute. Nowadays, doing a Hank Williams tribute is just sort of par for the course. This particular song that we’re centering the project around, it just captures a very basic feeling that happens after some sort of tragic event. The lyrics that are on display [in the museum] tell a similar story, because it was a woman in Montgomery who heard the words on the radio as a child, and they meant so much to her that she wrote them down. If you go to the Hank museum, they’re still sitting there by Hank’s Cadillac. It’s the handwritten lyrics of this little girl wrote after hearing this song, and when she was upset or sad.

One of the most unique collaborations in country music history with Ol’ Hank as the conversation piece, it was was released on Hank Jr.’s 1979 album Whiskey Bent & Hell Bound album first, but showed up on Waylon’s Waylon & Company a few years later. “The Conversation”—written by Waylon, Jr., and Waylon’s long-time drummer Ritchie Albright, was one of the very first country music songs to feature a video. It was a Top 15 hit.

The first song on their 2009 self-titled LP.

“Are You Sure Hank Done It This Way?” – Waylon Jennings

” “Hank, It Will Never Be The Same Without You” – Ernest Tubb

” “The Great Hank” – Robert Earl Keen (About Hank in drag)

” “When You Died At Twenty-Nine” – Slaid Cleaves

” “If Ol’ Hank Could Only See Us Now” – Waylon Jennings

” “Tramp On Your Street” – George Jones

A Selection of Other Great Hank Williams Tributes: