The Josh Abbot Band Had a Rough Week 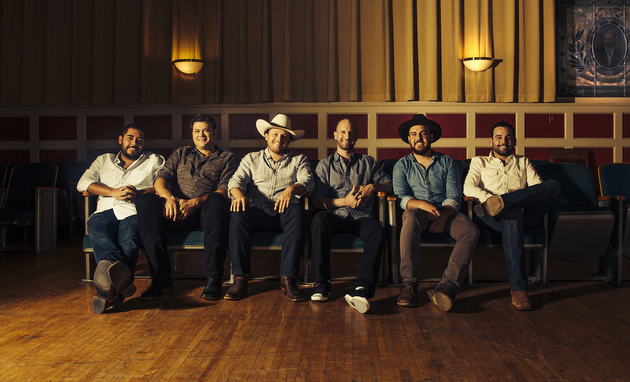 Things could be worse in your life. You could be in the Josh Abbott Band at the moment, which means you’ve probably experienced some massive calamity recently. Despite their continued success as one of the very top acts in Texas country, they’ve gone through a string of unfortunate incidents over the last week or so that has resulted in the band announcing they’re taking a breather, and canceling their upcoming shows for about a week.

Last Saturday, July 23rd could be easily described as a hell day for the band. As they were bivouacked in Las Vegas to play a show, Josh Abbott was suffering from dehydration and decided to take an IV to help recover. He then experienced an allergic reaction to the IV, causing his asthma to flare up and his throat to constrict. Paramedics were called, and they were worried he may go into cardiac arrest so they rushed Abbott to the hospital. He was released later that evening after getting the all clear, but it was a harrowing experience nonetheless.

Meanwhile the bass player for the band, James Hertless, lost his grandfather on Saturday—the day after the war veteran’s 64th wedding anniversary. Part of the reason for the canceled upcoming shows is so Hertless can attend the funeral.

And possibly the most bizarre part of the Josh Abbott Band’s Saturday is apparently two of the band members “discovered a dead body in Vegas in a horrific manner.” Yikes.

Yet beyond all this drama is the strange story out of Palestine, TX, the home of the annual Hot Pepper Festival every October. Apparently the Josh Abbott Band had a preliminary agreement to headline this year’s festival with the “Hot Pepper Festival Committee,” but when the decision made its way to the Palestine City Council, it got shot down by a couple of council members who said they’d never heard of the band before.

Apparently former winner of The Voice Craig Wayne Boyd was the Pepper Fest headliner last year, and that was the style of performer the council was more happy with. “It scares me to know this band is $7,000 more than last year, and I knew the guy back then. I don’t know this guy,” said councilman Joseph Thompson according to the Palestine Herald-Press. Councilwoman Vickey Chivers had no clue who the Josh Abbot Band was either. Not that Facebook “likes” are any indication, but The Josh Abbott Band nearly doubles up on Craig Wayne Boyd in that department, and has been around for longer, and is better known in Texas (aside from Palestine, apparently).

The event’s organizer Heather Hrebec tried to explain that Josh Abbott was the least expensive of the acts the festival was considering for the headliner spot, while time was running out to book any headliners for the festival that’s now just three months away. Another councilman pointed out that the reason to pay a headliner is to help draw patrons to the event, and the longer the council took to make a decision, the less likely they were to find a headliner at all, and for an affordable price. Nonetheless, the council decided to table the decision, and do more research before coming to a conclusion.

Ultimately, the Josh Abbott Band made the decision for them, pulling their name out of consideration.

“The Hot Pepper Festival Committee is disappointed in the band’s decision not to perform at the festival. The committee will seek other entertainers for this year’s festival,” the committee said in a press release.