The Legacy Daryle Singletary Leaves Behind (a Eulogy) 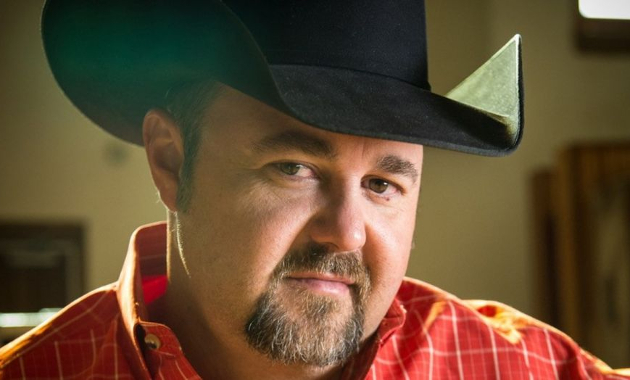 Country is not just a genre of music. It is a heritage that spans generations, and gives people from rural areas and the American West their cultural identity, with living ties to their ancestors and native home. It is through these ties that people feel a sense of purpose, pride, and fulfillment other music just cannot bestow, and it is what is tragically lost when those traditions are eroded or taken away. Country music is like a living, breathing, historical construct unfurling across a timeline that binds people to who they are and where they’re from forevermore. It is something that helps people understand they’re a part of something bigger than themselves. It is the life stories of the rural dweller and the blue collar worker told through song. And though others are more than welcome to observe and enjoy, it will always be a music tied to a specific people.

This is what many misunderstand when they expect country music to evolve on an expedited schedule, or incorporate influences from other genres to the point where the music is indiscernible from other genres, and its historical timeline becomes in peril of breaking, or becoming so strained that it is rendered weak to resist adverse elements from encroaching on its borders. Country music must be able to define itself, or like rock, it risks dying. And if country music dies, those stories, and that legacy and lineage of all those people and places as a living, breathing entity could be lost with it. Country music isn’t just music for people, it is the music of a people, from a people, and by a people.

Daryle Singletary wasn’t just a “90s country star” as some have characterized. Yes, the mid-90s were the period when Singletary he enjoyed his commercial apex. But his career was so much more, and was arguably the most critically important and impacting in the here and now. Over the last few years, Daryle Singletary had found a new home among artists who make it a point to preserve the roots of the music, not just for themselves, but for future generations, and to be a counterweight to what is currently happening in the mainstream. With his 2015 record There’s Still a Little Country Left, and then with his 2017 duets record with Rhonda Vincent of mostly country standards called American Grandstand, Daryle Singletary re-affirmed his commitment to preserving the music and legacy that had given him great opportunity in his life.

Daryle Singletary was perfectly willing to bid his big mainstream country music career goodbye as opposed to compromising who he was to hold on to it—an oath and affirmation most all traditional country artists must make if they are stay true to themselves in these times. At the same time, Singletary was re-affirming other things in his life as well, including his faith, and his commitment to family by starting one of his own. When he passed away unexpectedly at the age of 46 on Monday, February 12th, he was the father of a 3-year-old named Charlotte Rose, a 5-year-old named Nora Caroline, and two 7-year-old twin boys, Mercer and Jonah.

The music Daryle Singletary made may have sounded old, but when he passed away, he was so very young, and he leaves an even younger family behind that it is hard to not hurt for. But what he also leaves for them and all of us is a legacy of songs, performances, relationships, and principles that his family, fans, and country music can be proud of, as opposed to one full of compromise, and words and songs that will not last until his children are adults because they’re tied to trends instead of the tried and true modes of true country music.

The legacy a country music artist leaves is not just measured in hits, or how many awards they hold. It’s also measured in how well they held fast to who they were. It’s measured by their stewardship of the music, and the influence they leave for future generations. Daryle Singletary left us way too early. But by grace he also left after he fulfilled a solemn and important purpose every country artist should fulfill before the end of their career—which is proving their commitment to the music beyond their own body of work.

Daryle Singletary may be gone, but his music will linger, the spark of his life will still remain in his young children’s eyes, and the legacy of country music will be better off because he was here, and remained himself amid the hardest era for a traditional country performer. Now and forever, when people ask, “What is country?” we will be able to point back to the life and career of Daryle Singletary as a shining example.

A YouCaring campaign has been created to help pay for Singletary’s funeral expenses.