The Letter Johnny Cash Wrote to Himself 50 Year Ago Today 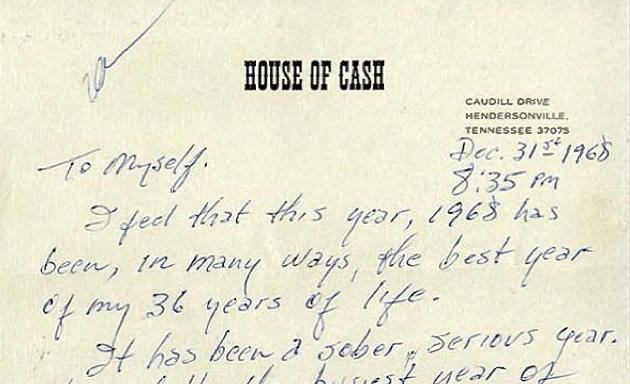 50 years ago today, New Year’s Eve 1968, Johnny Cash took time from whatever revelry the night might’ve had in store for him to write a letter to himself. It was Cash’s capstone to what he considered the most important year of his career and personal life, and many Cash fans and historians would probably concur. From his marriage to June Carter, to playing his legendary show at Folsom Prison, to touring England and taking a vacation in Israel, it was all dictated in endearing Johnny Cash fashion on five pieces of House of Cash stationary between 8:35 pm, and 9:10 pm, December 31st.

This detailed glimpse into Johnny Cash the man shows the incredible specificity with which he recalled his year, naming off many of the people involved with the now historic concert at Folsom Prison, from Glen Sherley, who was the prisoner who wrote “Graystone Chapel,” to even a young reporter named Gene Beley, who worked for the Ventura Star Free Press, and was one of the few people there who saw the event from behind-the-scenes. On his trip to Israel, Cash remembers each place he saw with great clarity, even spelling (most) of the places out accurately from memory.

One funny note about Johnny Cash’s recap is that he segments it into numbers, but there’s two #4’s, and two #5’s. It’s a snapshot of Johnny Cash’s life at his apex, and hard to not feel his magnanimous nature as he makes mental notes of what he’s accomplished, while also taking time at the end of the note to remember others.

As the close of another year brings the inevitable stock taking of our own lives, Johnny Cash imparts lessons how how best to be grateful, humble, and think about others when looking at one’s life. 50 years on, and we’re still learning from Johnny Cash.

The note was originally unearthed by Johnny Cash’s son, John Carter Cash, and was included in his book House of Cash: The Legacies of My Father, Johnny Cash, from 2011. For people having trouble reading the note itself, a rough translation can be found below. 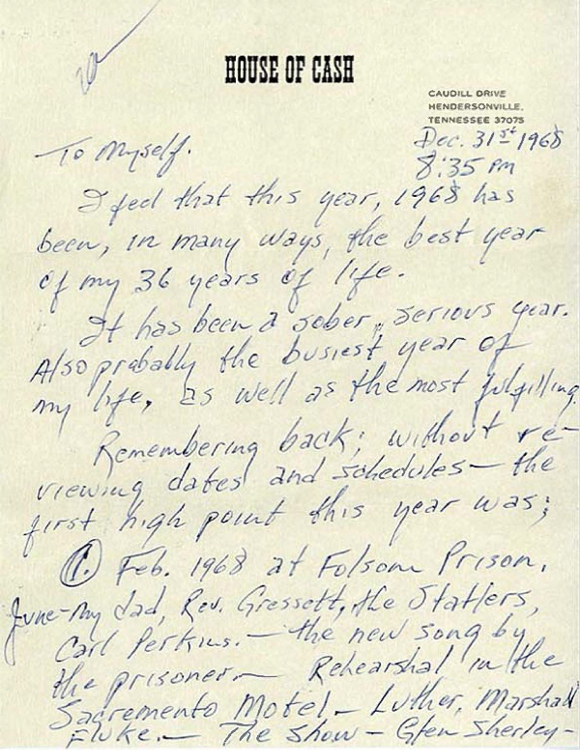 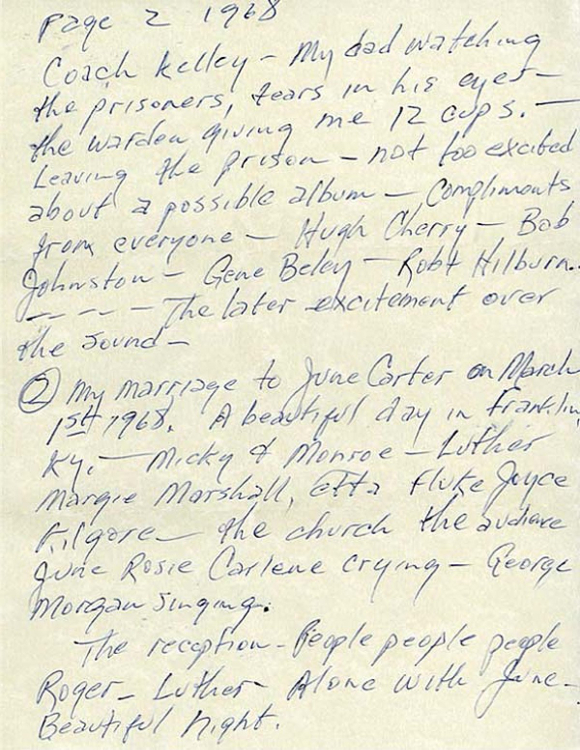 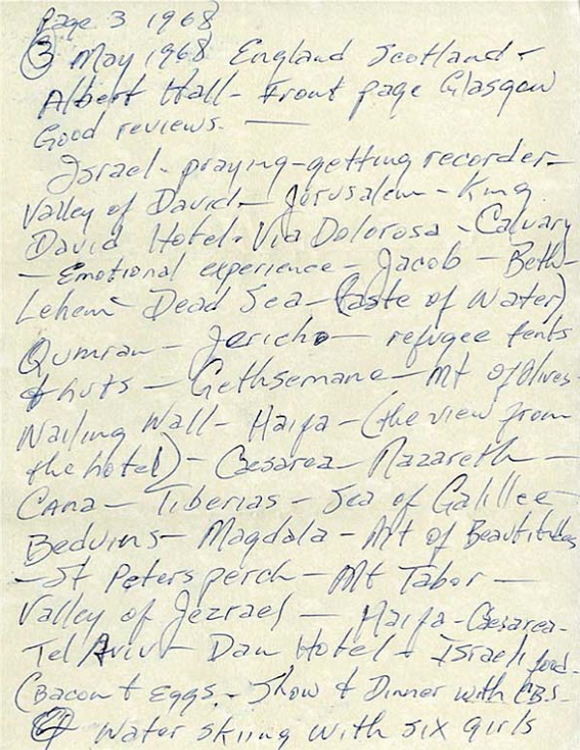 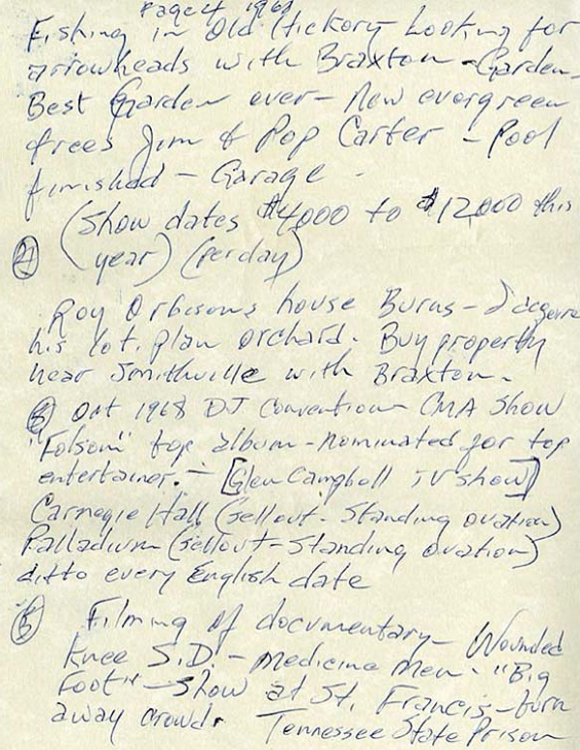 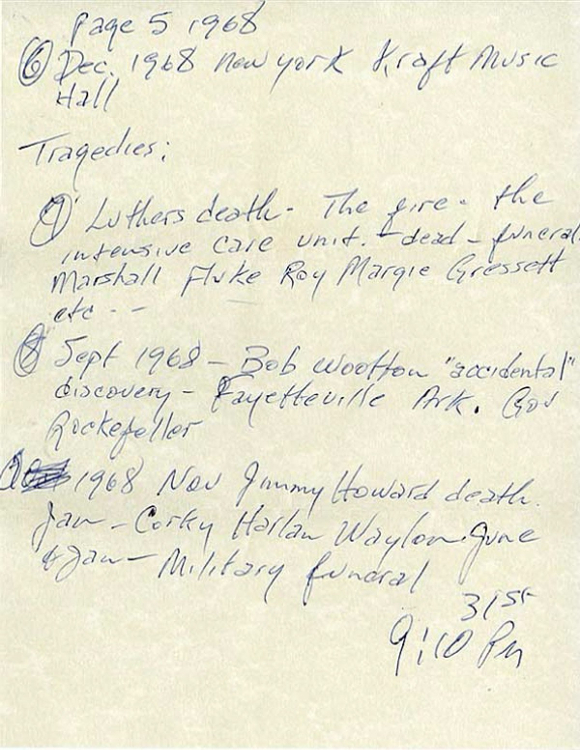 To Myself,
I feel that this year, 1968 has been, in many ways, the best year of my 36 years of life. It has been a sober, serious year. Also probably the busiest year of my life, as well as the most fulfilling. Remebering back, without reviewing dates and schedules—the first high point of the year was;