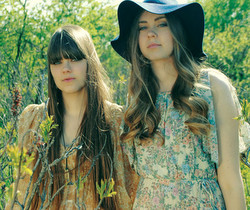 It’s always somewhat of a sticky proposition when mainland Europeans attempt their hand at American roots music. You have to tip your hat to them. European’s fervor for American roots seems to be in no less degree than it is here in the States. In fact in many instances, Europe supports American roots music even more than the folks right here in the native land that birthed it. Many American independent country and roots bands have paid their way in life by touring Europe, and were doing so way before Mumford & Sons was selling a million records.

Nonetheless, there’s something about the Old World ear that seems to handicap native European artists when they attempt to re-create the American roots experience. It’s a once removed syndrome, like they see the forest, but not the trees. In many instances I’d rather hear European’s take on their own roots music with maybe an American roots flavor. These are the European roots bands that tend to perk my ear. I heard the Dali Llama once say he didn’t want Americans to convert to Buddhism. He wasn’t discouraging it either, but he said the religions that fit more into their history and customs would probably be better fit for Americans. I think there’s a music equivalent to this philosophy.

Being an American-flavored country roots band from the UK is a tough enough proposition. Take two girls whose native tongue isn’t even English, and tackling the task of trying to get the North American continent to pay attention to what they’re trowing down seems even more daunting. But that is exactly what the Sorderberg sisters from Sweden have done with their sincere and authentic, yet still individualized take on Americana called First Aid Kit.

If it wasn’t for me taking three paragraphs to explain it, listening to First Aid Kit’s music for the first time you would have never guessed they weren’t from Bloomington, or Boise, or Bakersfield. And that’s not just from their lack of accents or their skill at interpreting American roots, it’s because your ear trains on how excellent their harmonies are–the type of tight harmonies that can only be synced with such precision by sibling familiarity–and how sparkling, yet earthy their songwriting is, rendering notions about nationality or native tongue as trivial. 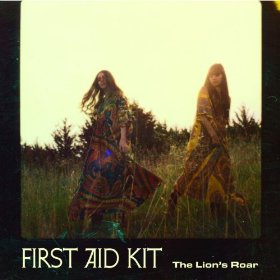 First Aid Kit isn’t just advanced for their adeptness at Americana as foreigners, they’re advanced for their age. Hell, I think there’s more than just a few American country and roots bands that could learn a few things from what First Aid Kit is doing, especially in their use of language. And for two young, sweet sisters, First Aid Kit features some bite. There’s no sonnets to cute boys here, there’s serious forays into the depths of the human soul with a dark shade cast over almost everything they do, partly due to the Depression-era Carter Family closeness of their harmonies. First Aid Kit is the sound the soul makes when it weeps intensely. It awakens memory like the most treasured of family artifacts.

Johanna and Klara’s tones match so sweetly, but separate with distinction when one sings alone. You crave their voices. This is music meant to move you. It’s from old souls, to old souls, steeped remarkably in the modes of the colorful, poetic tendencies of the English language, and the American dialect specifically. They make you feel ashamed in places that you do not know how to wield English words so well. Each song takes you somewhere–has a purpose or a moral. By the end of this album you’re both exhausted, and fulfilled.

And classic country fans shouldn’t immediately wince at this music as too artistic or fey. Songs like “Emmylou,” or their rendition of Tammy Wynette’s “Stand By Your Man” show that First Aid Kit’s study of American country music has been tedious. At the same time, the mark of their Swedish perspective is an indelible and positive attribute. The Nordic balladry and epicness, and the romanticism of the human experience affords this music an old, folkloric sound full of meaning and impact.

First Aid Kit’s simple attention to harmonic bliss is just the kind of substance roots music needs as it enjoys the rising action of commercial acceptance. And it’s something Americans need to remind them how relevant and enthralling the primitive modes from where popular American music came from can still be. In Sweden, First Aid Kit is pop music. In America, we could only be so blessed.

Preview & Purchase Tracks from The Lion’s Roar (only $5.00) right now)