William Elliott Whitmore Releases New Album “I’m With You”
If You Missed It: Hall of Fame’s “Big Night at the Museum” Event
Randall King – Takin’ It As It Comes (Official Music Video)
New Chris Stapleton Song “Arkansas”
The Steep Canyon Rangers Release New Album “Arm In Arm”
Lucero – Outrun the Moon (Official Lyric Video)
“It’s Over” – An Original Song by The Petersens (LIVE)
Eric Church – “Through My Ray-Bans” (Official Lyric Video)
Nick Shoulders | “Too Old to Dream” | Western AF
Charley Crockett – “The Man That Time Forgot” (Official Live Video)
New Tyller Gummersall Song “Singing These Songs For You”
Brandy Clark – Who You Thought I Was | Live at the Grand Ole Opry
May 24, 2016

The Log Jam at MCA Nashville Is Finally Breaking 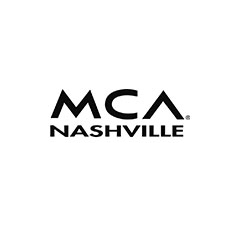 One of the biggest questions coming off of Music Row at the end of 2015 was what the hell was going on at MCA Nashville. Artists on the roster not named Sam Hunt seemed to be in perpetual limbo and lost in time when it came to new music and new albums. Gary Allan, Josh Turner, Clare Dunn, and David Nail appeared to have their careers put indefinitely on hold, and the recent albums from Kip Moore and Vince Gill took forever to make it to market.

Well perhaps all the bellyaching by fans and the sabre rattling by certain media outlets finally helped shake the MCA Nashville log jam loose, and all of a sudden the label has become downright prolific.

It started when long-time MCA Nashville artist Gary Allan switched to EMI Nashville. Though this left Gary officially with the same parent record label in Universal Music, it meant he might have new latitude after his 2015 single “Hangover Tonight” failed at radio and left his career and upcoming music up in the air. EMI Nashville has wasted no time in getting new music from Gary Allan ready, and a new single called “Do You Wish It Was Me” has been shipped to radio for a June 13th release.

Josh Turner also had a single that under-performed for MCA Nashville called “Lay Low” released in September of 2014. Since then, nothing new had emerged from the Turner camp until a new single called “Hometown Girl” was released on May 13th. The song may be nothing to write home about, but for Josh Turner fans it’s a positive sign that hopefully a new album is not far behind.

David Nail is another MCA Nashville artist whose career seemed to be stuck in limbo, and on Friday (5-20) new music emerged from the Missouri native as well. Nail announced a surprise five-song EP called Uncovered consisting of four cover songs and an acoustic version of a previous song, and chased it with the details of a new, full-blown album called Fighter that will be released on July 15th, 2016.

The only female on the MCA Nashville roster is also pushing new music finally, though it might have been better kept bottled up. Clare Dunn’s single “Tuxedo” is working its way to country radio, and likely grating on the nerves of country music’s more traditionally-leaning listeners. But once again it shows movement from a MCA Nashville artist where there hadn’t been much previously.

Whether fan pressure has put the MCA Nashville staff into hyper-drive, or it was their master plan to have a big spring the entire time, stuff is finally starting to churn at the label. And whether you’re a fan of what they’re churning out or not, it’s a better alternative than hamstringing artists and putting careers on hold either partially or fully due to the performance of singles the artists probably didn’t want to release in the first place. For now, MCA Nashville has reversed course, and hopefully its artists will be better off for it.