The Loudermilks Live Up To Their Name w/ Debut Album

What’s in a band name? Usually not much more than a moniker to delineate one act from the rest; a bastion for inside jokes and often-misunderstood innuendo soaring over the head of the common listener. With The Loudermilks however, the name tells you all you need to know.

“Loudermilk” is the original surname of famous country music siblings Ira and Charlie, otherwise known as The Louvin Brothers. And don’t forget their cousin John D. Loudermilk who still wears his last name proudly, and has one of the most impressive lists of songwriting credits you can find in country. But the Louvin Brothers, their close harmonies, and their legendary compositions like “Cash on the Barrelhead” and “Satan Is Real” aren’t the total expanse of their country music influence. The brother duo became the nexus between East Coast traditionalism, and West Coast country rock in the 60’s when Gram Parsons, who’d seen the Louvins opening for Elvis as a kid, starting cutting songs such as “The Christian Life” with The Byrds, and later “Cash on the Barrelhead” by himself.

For those versed their country knowledge, they know The Louvins have much more to do with country rock than their purist, traditional country lineage would lead on, and that cross continental and multi-generational sound is what the new band The Loudermilks look to invoke on their debut, self-titled album. 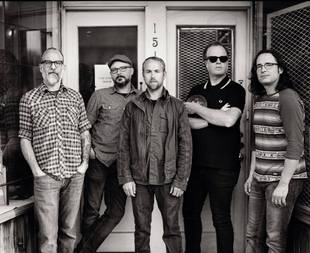 It’s a new album, and a new band, but the principals of The Loudermilks have been around for a while, and are known in some of the old alt-country circles that have recently been gobbled up by the all-encompassing “Americana” term. Brothers Alan and Chad Edwards were the frontmen for the late 90’s outfit called Lou Ford, whose multiple albums during the late 90’s alt-country heyday made them contemporaries of bands like Wilco and Whiskeytown, wearing their country roots proudly while imbibing them with a rock and roll attitude. The Edwards brothers are joined by the Lou Ford drummer Shawn Lynch now on bass, making The Loudermilks 3/5ths of the old outfit.

This initial offering from The Loudermilks finds the band ranging from the bluegrass-inspired and steel guitar-drenched opening number “Watch ‘Em Fall”, to the the nearly straightforward rock styling of “The Plan”, accomplishing all with equal ability to enrapture the audience and appeal to whichever musical leanings the listener happens to carry. And of course, the foundation for all the Loudermilk’s numbers are the brotherly harmonies that have that uncanny closeness and ability to match each other like only blood relation can illustrate. 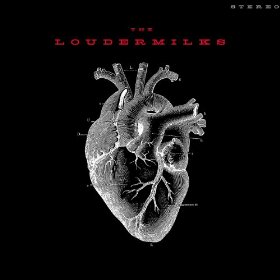 For a close harmony clinic, check out their song “Broken Record”, so aching and forlorn, first referred to by the guitar riff, but then brought to greater heights by the Edwards brothers’ harmonies. “Jim Dugan” is another exceptional track, with brilliant steel guitar. There’s some great mandolin work on this album as well, and robust instrumentation throughout, without getting in the way of the compositions.

There were a couple of misses in the track list too, like the song “Come Along With Me” that felt a little sophomoric compared with the overall direction of the album. And there’s also the more global concern that The Loudermilks are trying to play 90’s alt-country to a 2014 Americana crowd. But where they have a leg up on the young blood Americana competition all decked out in their suspenders and fedora hats and playing their earnest and emotional songs more in theater than in authentic reference, is The Loudermilks have roots in the music that run deep. The Edwards brothers, originally from Georgia, are now living in Charlotte, North Carolina aren’t just versed and influenced by the Americana and alt-country byproducts, but the old school country and rock origination points of the music, and you can hear this in their sound that is intelligent, lively, and multi-dimensional.

It’s a little difficult to determine how seriously The Loudermilks are taking this project beyond their debut album. The roots of this band, Lou Ford nothwithstanding, trace back to four years ago, but this is the first recorded music we’re hearing from them. Whether we see them out there on the road for more than long weekends, or if this is more about getting the old band back together and making some fun waves in North Carolina, their debut album is worth a deep listen.

Purchase The Loudermilks on BandCamp

Purchase The Loudermilks on Amazon