The Most Notorious “Gone Country” Moments

Recently Brad Arnold from the rock band 3 Doors Down told Billboard he’s planning to “Go Country” on his first solo album. In 2013, stories of entertainers that “go country” are routine occurrences instead of reasons for surprise, intrigue, or outrage, because country music has officially become the default repository for talent fleeing the collapse of mainstream rock or the place to find strength in the twilight of a dying entertainment career.

Here are some of the most notorious “gone country” moments over the years. 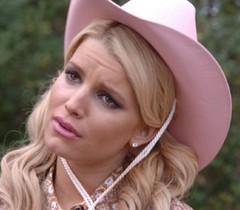 Even the traditionally pliable, easily-wooed pop country fan saw through this one. When Jessica Simpson told the world she wanted to go back to her roots, she unfortunately didn’t mean skipping her weekly peroxide treatments. Though curiosity factor and a catchy single in “Come On Over” garnered her some minor attention, her first (and only) country album, 2008’s Do You Know only sold a grand total of 173,000 copies, and Simpson quickly scrapped her “gone country” charade. Simpson’s low point was reached when fans at the Country Thunder Festival in Wisconsin notoriously booed Simpson virtually off the stage. 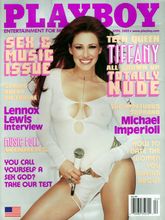 When the pop world got tired of her teen icon bit, her boobs were no longer buxom enough for Playboy, and after she was the very first contestant to get booted from, get this, “Hulk Hogan’s Celebrity Championship Wresting,” 80’s flash-in-the-pan Tiffany turned to country music to try and stop the circling of the drain known as her entertainment career. Remember her 2011 country debut Rose Tattoo and its lead single “Feel The Music”? Yeah, me neither. How did Tiffany promote her first country release? By going on tour with another 80’s teen idol, Debbie Gibson, in a retrospective dubbed “Journey Through The 80’s” that featured the two rehashing 80’s pop songs as well as performing Broadway show tunes. Now if that ain’t country…

Alright, so the punchline here is that the bald-headed goofball who regularly runs himself out of breath during highlight reel on Fox’s NFL broadcast actually did have a career in country music. But you know what, the 4-time Super Bowl winner and Football Hall of Famer wasn’t half bad when he belted out his version of Hank Williams’ “I’m So Lonesome I Could Cry.” Believe it or not, the song peaked at #17 on the country charts in 1976. Two Bradshaw country albums in 1980 had not nearly the success though, and Bradshaw eventually dropped back 20 yards and punted on his dream of being a big time country star. 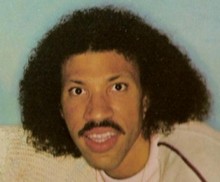 Worst “gone country” story ever? Lionel is in strong contention for not even offering up original material, but simply taking the track list from his “Greatest Hits” album and rehashing it into pseudo-country songs with the help of a cavalcade of pop country puppets…and Willie Nelson. Country music rolled out the red carpet for Lionel like no other pop gone country performer before, with the ACM’s giving Lionel his own prime time special. The result? Richie’s “gone country” album Tuskegee was the best selling album in all of country for the first half of 2012, despite not one song on the album being anything the public hadn’t heard before, and without the album producing even one single with any significant radio play. And for this, yes, we did use the most unflattering picture of Lionel we could find.

Can you get any more pompus than superimposing yourself on the set of The Johnny Cash Show, sharing the stage with the Man In Black? Well that’s what Everlast, the front man for the 90’s rap group House of Pain did back in 2008 when he remixed Johnny’s “Folsom Prison Blues” with House of Pain’s only hit “Jump Around.” This wasn’t Everlast’s first run at country rap. In 2004 he released an album called White Trash Beautiful that had a country-rap feel; his first on the rap label Def Jam. The album was panned by critics, was a commercial flop, and Def Jam dropped him. 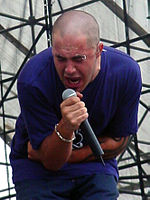 When the whole late 90’s angst “children of divorce” bit had run its course, singer Aaron Lewis of the depresso rock band Staind shed the eyebrow ring and started playing solo acoustic shows and calling them country after his rock radio support dried up, and despite the songs sounding no different from his acoustic rock solo work. His lead country single “Country Boy” was laughable at best, with self-aggrandizing lyrics and a silly self-righteous video. His second single, the formulaic “Endless Summer” had the dubious distinction of being the first song to name drop Jason Aldean.

Things did improve slightly on Lewis’s first LP, The Road. 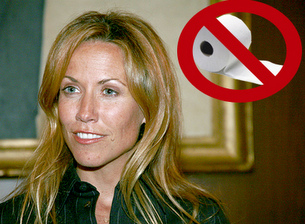 Sheryl Crow is like a bad rash that spreads everywhere and won’t go away. It was only a matter of time before she brought her bland mix of genero pop and lame rock to the country airwaves, despite there being little to no difference sonically between her pre and post “gone country” material. It’s not that Sheryl Crow’s music is terrible. It’s the everywhere nature of her persona always being shoehorned into every televised music event, album compilation, awards show, etc. etc., regardless of genre or context. We get it. It’s Sheryl Crow. Enough already.

Kid Rock has been accused of “going country” many times from incorporating country elements into his songs, including with Sheryl Crow on their successful 2002 duet “Picture.” But Kid Rock has always flatly denied wanting to be part of the genre itself.

Darius Rucker, aka Hootie from Hootie & The Blowfish blew the rock scene for greener country pastures in 2008. However bland Hootie’s country music might be, he’s done a fair job over the years keeping his nose clean and not releasing anything too offensive. Some folks were up in arms when he was inducted to the Grand Ole Opry, but that is more on the Opry than Rucker.

Bing Crosby was actually the first pop star to go country. In 1944 he released a version of Al Dexter’s “Pistol Packin’ Mama,” and because Billboard had just launched a dedicated country chart, it became country music’s very first #1.

Bon Jovi became the first rock band to top the country charts with their song “Who Says You Can’t Go Home,” featuring Jennifer Nettles of Sugarland. That enticed the hair-era band to cut the album Lost Highway in Nashville. It included guest appearances by Big & Rich and Leann Rimes. 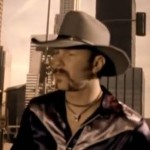 Mike D of the Beastie Boys, under the persona “Country Mike” released a country record in 2000 called Country Mike’s Greatest Hits, but he only made it available to friends and family. Bootlegs of the album are available, and copies of the record on vinyl bring top dollar on eBay.

Kevin Bacon, along with his brother Michael Bacon, have a band called The Bacon Brothers that play country rock. Since the brothers have been playing music with each other since they were kids, it’s hard to characterize them as “going country” even though Kevin is primarily known as an actor. The brothers also work together for music on TV shows and soundtracks.

Lady Gaga released “Born This Way (The Country Road Version)” in March of 2011, making tabloid writers run to their laptops to declare The Fame Monster was “going country,” but it was more a ploy to continue to drive sales for that one particular song.