The Music That Paved The Way For Mumford & Sons 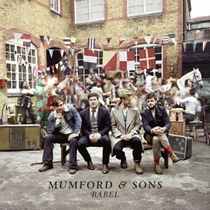 The case can be made that Mumford & Sons is the biggest thing in all of music right now, with Babel winning the Grammy for Album of the Year and their worldwide sales rivaling all other artists. This is a weird reality for many roots fans who fell into favor with acoustic music many years ago.

Roots music has always been a quiet, shy sphere of the music world, not really craving popularity or hype. Meanwhile Mumford’s wild success has some talking about a roots backlash, and has opened up the possibility of an impending crash in the popularity arch that could leave elements of the roots world feeling like a fad, like 60’s folk or late 90’s swing.It all makes you wonder if Mumford’s music wouldn’t be better received in some circles if it just wasn’t so damn popular.

Many of the bold changes in the direction of popular music begin with artists that are too fey, too polarizing to become popular themselves. So it takes others who understand how to soften music with sensibilities to make it accessible to the masses, and hopefully, if time is on their side, transect the popularity timeline, resulting in superstardom.

With Mumford & Sons, there were many other bands, artists, and events that set the table for their wild success, buttering up crowds, building an appreciation for acoustic roots music throughout varying demographics and origination points. Here are a few of them. 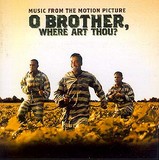 O Brother Where Art Thou created its own roots music tempest and bluegrass revival when it was released in 2000, and since it originated in the cinematic world instead of the music world, its impact on popular culture was far reaching, finding its way down avenues that otherwise would not be exposed to roots music. From that big bloom, the seeds were planted that would later sprout and blossom into the Mumford & Sons’ ubiquitous, widespread appeal, making acoustic roots into full-blown popular music. 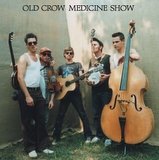 Old Crow Medicine Show was one of the main ingredients in both influencing the sound of Mumford & Sons, and setting the table for their mass appeal. Marcus Mumford says of Old Crow, “I first heard Old Crow’s music when I was, like, 16, 17, and that really got me into, like, folk music, bluegrass. I mean, I’d listened to a lot of Dylan, but I hadn’t really ventured into the country world so much. So Old Crow were the band that made me fall in love with country music.” Ketch Secor of Old Crow concurs, saying, “Those boys took the message and ran with it.”

Meanwhile Old Crow Medicine Show, and specifically their gold-certified song “Wagon Wheel” created the fervor for roots music that Mumford & Sons are currently feeding off of. 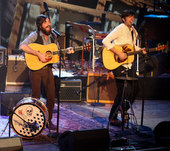 Old Crow Medicine Show might be the band named as Mumford’s primary influence, but when looking at the band from the standpoint of lineup, instrumentation, energy, and the emotional context of their lyricism, The Avett Brothers’ fingerprints can be found all over Mumford & Sons.

The easiest similarity to distinguish is how the two bands line up on stage. Scott Avett was one of the first acoustic roots frontmen to play a bass drum with his foot while standing at center stage, while his brother Seth played a hi-hat cymbal the same way. The brothers also had the propensity to move around stage behind different instruments, specifically the drums, just like Marcus Mumford does. The high, punk-esque energy The Avett Brothers bring to their show alongside a softening of the edges of roots music is something else Mumford emulates, as are their songs that seem to drip with emotionalism. This emotional approach to roots music is what separated The Avett Brothers from their bluegrass forebears when The Avetts started out in 2000; a full 7 years before Mumford & Sons’ first release.

Whereas Mumford & Sons’ rise has been meteoric, The Avett Brothers enacted a very slow build, van touring incessantly on a small club circuit until their infectious approach to roots music saw them graduate to small theaters, large theaters, and then signing with Rick Rubin in 2008, nearly a decade after they started out. The Avett Brothers approach, and the sweat equity they built from tireless touring over many years is at the very fabric of Mumford & Sons’ sound and success. Mumford is not an Avett Brothers rubber stamp, but it’s hard not to give The Avetts props for blazing a wide, clear path for them.

Bob Dylan is given great credit as a Mumford & Sons’ influence, and this is primarily evidenced in the poetic, and sometimes veiled nature of Mumford’s lyrical writing. In that same respect, Shakespeare and Plato are Mumford influences. Both characters and others from classical literature are originators of language that has appeared in Mumford & Sons songs. Marcus Mumford once said, “You can rip off Shakespeare all you like; no lawyer’s going to call you up on that one.” They also draw from American novelist John Steinbeck in their songs “Dust Bowl Dance” and “Timshel.” 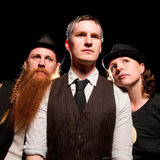 The Devil Makes Three is never given enough credit for impacting the roots music revolution. It’s probably a stretch to say they had any direct influence on Mumford & Sons, but when The Devil Makes Three started in 2002, they were one of the very first bands, and virtually the only band on the West Coast that brought a high-energy, punk-inspired approach to acoustic roots music. Rarely spoken about east of the Mississippi or away from their native Vermont, The Devil Makes Three draws massive crowds in California and have inspired many spawns across the country. They are responsible for countless new acoustic roots fans, and helped allow the cross-continent permeation of Mumford mania. 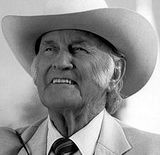