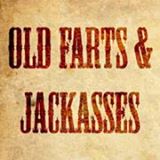 One year ago, after receiving numerous tips from readers that in a previously-aired GAC special about country artist Blake Shelton, the reigning CMA Entertainer of the Year and Male Vocalist of the Year had some disparaging things to say about classic country music fans, Saving Country Music found the quotes, cued up an article and posted Shelton’s comments verbatim.

If I am “Male Vocalist of the Year” that must mean that I’m one of those people now that gets to decide if it moves forward and if it moves on. Country music has to evolve in order to survive. Nobody wants to listen to their grandpa’s music. And I don’t care how many of these old farts around Nashville going, “My God, that ain’t country!” Well that’s because you don’t buy records anymore, jackass. The kids do, and they don’t want to buy the music you were buying.

What happened next was one of the biggest awakenings of classic country fans in recent memory.

The original “Old Farts & Jackasses” article was posted fairly late in the afternoon on January 23rd, 2013, and slowly but surely it started making the rounds on social networks channels as the evening progressed. But it was the next morning when the story caught like wildfire and began to circulate far and wide. The outrage was taken to the next level when the now deceased Ray Price took to his Facebook page to post a scathing comeback to Blake Shelton’s comments:

It’s a shame that I have spend 63 years in this business trying to introduce music to a larger audience and to make it easier for the younger artists who are coming behind me. Every now and then some young artist will record a rock and roll type song , have a hit first time out with kids only. This is why you see stars come with a few hits only and then just fade away believing they are God’s answer to the world. This guy sounds like in his own mind that his head is so large no hat ever made will fit him. Stupidity Reigns Supreme!!!!!!! Ray Price (CHIEF “OLD FART” & JACKASS”) ” P.S. YOU SHOULD BE SO LUCKY AS US OLD-TIMERS. CHECK BACK IN 63 YEARS (THE YEAR 2075) AND LET US KNOW HOW YOUR NAME AND YOUR MUSIC WILL BE REMEMBERED. Ray Price

But it didn’t stop there. The original “Old Farts & Jackasses” article posted on Saving Country Music was shared and liked on Facebook over 25,000 times. Country DJ’s across the country were talking about it, every major country music news outlet ran a story about it, and some ran two or three as the controversy stretched out for days, creating a massive viral event across multiple media channels. Blake Shelton was forced to make a public apology to Ray Price (though he never officially apologized to the Old Farts & Jackasses themselves). Artists both big and small, traditional and new, independent and mainstream came out to publicly defend or distance from Blake Shelton.

One of the most notable responses was when Willie Nelson re-named the tour he was currently on to the “Old Farts & Jackasses Tour“. The announcement was complete with a sarcasm-filled press release. An excerpt:

The Old Farts and Jackass tour began in Durham, NC on January 18th at the Durham Performing Arts Center. But now it’s January 20th, excitement is in the air, and Inauguration Day is finally here….After much anticipation Willie  Nelson finally emerged. Dressed in an all black ensemble by American designer Levi Strauss, the co-leader of the Old Fart Party mesmerized the crowd with the first dance, Whiskey River.

The lip synching controversy would take over the headlines later, but the official answer from Nelson’s camp remained no. No Willie Vanillie here ladies and gentlemen, no tricky audio antics. Willie sang it all live. What we have elected to see is just a man, his band, his family and his guitar.  The audience in Atlanta will testify before any congress; country is in good hands.

And Dale Watson wrote the song “Old Fart (A Song For Blake)“:

The effects of Blake Shelton’s Old Farts & Jackasses comments continue even today. Here are some of them:

Blake Shelton may have meant it as an insult, but classic country fans now wear the “Old Farts & Jackasses” moniker with pride, and embrace it as a term of endearment, proudly using it to refer to themselves and other classic and traditional country music fans.

Though Blake Shelton’s comments we’re initially uncalled for and angering, in the end it let the world know that there are plenty of fans of traditional and classic country music that are willing to stand up, be accounted for, and fight for the music they believe in.