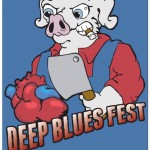 The Notorious and Legendary Deep Blues Festival, brain child of BBQ Restaurant owner Chris Johnson in Bayport, MN, has decided to return for 2012 after a 2 year hiatus. The Deep Blues Festival ran from 2007 to 2010, becoming one of the biggest alternative blues festivals in the world before deciding to call it quits due to financial concerns. This year’s festival will be a little different than previous years, but will still have the same high quality and caliber artists the Deep Blues name is known for, artists like Anti Records’ William Elliot Whitmore, and Hillgrass Bluebilly’s Possessed by Paul James.

To create a more sustainable model, Deep Blues Fest 2012 will be held at Chris Johnson’s Bayport BBQ and attendees will be limited to 200.

“The keys to sustainability are figuring out how to spend less than you’re taking in,” says Chris Johnson. “Having our own venue makes a world of difference in the festival budget. The other main challenge was trying to project how many fans would step up to support the event. With a maximum capacity of 200 this year, we’re pretty confident we’ll sell out the fest, so we can budget for that revenue amount. Every penny goes to the event. We’ll never recoup the prior losses, but that was never the goal. I went into the previous fests with the plan to put on the best event possible. A show I would want to go see. We did that.”

When the original Deep Blues Festivals ended, other folks stepped up to keep the spirit of Deep Blues alive. Last year a smaller, but vibrant Deep Blues Fest went down in Cleveland, OH, and this year Deep Blues Fest Northwest will be happening August 4th in Orting, WA. Chris Johnson explains he’s all for spreading the Deep Blues gospel.

I’m all for as many Deep Blues Festivals as can happen. If they’re done in the spirit of the music, it couldn’t make me happier. I wish I could attend every such event just like I would want to see every show with these type of performers. I have no personal claim on any of this. I don’t make the music. I just thought there are some bands making music that deserved a wider audience and I’ve done my best to make that happen. The best part of this whole experience for me is to meet and help introduce all these good people. There is a real community with all these fans and artists. 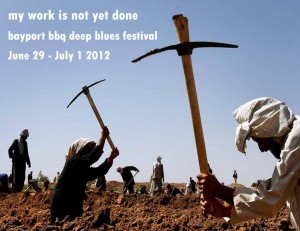 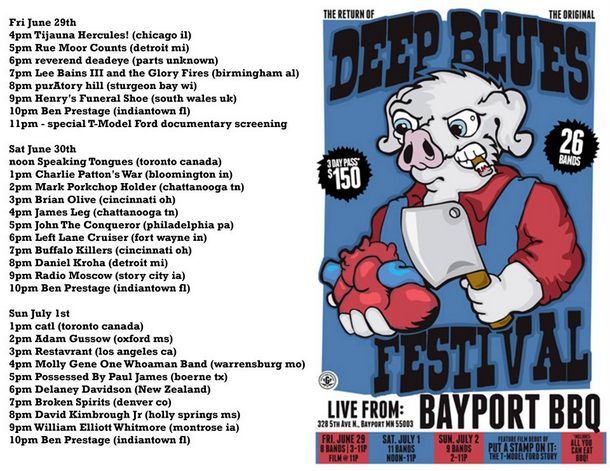