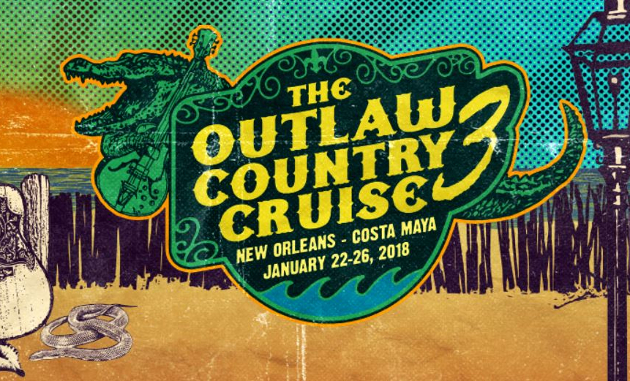 As you can tell by the lineup, the Outlaw Country Cruise very much defines itself by SiriusXM’s Outlaw channel, of which Steve Earle, Roger Alan Wade, and Mojo Nixon are all DJ’s on. Along with multiple performances by each artist, the cruise features artist-hosted activities, collaborative performances,  autograph sessions, free meals, theme nights, Renegade Cinema film screenings, and “opportunities to hang with friends old & new.”

There will also be a “Crescent City Kickoff” pre-party on January 21st aboard the Norwegian Pearl. For more information and to purchase tickets, visit outlawcountrycruise.com . Ignore it, and Mojo Nixon might just hard cuss you.