The Overlords of Country Trucker Songs

A big battle ground in country music right now is the presence of so many songs about trucks. Everywhere you turn, there is a song being released by a big country music personality that drones on and on about tailgates, Chevy’s, lift kits, mud flaps, etc. etc. Though this recent popularity trend seems especially sinister in its simplistic, incessant nature, it is not necessarily unprecedented in country. From the early 60’s into the mid 70’s, songs about semi-trucks and truck drivers were all the rage, with big names like Merle Haggard, Del Reeves, and Buck Owens getting in on the action, and professional country songwriters writing songs to specifically to capitalize off the trend similar to what is happening in country music today.

The difference of course was many of these classic trucker songs were considered very well-written, with many of them delving into deep issues like death, loneliness, loss of family, etc. Country music’s new crop of truck songs and their respective songwriters and performers could learn a thing or two about storytelling and soul from these traditional country truck driving songwriters and performers. 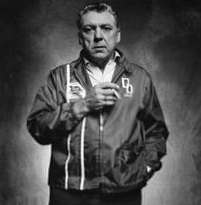 Maybe the best known of the country trucking crooners, with the most-recognized, most-covered trucking song in “Six Days On The Road,” Dave Dudley is an overlord of the country music truck driving music subset. Holding an honorary solid gold membership card to the Teamsters Union, he broke out with “Six Days On The Road” in 1963 and never looked back. Other great country trucker classics like “Truck Drivin’ Son-Of-A-Gun,” “Trucker’s Prayer,” and “Keep On Truckin'” are also attributed to Dudley, but like many of the old truck singers, he had his standard country hits too. Dave Dudley was actually the first to cut Kris Kristofferson’s song “Viet Nam Blues” that first put Kristofferson on the songwriting map, and Dudley’s only #1 song was the Tom T. Hall-written number “The Pool Shark.” Dudley had hits for over a decade, with his last big single “Me and Ole C.B” peaking at #12 on the charts in 1975. 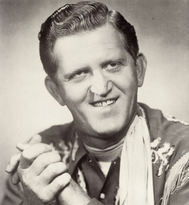 Red Sovine was known for his trucking songs, but his particular twist was how he would talk in prose instead of singing his songs in rhyming verses. Sovine’s speaking style would have significant influence on the rest of country outside the trucking sub genre, while his trucking songs set the bar for emotional impact and storytelling. Sovine’s #1 “Teddy Bear” is right up there with Dave Dudley’s “Six Days On The Road” as one of the most well-recognized country trucking songs, and Sovine also charted another #1 with “Giddyup Go.” His song “Phantom 309” wasn’t a huge hit, but it found a new audience when Tom Waits included a live version of it on his album Nighthawks At The Diner. Sovine also had a non-trucking #1 hit in a duet with Webb Pierce in 1955 with the song “Why Baby Why.” 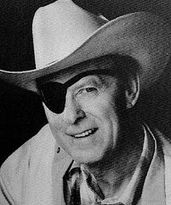 With a patch over his right eye, Dick Curless was considered a throwback even in his own time. He was one of the pioneers of country trucking music, with his first big hit “A Tombstone Every Mile” making an appearance as a top five country hit in 1965. Songs like “Traveling Man,” “Highway Man,” and “Big Wheel Cannonball” established Dick’s persona as a man constantly on the move, and won him a spot on the nationwide Buck Owens All American tour. Like many of country’s trucker song stars, Curless spent a lot of time in California and was signed to Capitol Records, though he was known to frequently go back to his home in Maine to recover from a grueling schedule of touring and performances. 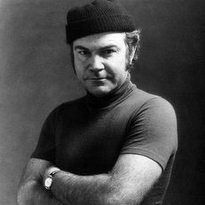 While Red Simpson may have not had the huge hits of his trucker song counterparts, he was also the one most dedicated to the specialized version of country. With only a few exceptions, virtually all of Red Simpson’s songs are about trucking or the highway patrol. He was the trucker songwriter other trucker songwriters listened to, and wrote many trucker hits for other artists. Based out of Bakersfield, he co-wrote songs with Buck Owens, and became a hot commodity when trucker songs became popular. The trucking song “Sam’s Place” that went on to become a #1 for Buck Owens was written by Red, and in 1975, Red landed his own big hit with “I’m A Truck.” At 79, Red is the last of the original country trucker song stars still around. In 1995, he recorded two duets with Junior Brown, “Semi Crazy” and “Nitro Express.” He is still recording, recently doing a duet with underground country artist Bob Wayne, and rumored to have an album called The Bard of Bakersfield in the works. 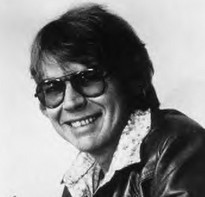 C.W. McCall got a late start in the trucking genre, joining the second wave of the movement in the mid-70’s. But his contribution was significant, especially with his #1 hit, the trucking song standard and generally epic “Convoy.” The song inspired a movie of the same name that starred Kris Kristofferson in 1978, and McCall was regarded in some circles as the “Outlaw” of the country trucker song performers. “Convoy” became so big, some consider McCall a one hit wonder, but he had numerous successful songs, inside and outside the trucking realm. His first charting single was “Old Home Filler-Up an’ Keep On-a-Truckin’ Cafe,” and he also had a #2 single with “Roses For Mama.” C.W. McCall’s popular career was pretty short, ranging from roughly 1974-1978, but his impact, especially with “Convoy” cannot be understated.

Though Del Reeves is known for contributing much more to the country music genre than just trucking songs, his two significant cuts, the #1 hit “Girl On The Billboard” from 1965, and the top 5 hit “Looking at the World Through a Windshield” from 1968 make Del Reeves and honorary trucking song god if there ever was one, and an important performer in the development of the sub genre. Reeves also put out an album called Trucker’s Paradise in 1973. 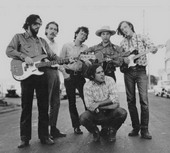 …and to an extent their sister band Asleep At The Wheel deserve honorary mention for being inspired and a part of the 70’s-era trucker song revolution, though it is widely considered they were somewhat on the outside looking in. Nonethess, Commander Cody’s second album that consisted mostly of covers called Hot Licks, Cold Steel & Truckers Favorites from 1972 might be one of the most prized albums of the sub genre. 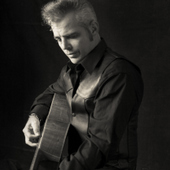 Not really known exclusively as singer of truck driver songs, but his albums The Truckin’ Sessions (1998) and The Truckin’ Session, Vol. 2 certainly deserve mention, with the first one considered by many to be the album that launched Dale’s career. Dale has also been known to drive trucks and his own bus upon occasion.

Another artist not primarily known for trucker songs, but Junior Brown has them scattered throughout his discography, including the title track off of his 1996 album, Semi Crazy. Junior’s signature song “Highway Patrol” rekindles the symbiotic relationship between trucker songs and highway patrol songs first started by Red Simpson, who he recorded two duets with in 1995.

Aaron Tippin may be best known for his more patriotic songs, but he’s peppered trucker songs here and there throughout his career. In 2009, Tippin released an album called In Overdrive that included many truck driving cover songs and closed out with two originals. His truck driving cred is helped by the fact that he was a real-life truck driver before launching his career in country music. 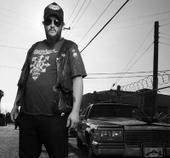 A lesser-known underground country artist, but one who includes trucker songs (usually of a pretty seedy nature) on every one of his albums, including his 2nd album 13 Truckin’ Songs. Bob Wayne recently performed and recorded a duet with Red Simpson after re-discovering him in a Bakersfield trailer park.

Merle Haggard & Buck Owens as part of the Bakersfield Sound both had quite a few big trucker anthems. One of Jerry Reed’s signature songs is “East Bound & Down” from the Smokey & The Bandit movies where he played a trucker. Tom T. Hall wrote and recorded a few trucking songs. And there’s many other artists who’ve recorded more than one trucker song. Who are some of your favorites?