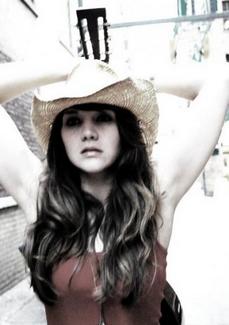 Raelyn Nelson and the Raelyn Nelson Band are just too much damn fun. The granddaughter of Willie is like a modern day country music Punky Brewster with a sound and energy reminiscent of the nascent 90’s country punk scene when things were just a little more unhinged and energetic, yet still rooted in the country music spirit more so than what most of what modern country offers today. Loretta Lynn meets the Ramones if you will. Discount what Raelyn does as too fluffy all you want, but then you’d be missing out on all the fun.

On the heels of being announced in the killer lineup of Grandpa Willie’s killer 4th of July Picnic, the Raelyn Nelson Band have released a new song and video called “Brother.” Inspired by the lineage of Loretta Lynn revenge songs and fueled with a lot of youth and attitude, “Brother” won’t compete for a Grammy, but it will get your heart pumping and your spirits up. Accompanying the song is a side-splitting and inventive video making use of multiple perspectives and deft timing to tell the story of “Brother” perfectly.

Raelyn Nelson is the daughter of Willie’s son Billy from Willie’s first marriage. In the diverse and complex Nelson family tree, she’s actually slightly older than her uncle, fellow country rock performer Lukas Nelson, and can commonly be seen palling around with her aunt Amy Nelson of Folk Uke. The Raelyn Nelson Band have an EP out, and “Brother” can be purchased on iTunes and CD Baby.

And nobody rocks the uke harder.