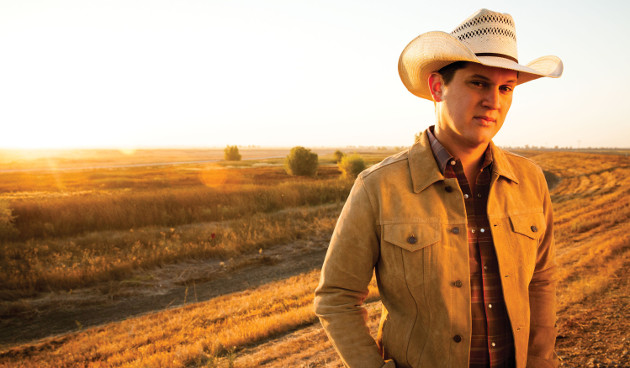 While we were all off busy dealing with other things we found as more pressing country music issues, Jon Pardi has been forging himself into a downright bona fide country music star right under our noses. Somewhat quietly, but with genuine appeal and broad support, Jon Pardi’s neotraditional sophomore album California Sunrise has given birth to two #1 singles, a Top 3 single with his recent “Heartaches On The Dance Floor,” and even here well over a year since its release in June 2016, California Sunrise is regularly found in the Top 10 of the Country Albums chart, and well above the placement of other mainstream stars who’re thought to have much bigger fan bases, and much more appeal.

What Jon Pardi has done over the last year is prove that an artist can stick to a more traditional style, and not only sustain, but turn in career marks, even in this difficult environment for traditional artists in the mainstream, and a stacked field for artists looking to be launched.

The fact that Jon Pardi has earned a fourth single from California Sunrise is probably newsworthy in itself. But let’s be honest, if you were looking for the three tamest, most radio-ready songs from California Sunrise, it’s the three that have made it to radio so far. And isn’t that always the way with things in the mainstream? But if you’re looking for the best and most traditional song from the record, it would be what has been chosen as the fourth single, “She Ain’t In It.”

Jon Pardi is what an artist like Dustin Lynch should have been—a guy with a sturdy jaw and a cowboy hat that on the surface looks uninterested in succumbing to the Music Row machine. But Dustin Lynch decided to choose the path of least resistance, emulating the Bro-Country boys with tractor rap and now doing his best Sam Hunt rendition. Meanwhile Jon Pardi stuck to his guns, though was also willing to listen a little to the producers and understand that if you want to earn your freedom in the mainstream, you first have to prove your appeal as a name and personality. That is what Pardi has done now. He’s earned the right to release “She Ain’t In It” as a single. Now the big question is if radio and fans will support this move, and allow even more singles like this to grace us the future, from Pardi and others.

William Michael Morgan and Midland also have a lot to do with this. As they’ve found success with traditional songs on contemporary country radio, it’s opened up the possibility for a song like “She Ain’t In It” to be successful. And if Jon Pardi has another Top 5—or even a Top 3 or #1—then what we have is an artist who you could start to book as a headliner. Pardi will go out there and open for Sam Hunt or Luke Bryan if he has to. And that’s fine, as long as the ultimate goal is in mind. And right now, that goal is coming to fruition. The field of new artists in the mainstream is rounding the final turn, and Jon Pardi is right there as a New Artist of the Year nominee at the upcoming CMA’s, looking to edge out the competition.

Written by Clint Daniels and Wynn Varble, “She Ain’t In It” is a classic country crooning heartbreak song in the style that make true country fans feel right at home when it graces their speakers. It fits like a glove by hitting on all the things that have been lost in modern country, like the moan of the steel guitar, and the faraway cry of the fiddle. There’s a warmth to it that elevates the songwriting, and though Jon Pardi is not someone who is going to rise to the top sheerly on the strength of his voice, “She Ain’t In It” fits into the pocket of what he can sing well. It’s Pardi’s style that people will find appealing. He’s Midland without all the over-the-top fair and fabricated back story.

With a song like “She Ain’t In It,” you know you’ve found a keeper in Pardi. The only question left is if the bosses at radio and on Music Row will feel the same way. What happens on CMA night in November might be a big indication, and so will the performance of the song moving forward.