The Sadies Team with Justin Townes Earle for National Tour 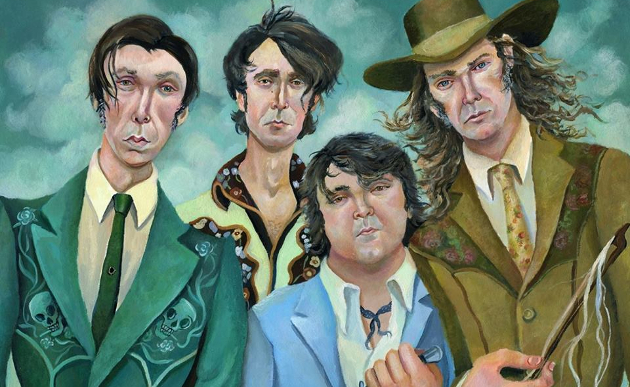 The Sadies are the mod country band from Canada offering some of the most strikingly rich soundscapes in all of roots music. Justin Townes Earle is the second generation songwriter from alt-country royal blood who’s made a legacy all his own. And they have joined forces to tout new albums on a tour that started in California earlier this week, and will be rapping up early summer in San Diego.

Collaborating or touring with The Sadies is almost like a right of passage in alt-country, with Neko Case, Jon Langford, Jon Doe, The Mekons, and many others proudly incorporating brothers Dallas and Travis Good’s services in their tours and music over the years. The Sadies are currently touring their 2017 album Northern Passages released in February.

Justin Townes Earle has his own new music coming out. Kids in the Street will be released May 26th via New West Records, and numerous tracks from the record have already been released, including “Champagne Corolla” and “Faded Valentine.” Both acts are also performed at California’s prestigious Stagecoach Festival this weekend, with The Sadies joining Justin Townes Earle for his afternoon set.

Full dates can be found below.