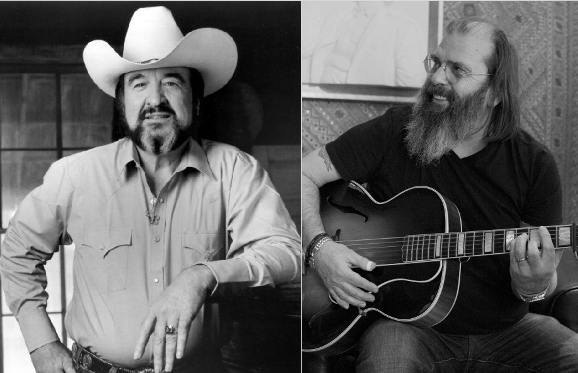 Steve Earle is out there pushing his latest album So You Wannabe an Outlaw? from Warner Bros., and he’s been willing to live up to the Outlaw moniker in more ways than one in the run up and aftermath of the release by calling out just about any artist he decides he’s better than, and throwing more punches than he’s pulling.

Though like all true country music Outlaws, Steve Earle knows that the “Outlaw” term is not about how you conduct yourself in your personal life, but how you take a stance on creative control of your music. “The deal was, drugs and alcohol had nothing to do with the idea of outlaw,” Steve Earle says. “There were people that were doing what they were told to do musically who had drug and alcohol problems.”

That doesn’t mean a more Outlaw lifestyle wasn’t apt to find the individuals who fell under the “Outlaw” term, leading to the stereotype. In a recent interview, Steve Earle told the story of how he once found himself on the wrong side of a .357 magnum pointed straight at the back of his head by none other than “Whiskey River” writer and Texas Outlaw country legend Johnny Bush.

“My copy of Johnny’s autobiography is inscribed: ‘To Steve, I sure am glad I didn’t pull the trigger,'” Steve Earle explained to Rolling Stone. “The reason is, right before I moved to Nashville, I moved back to San Antonio from Houston … I was playing sit-down gigs at this restaurant called the Roth Baron. I did a couple of happy hours solo and I did two evening gigs after the major dining hours were over. There was a guy named Joe Voorhees who was in Bush’s band. Bush was like Van Morrison, everybody worked for him at least twice because he fired people all the time. After a while he’d forget that you worked for him and he’d hire you back. Voorhees played piano in Bush’s band, but he was a pretty good five-string banjo player. He used to come sit in with me.”

Johnny Bush appears on Steve Earle’s new record on the song “Walkin’ in LA.” After showing early promise in his career—including playing in Ray Price’s band with Willie Nelson—Bush suddenly lost his voice due to a genetic condition, and never became the nationally-recognized country star his talents probably deserved. Later in life he regained his voice, and has become a revered performer in the Lone Star State and beyond.

“One night, we got really stoned and didn’t need to be driving,” Steve Earle continues. “Probably drank a little bit, too, but we smoked a bunch of really strong pot. I lived in Cibilo, which was 45 minutes away but we needed to come down a little bit. We were hungry. [Joe] Voorhees goes, ‘Hey, Bush is in Vegas and I’ve got the keys to his condo.’ We went over there and raided Johnny Bush’s icebox. I’m sitting there, just eating the way you eat when you smoked a bunch of pot, a big bowl of Rice Krispies with some bananas in it. All of a sudden, I look up at Joe and all the color had drained from his face, like a fucking cartoon or something. He goes, ‘John!’ I turn around and there’s Johnny Bush in a bathrobe with a .357 magnum pointed right at the back of my head 12 inches away.”

Steve Earle saw much of the Outlaw era first hand as the young protégé who was just getting his start when the original Outlaws were riding high. Earle would later ply his craft to its most popular peak helping to push his own rebellious movement—the rock-inspired alt-country of the 80’s. But he was there for much of the doings of the Outlaw era, hung out with the legends and saw them in their native element, and it’s good to still have someone around to tell the stories and keep the memories alive.