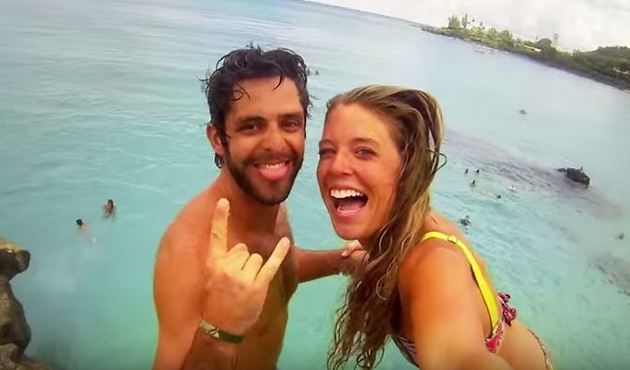 I can remember it like it was yesterday. It was April 28th, 2015, and Zac Brown Band had just released their latest album Jekyll + Hyde. We already knew to expect a pretty diverse affair after hearing the album’s lead single “Homegrown” months in advance, then the strange, but interesting prog metal song “Heavy Is The Head.” We also had word that Jason Isbell’s song “Dress Blues” would be included. But these weren’t the songs everyone was talking about on the morning of April 28th. It was the first track from Jekyll + Hyde that threw the public for a complete loop, and had us rethinking our previous notions of what the Zac Brown Band was.

The song was called “Beautiful Drug.”

Without any context or warning, Zac Brown had sprung on us the most purely EDM dance song imaginable, and as the very first song on the album. Three years Zac Brown fans had waited for this new full-length record, and this was how it started off. But immediately, on that day, April 28th, the excuses were already pouring in from die-hard Zac Brown fans and ultimately the Zac Brown camp itself.

“Trig, it won’t be released as a single. It’s just Zac Brown experimenting with EDM to get it out of his system after working with Avicii.” This is what I heard repeatedly. But no matter the assurances, you knew “Beautiful Drug” was headed to country radio. That was its purpose. You don’t put a song like that #1 in the track order otherwise.

And sure enough, five months later, “Beautiful Drug” was being shipped to radio stations all across the country, where it stalled momentarily at about #20 on the charts, setting off alarms to the point where Zac Brown Band changed promotional companies to Big Machine, and next thing you knew it was the #1 song in all of country—quite a feat for a song we were promise wouldn’t even be released as a single.

An eerily similar trajectory has now been scratched out by another song that is just as non country, and just as scandalously bad as “Beautiful Drug.” I’m speaking of Thomas Rhett’s “Vacation,” with its diabolically ridiculous baggage of 14 songwriters, and viral video featuring pubescent girls singing about drinking “cold ones.” “Vacation” is nothing more than two previous songs mashed together, with songwriting credits also going to multiple producers like the members of a surgery team.

Once again, we got assurances from fans and surrogates of the Thomas Rhett team that “Vacation” was just a lark—a novelty—and they would never release it to country radio. It was just something silly for the fans. And of course, on cue, “Vacation” has been shipped to country radio as Rhett’s new single.

Go listen to the new Keith Urban record. Feast your ears on the new Maren Morris project that many are touting as a game changer. The total 100% pop revolution in country, perpetrated primarily by behind-the-scenes pop producers who have no desire the learn the modes of true country music, is nigh upon us ladies and gentlemen, and it’s not pretty.

Meanwhile Chris Stapleton’s long dominance at the top of the country albums charts has ceased (despite continued consistent sales), his new single “Parachute” is struggling mightily, and Sturgill Simpson’s A Sailor’s Guide to Earth, despite strong early sales, is beginning to slip prematurely. See, this is why we couldn’t declare country music saved after Stapleton’s dominance at the CMA and ACM Awards. There is still a long way to go, if many of the victories so far weren’t mostly symbolic instead of substantive and sustainable. Country radio still remains virtually untouched by the move to authenticity.

And that brings us to Little Big Town, who are super excited about their new pop record produced by Pharrell Williams called Wanderlust. Like Zac Brown Band’s “Beautiful Drug” and Thomas Rhett’s “Vacation” before it, all the assurances from Little Big Town are that the record came about almost as a lark, and is just a fun little side project before their next “country” effort. We can trust them, right? Hey, we probably should even give Little Big Town credit for being honest about the album being pop, instead of calling it country for marketing purposes, which is the underlying trend gripping country music ever since the success of Sam Hunt’s Montevallo.

But why then is Pharrell and Little Big Town performing the first single from the record “One Of Those Days” on the CMT Awards? I thought it was a country music presentation? Why did they perform together on the Grand Ole Opry? Perhaps Little Big Town will honor their promise to steer clear of country with the new Pharrell-produced album. But we’ve already been fooled twice. Perhaps a positive reception at the CMT Awards is the excuse Little Big Town needs to release “One Of Those Days” to country, like they didn’t plan it, and have no choice. And in the grand scheme of things, it may not matter if Little Big Town releases a Pharrell-produced single to country radio or not. They’re supposed to be the top flight country vocal group of our time, and their expending their efforts in an admittedly purely pop direction. So either way, country music loses.

It’s like a Trojan horse placed within country music’s midst, this current pop wave. Producers and labels squirrel away these purely pop earworms on records, selling them as album cuts, or side projects, warming the public up to the idea of them slowly, to only then unleash them on the public like ticking time bombs of pop awfulness. It’s a way to lull the gatekeepers into letting down their guard. Some of these pop songs may even be decent, but none of them are country.

It doesn’t mean there still isn’t an underlying revolution in country music occurring autonomously of the insular environment of country radio, or that inroads haven’t been made towards returning music of authenticity to the format. But the next time you’re told, “Oh, they won’t release that as a single. It’s just something fun for the fans,” you have no other choice but to not believe them. Because we’ve already been fooled twice, and in the copycat world of Music Row, it’s certain to happen again.