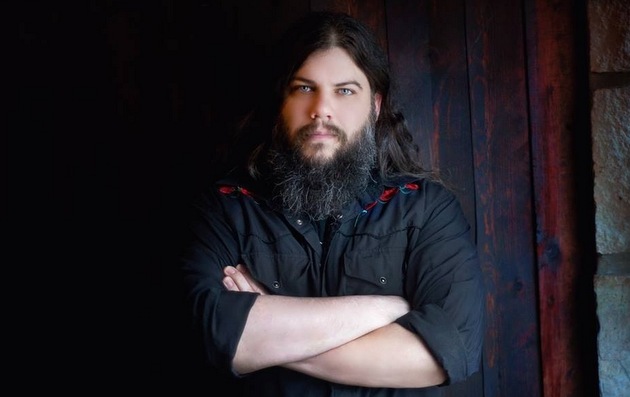 In October of 2013, Knoxville, TN-based Matt Woods wowed the independent country world when he released the song and video for “Deadman’s Blues.” The realness of the entire thing is what made it stick so fervently with fans on its way to being named Saving Country Music’s Song of the Year. Since then Woods has released the song on the equally-impressive album With Love From Brushy Mountain, while “Deadman’s Blues” continues to win Matt new loyalists.

At the end of the “Deadman’s Blues” video (spoiler alert), it shows Matt passed out, and being resuscitated unsuccessfully by paramedics. The downward spiral the video portrays very much mirrors the real life stories of many musicians, and almost mirrored that of Matt Woods.

“Sorry to say, I will not be able to play at The Mill tonight in Charleston. Apparently, blood pressure isn’t like pinball. High scores are frowned upon,” is what Matt told fans on social networks on July 30th. It seems the cardiac issues alluded to in “Deadman’s Blues” were actually quite real.

“My optometrist actually discovered the problem,” Matt explains to Saving Country Music. “I had gone into see him because I had been noticing some changes in my vision. I had believed some of what I had been noticing may have been due to eye fatigue, which can be brought on by excessive driving and spending a lot of time in low lighting environments. Since those are basically the only two things I do, seemed likely that was what was up with my eyes. When the doc started checking things out, he decided to check my BP and there it was. The high blood pressure was causing the changes by putting so much stress on the vessels in my eyes. Other than my vision I was feeling fine. Normal! Anyway, that sent me to the ER…”

Though Matt felt fine, his blood pressure was at dangerous levels, and if what was happening with his eyes had happened in his brain, it could have caused a stroke according to doctors. Matt had been living with high blood pressure for so long, his body had adapted, but the threat to his health was still very real. “I have often realized that I want to make as much music as I can while I am here. I have had a few moments in my life that have reiterated that point. Mortality plays a fairly heavy roll in mush of the music I write. You can hear it right out front in my song ‘Liberty Bell,'” which is also from Matt’s album With Love From Brushy Mountain.

But unlike the characters in “Deadman’s Blues” and “Liberty Bell,” Matt Woods pulled through.

“Right now I am so happy I didn’t put off having my eyes checked out,” Matt says. “Everything is on track now, I am glad to say. When they released me from the hospital, they gave me prescriptions for a few BP meds that seem to be doing their job and keeping me from redlining. I try to be mindful of my diet, which can be hard on the road, but it certainly helps. It doesn’t take too many months of eating shitty fast food to know that stuff is bad for you (Even though you can bet your ass I’ll stop at Whataburger while I am in Texas!). I am doing my best to slow down the caffeine intake some, too. In hindsight, maybe kicking back all of those 5 Hour Energy shots weren’t really helping the situation. So far so good. I’m back on the road a feeling like my usual self. Except now I’m not in danger of dropping dead at any minute.”