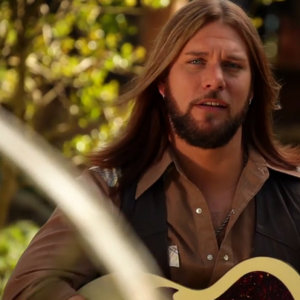 NBC’s hit singing competition The Voice crowned a new champion last week, and for the first time in the competition’s history, the winner is a country male. Craig Wayne Boyd slayed all comers on his way to being crowned the Season 7 victor, and now goes about the task of doing the distinction justice by trying to become a successful country music star beyond the spotlight of the television franchise. But as we’ve seen from the previous winners of The Voice, the challenge of overcoming obscurity in a crowded entertainment world isn’t resolved as the winner of a reality show, it is just beginning.

It’s a slightly unfair characterization that the winners of these reality shows don’t really put the work in like average Joe artists who have to climb their way up the ladder to earn a living in music. Though it’s condensed during the run of a television season, reality show contestants are put through a grindstone and unparalleled vetting process many in the mainstream of music could never persevere through and end up on top. In the case of Craig Wayne Boyd, he actually did do his time hitting the honky tonks, playing empty bar rooms, and trying to make it in music the hard way before being selected by The Voice. But his hardest challenge might still lie ahead. Because if he’s to become a successful music star as a champion of The Voice, he’d arguably the the first in the show’s history.

Forget that The Voice is one of the highest-rated shows on NBC, and one of the most popular shows in all of television. The legacy of the competition is for the winners to sink right back down into obscurity after the season finale. And in fairness, this is the fate befalling many of the recent winners of American Idol as well. This is the same thing Saving Country Music pointed out in May when another country artist, a more traditional country artist named Jake Worthington made it to The Voice finale.

Have you ever heard of Justin Guarini? How about Diana DeGarmo? Blake Lewis, anybody? Or how about Lee DeWyze? Does Dia Frampton ring a bell with anyone? Anyone? … Great for this kid [Jake Worthington], and great that good, real country music is being exposed to the masses through him. But how many times have we been through this exercise with one of these reality show contestants, wondering if they are the ones that will rise out of the unclean masses to save country music with big reality show exposure? …  But the reason that The ‘X’ Factor was canceled, the reason that ‘American Idol’ has seen dramatically-declining ratings, and ‘The Voice’ has remained stagnant, is because these competitions cannot consistently deliver winners that truly are American Idols, or that truly define “The Voice” of a generation.

Has anyone heard from Jake Worthington lately? And that was only back in May when Worthington made it to the very end of the show. But this is another problem for The Voice and its finalists: doubling up on the seasons—something mainstay judge Blake Shelton has complained about publicly. It creates even more winners crammed into the crowded talent field looking to become franchise stars.

On Thursday, TMZ ran a story on Craig Wayne Boyd under the dubious pretense that he was avoiding his fans. Whether it’s true or not (or God forbid, Mr. Boyd had somewhere to be and couldn’t spend a half hour taking selfies with gawking celebrity crotch sniffers), the underlying poke of the TMZ story is that nobody on the TMZ staff knew who the hell Craig Wayne Boyd was. And this was only 48 hours after his huge win on one of America’s most-watched TV shows. “All right, it’s that dude who just won ‘The Voice!’ What’s his name again, John Wayne Gasy?” the commentator chides at the beginning, and Boyd’s nondescript easy-to-forget name and likeness becomes the running gag throughout the piece.

These reality singing competitions have become so woefully inept at launching true stars, everywhere you turn, this is the punchline. And the reason it’s so funny is because it’s so true.

Craig Wayne Boyd accomplished some things for true country music no other contestant on The Voice, or really any other reality competition has done before. His raising of awareness of Wayne Mills with his late season tribute to his old mentor was as touching as it was effective. Putting a Johnny Cash song back on the Billboard charts—a place it hadn’t been in over three decades—is also and accomplishment Craig Wayne Boys deserves credit for.

But now the lofty weight of obscurity has been firmly ensconced back above Craig Wayne Boyd’s head once again, and though his win on The Voice will always be a notch on his belt, he will have to go out there and prove his muster as a performer in the big scary mainstream country music world all over again. In the end, it’s all about the music, and Craig Wayne Boyd must prove it with successful albums and singles. Because not only will few be impressed by his win on The Voice, few will even remember it.