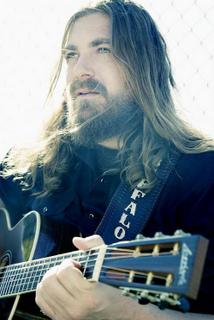 “Hey, have you heard of The White Buffalo?”

This is one of the questions that has plagued the second half of my 2013, as devotees of the shadowy, Los Angeles-based singer-songwriter pursue me, knowing what a sucker I am for narrative-based songwriting told through a thematic album. And that’s just what The White Buffalo, aka Jake Smith delivers in his latest record Shadows, Greys, and Evil Ways released in September.

But how would you know about him unless you have your nose buried deep in the soundtrack credits for Sons of Anarchy where he’s appeared several times, or were aware of his similar inclusion on the recent soundtrack for The Lone Ranger movie? The White Buffalo is about as independent as the enigmatic beast that lends to his pseudonym. Lots of artists would love to boast how they defy genre, but few can pull off the feat, borrowing from scattered influences instead of truly forging their own path like The White Buffalo does. He’s certainly roots, he’s somewhat country, but he’s 100% his own animal standing out from the herd.

Shadows, Greys, and Evil Ways is a concept album, and this is a fact Jake Smith is happy to share with his audience, along with a more in-depth explanation of the narrative, instead of letting you stumble into that truth like some artists find sport in doing. It follows the characters Jolene and Joe, their falling in love, the struggles of life that separate them in both body and spirit, and the sinister things this separation and life does to a man who struggles between sin and redemption.

Unlike some concept albums whose songs are linked through contiguous interludes or by referring back to certain global riffs or melodies, the songs of Shadows, Greys, and Evil Ways are fairly autonomous, especially at the beginning. Near the end, you being to latch on to some sonic similarities, but especially through the first few songs of the album, this record is not what you would call seamless. The albums starts of very sweet with “Shall We Go On” and “The Getaway,” but then turns unabashedly belligerent in the song “When I’m Gone” that’s like a dirty-mouthed underground country anthem. 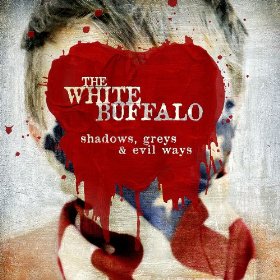 Jake Smith is not afraid to shift gears and catch you off guard at any time in the album, yet the story remains linear throughout. One benefit to the autonomy the songs contain despite the concept is there’s quite a few songs on this album that can reside excellent on their own, including virtually every full track on the second half of the album.

Shadows, Greys, and Evil Ways is a creeper, especially if you don’t go into it knowing it is conceptualized. You recognize immediately there’s something cool here, but you may not be sure exactly what is going on, or what the overall appeal might be. Then after a few listens, despite the weight and artistry of the material, you begin to find the songs downright infectious. Nasty, viral grooves and hooks reveal themselves embedded in the content without jeopardizing the overall narrative that is the web holding the album together. The wit of the lyrics doesn’t wear off, it becomes enhanced as you to pick up on its subtleties, as the message of the story begins to reveal itself and you begin to identify and find empathy with the characters more and more.

By nature a concept album is harder to pull off because as an artist you must be beholden to the narrative instead of following your heart towards wherever inspiration grips you. But once the story finds its own path, the difficulty can be capturing it in the recorded format while the feelings are fresh, and doing justice to the story in the limiting confines of an audio record. Along on this journey with The White Buffalo are Jake Smith’s rhythm section Matt Lynot on drums, and Tommy Andrews on bass. The trio also calls on steel guitar, fiddle, cello, and keyboards in places to enhance the music that reaches towards Townes and Guy Clark in its lyrical depth, while referring to Tom Waits and Waylon Jennings sonically.

Shadows, Greys, and Evil Ways is as ambitious as it is accomplishing, and should be considered in the same breath as some of the best albums of 2013.