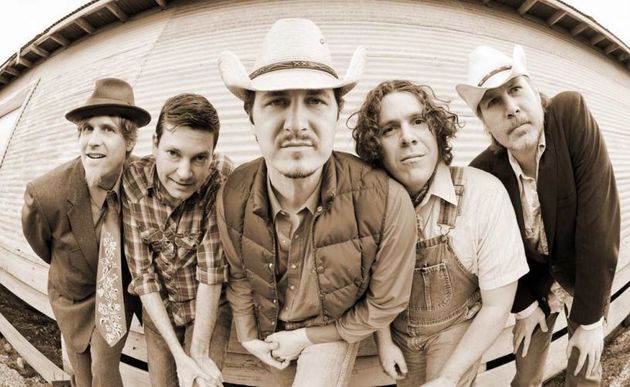 As the famous 6th Street entertainment corridor in downtown Austin marches eastward into the portion of town that once was reserved for the segregated communities of Austin’s minority population, what used to be one of the more rough parts of town is now the bustling epicenter of urban renewal with young entrepreneurs and entertainment seekers revitalizing the spirit of Austin and attempting to find retreat from the encroachment of condominium redevelopment in the increasingly clogged Austin skyline.

One such establishment fostering the spirit of what Austin, TX once was is The White Horse—a honky tonk on Comal Street just a short skip off of 6th. The much-beloved former manager of Austin’s Hole In The Wall Dennis O’Donnell opened the establishment in late 2011, and like striking gold, created the right place at the right time that immediately was a hit with the neighborhood and city, and has since become Austin’s premier hot spot for honky tonk entertainment. Young and old can be seen sharing the dance floor and sheltering Austin’s country music legacy from rabid gentrification on a nightly basis.

Making an establishment like The White Horse work is the bar’s regular roster of bands who on a weekly or monthly rotation show why Austin musicians can still school most in the country. One such example is the veteran lineup of Them Duqaines (pronounced “doo-kanes”)—a veritable bulls-eye if you’re looking for a sonic example of what traditional Texas country is all about today, and what you can expect to hear if you set foot in The White Horse, or one of the other last surviving Austin honky tonks like Dale Watson’s Ginny’s Little Longhorn, or The Broken Spoke. 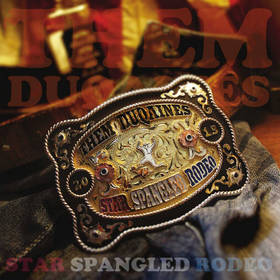 Traditional Texas country with a little bit of a Bakersfield spark is what Them Duqaines are all about, and on Friday, May 8th, friends and fans of the band convened at The White Horse to celebrate the release of their latest record, Star Spangled Rodeo. Rich with excellent guitar work, great singing, and those little elements of spice that make Texas country unique like accordion, backing chorus singers, and even saxophone, Them Duqaines capture an authentic country spirit that makes you go, “Yes, this is what I’ve been looking for!”

Made up of John Beauchamp on guitar, Frank Martin on bass, Jeremy Slemenda on lead, Curtis Thomas on fiddle, and Tim Petersen on drums, they virtually all take turns singing, and they all seem to be in tune with exactly what a honky tonk crowd wants to hear. It’s traditional country delivered with enthusiasm.

Star Spangled Rodeo is an excellent showcase for the band, giving each member their opportunity to shine and display their skills. There’s some super takeaways from the album, such as the opening song “Wrong Most of the Time” sung by John Beauchamp who seems to have the perfect voice for Texas country, and the dueling Telecasters make for the ideal texture. The last song, the up-tempo and driving “Maybe Next Time” is sung by Tim Petersen who’s not too encumbered behind the drums to belt out a great tune. “Memories Tonight” with a little bit of accordion sets the mood of the song perfectly, and the slower tempo “The Last Time I’m Over You” exemplifies the variety of sounds and moods this band has mastered. They even have a tribute to the aforementioned White Horse on this record, which only seems appropriate.

You get a sense while listening to Them Duqaines that their scope and perspective is local. There’s a lot of soul in that, and that soul is instilled in their msuic. Where some bands get so wrapped up on hitting it big nationally, especially these days, they lose touch with the most important task of any band or artist, which is entertaining their friends and neighbors first. After all, that’s where the spirit of honky tonk music thrives.

But you also get a sense that if Them Duqaines focused a little bit more on what they do best, and identified what presents challenges for them, they could really resonate on a national or international scale even more, whether they set out to intentionally or not. There were a couple of flat songs in this track list to go along with the big hits. The intentions and ideas are there, but things like the singing style on “Runty” and the phase guitar on “Big Texas Blue” could have perhaps been executed a bit better. But the hits are so big on this record, there will be something for every traditionally-leaning country fan to sink their teeth into.

Amidst the Californication of central Texas and the Live Music Capital of the World, Them Duqaines are keeping the spirit of authentic Texas country music alive not just for Austin, TX, but for all the fans of true authentic country across the country and world.

This one is very enjoyable.

Star Spangled Rodeo can be Streamed & Purchased on Bandcamp

Austin, The White Horse, Them Duqaines