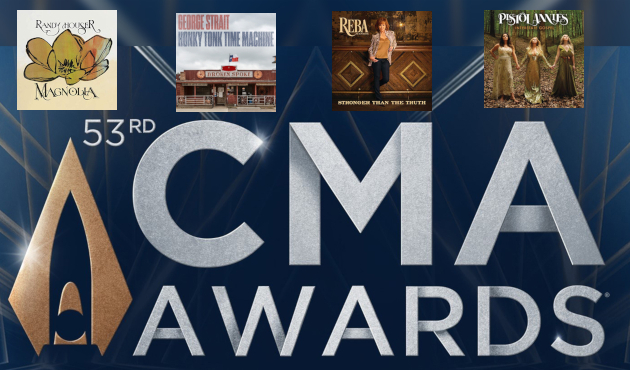 The nature of music is that everyone has different tastes and opinions on it, and it would be a boring world if we all liked the same things, and had nothing to discuss or discover from other people’s musical perspectives. Major award shows have an even harder task of pleasing everyone due to the finite amount of spaces for nominees and winners. You are never going to make all of the people happy all of the time, but at least you can try to represent the various factions and scenes that make up country music.

In many respects, the CMAs did that this year with their 2019 nominations, or at least better than many years. In the Entertainer of the Year category, Garth Brooks gives someone for older country fans to root for, Chris Stapleton represents the new class of independent country and Americana performers, Eric Church draws a lot of his appeal from the rock side of country, and Carrie Underwood gives women and country pop fans someone to root for. The New Artist of the Year category also seemed especially promising, seeming to spell out that the future of country music will be more country, and more equally represented with Cody Johnson, Ashley McBryde, Carly Pearce, Midland, and Morgan Wallen all receiving a nomination.

But the Album of the Year nominations were especially easy to pick apart in 2019, even more so than most years. Eric Church’s Desperate Man was a decent selection, and was expected since Album of the Year is the category Church most cares about. Cry Pretty by Carrie Underwood will find some positive reception as well. But the nominations for the Dan+Shay, Thomas Rhett, and Maren Morris albums seem misguided since these records don’t really represent anything resembling country music whatsoever.

But the biggest reason to second guess these nominations is that this current awards shows cycle has been exceptional for excellent mainstream album releases, which is not always the case. Sure, many independent fans will complain that folks like Cody Jinks, Mike and the Moonpies, Sarah Shook and the Disarmers, and Tyler Childers never stand a chance. But the current King of Country Music, George Strait, just released an eligible record called Honky Tonk Time Machine that is great, and even had a decent-charting radio single in “Every Little Honky Tonk Bar.” Worried it didn’t have enough of a commercial impact? Well the album actually sold more copies than any other title in country music for the first half of 2019.

Reba McEntire has an incredible comeback country record in 2019 called Stronger Than The Truth that is worthy of an Album of the Year nomination if anything is. If Reba is relevant enough to host the CMAs this year (which she is), she’s worthy enough of a nomination over albums that don’t include even a note of actual country music on them like Thomas Rhett’s Center Point Road.

Randy Houser is not quite the country legend like George Strait or Reba McEntire, nor has the commercial performance for his new record Magnolia been that spectacular. But in a year of surprisingly great mainstream releases, Magnolia might be the best overall. It’s the record everyone is overlooking, including many snobbish independent and Americana fans. And if you’re serious about supporting women in country music, the CMA voters could have supported three of them by giving Interstate Gospel by the Pistol Annies a nomination. It’s another excellent mainstream album.

Even if just one or two of these selections could have been nominated, it would have given country music’s traditional, independent, and Americana fans something to root for, and worthy recognition for some stellar mainstream efforts, even if they didn’t win. Of course the big commercial releases are always going to get the lion’s share of nominations at the CMA Awards, but usually there is some space for that critically-acclaimed title, like Jason Isbell’s The Nashville Sound received in 2018. Unfortunately in 2019, the quality releases struck out. 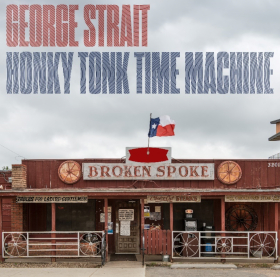 Debate upon what country music is and who is allowed to make it will continue into eternity. But if tasked with describing country music in two words, a damn good answer would simply be “George Strait.” (read full review) 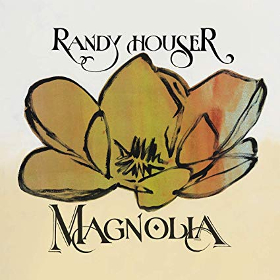 Whether you think Magnolia by Randy Houser is any good depends on your perspective. But from the perspective of an album released in the mainstream where often you’re just happy to get through most of the songs without suffering a drum machine, it’s pretty great. Released on Friday, January 11th, and the first real release day of 2019, Randy Houser may have put out one of the best country records you’ll hear from a major label all year. As much as a commentary as that might be on the quality of country’s mainstream these days, credit is also due to Randy Houser.

It’s a country record, but one that brings a lot of soul to the tracks, really centering everything around Randy Houser’s voice, which is smart with how spectacular it comes across. Consider it the Stapleton effect. The red bearded one’s non-radio success with material he wrote himself is one of the underlying reasons a record like Randy Houser’s Magnolia is able to see the light of day, and you hear those influences come through. Though this project is styled more soulfully perhaps, it’s still a Randy Houser record, at least indicative of his early career.

The trend of country music reverting back to quality continues, and now Randy Houser has contributed his exemplary voice to this movement. (read full review)

Reba McEntire – Stronger Than The Truth 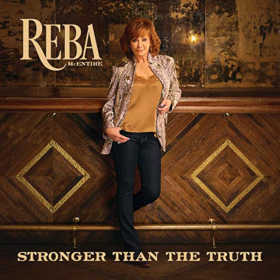 Even with all of the musical meandering that Reba McEntire has done in her career, there’s still something immediately familiar and comforting about hearing her voice. From the strong efforts of her early career, to the apex of her commercial fame with “Fancy,” and irrespective of her more contemporary efforts, Reba McEntire immediately reminds you of an era in country music where everything made much more sense. Stronger Than The Truth is an album worth doting on not just because it might be Reba McEntire’s most country record to date, but because it very well may be one of her best. (read review) 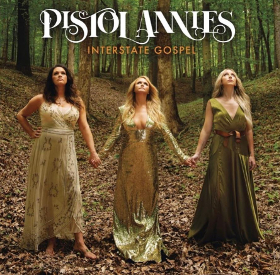 On the Pistol Annies’ third record and their first in a long while, you will find the songs you would expect from the supertrio, full of sass and revenge, mixed with come hither stare downs, and turning the tables on their male counterparts while illicit substances fuel their conquests. Songs like “Stop Drop and Roll One,” “Sugar Daddy,” and the first single from the album “Got My Name Changed Back” are not matters to be taken too seriously, however fun they may be for the listener. It’s less art, and more entertainment via escapism, which is fine in its moment and context.

But beneath the Southern female glitz and unruly frivolity on the surface of the Pistol Annies’ persona is perhaps the trio’s most involved work, and one that is more revealing and personal than even possibly their solo efforts. From a band that has made its name running up against stuffy Southern customs and exposing small town hypocrisy, it might be the deep personal revelations from the Annies themselves that makes this record the most potent in perforating antiquated social mores. (read review)