They Should Have Let That “Nashville” Show Die 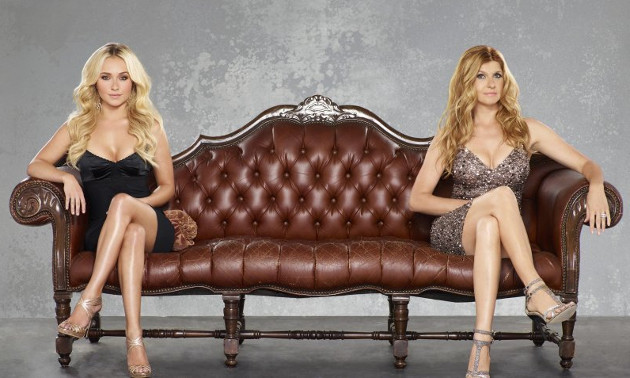 All’s well that ends well, and despite the last two seasons of ABC’s hour-long country music-based drama Nashville becoming insufferable to watch, validated and certified by both reviews and ratings, what we thought would be the final episode on May 13th did a fair job tying up the loose ends of the show (mostly), while finally showing some flourishes of the solid writing that allowed a decent swath of the viewing public to latch onto the show in the first place.

So good—then the show could ride off into the sunset on a positive note, do okay in syndication, remain a fond memory in the minds of its core viewers and the crew and cast, and another show that hasn’t run its character threads ragged by trying to pack one overly-emotional cry moment after another into every waking second and knows how to work subtle textures into a script could take its place. And one will on ABC.

But now Nashville has moved to CMT, where it will play second fiddle to a sitcom starring Billy Ray Cyrus as an Elvis impersonator, 16 airings of Smokey and the Bandit per year, and some reality show hosted by wrestling washup Steve Austin. And it only costs the City of Nashville and Tennessee government $11 million dollars in grease money to make it all happen.

On Friday (6-10), it was officially announced that a new 22-episode season of Nashville was coming to CMT after a robust incentive package was put together by numerous entities. According to The Tennessean, the State of Tennessee is ponying up $8.5 million, the City of Nashville is giving $1 million, the CVC is contributing $1 million, and Ryman Hospitality, the owner of the Grand Ole Opry, put in $500,000.

But don’t get sucked into that tired old argument that this money would be better placed behind public schools and crumbling infrastructure. The amount of money Nashville imports into the region through the production of the show and the boost to tourism makes this a wise investment by all parties. Otherwise, they wouldn’t be making it. Undoubtedly the show has been one of the contributing factors to the rapid growth of Nashville, and the rising popularity of country music. But just as country’s popularity has waned in recent years, so has interest in Nashville.

ABC canceled the show for a reason: ratings were terrible. The first episode of Nashville pulled in 8.93 million viewers, and earned a 2.8 share. By the final episode on May 13th, even after being announced as the series finale, that number had been more than halved to 4.19 million viewers, and a 0.9 share. That makes it seem like ratings took a sharp dive over the show’s four seasons, but in truth the ratings for Nashville were never that great. Nonetheless, they had fallen to all-time lows by the final episodes of season four, and there was no reason for ABC to renew.

Now Nashville goes to CMT where it will be serviced to many fewer homes, even though the new incentive package the city and state put together for season five was more expensive than the one put together for ABC’s season four. And though hypothetically your average CMT viewer is more likely to watch a show like Nashville, being on a niche cable channel also means that your average flotsam and jetsam viewer who doesn’t know about Nashville and country music is less likely to get sucked in by the show, and is less likely to be turned on by the allure of visiting the region to help re-tender the investment being made by the city and state.

But there’s a much bigger, underlying issue stemming from the City Nashville’s rapid growth. Sure, if the show was cancelled, certain people would lose their jobs and such, but the City of Nashville is not suffering from economic hardship at the moment. The problem is how to manage the incredible growth in the city, stimulated by things such as the Nashville TV show, which is pushing the lower economic creative class out, allowing more affordable business and residential properties to be bulldozed, raising tourism costs for the average visitor through hotel rates and transportation costs, and putting a burden on city infrastructure like parking and roads.

The ship has already sailed in many respects: the young, creative types that will write and perform the country and roots music of the future have already been priced out of Nashville and scattered to the four winds for the most part. That’s why you’re seeing so many songwriters and producers from L.A. and the pop world infiltrate country music these days—they’re to only ones who can afford to move to the city. A few lucky low income folks who were able to get a foothold years ago are still holding on, but who knows for how long, while their ranks won’t be replenished by new blood. In other words, the aristocracy who is moving to Nashville to live vicariously through things like the Nashville TV show are pricing out the very creative class a show like Nashville tries to portray.

Nashville needs a pause. It needs to regroup and figure out how to grow more sustainably. It doesn’t mean building moratoriums need to be put in place, or that people with skin in the real estate economy need to suffer mightily. But it all needs to slow down for its own good, like when the Fed raises interest rates. Cancelling Nashville was possibly a blessing in disguise—a way for the economic situation in Nashville to take breather, and give the city a moment to ponder the type of community it wants to be, and how it wants to portray itself to the rest of the world, not just on television, but when those tourists show up in the city.

Now the City of Nashville will continue to get pumped full of high-class money, crimping out the lower and middle class who make up the lifeblood of the city’s creative economy and allure, and the legacy of the Nashville show itself could take a sizeable hit as ratings are sure to continue to drop from less potential viewers, and from the continued elongation of character threads and narrative plots that were played out two seasons ago. Realistically, how long do we expect Nashville to last on CMT? Is this new life, or just keeping the show on life support under false hope?

The problem with Nashville, both the city and the show, is that the idea is better than the actuality. Through the death of one thing comes the rebirth of another, and right now Nashville needs a rebirth of thinking—a long hard look at itself in the mirror—to decide how it wants to present itself to the world. Does it want to be a creative epicenter, or does it just want to portray itself as one on TV?