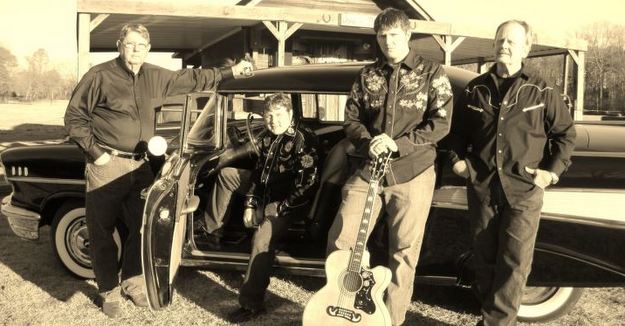 Nope. And that’s how you know it’s good.

When people start naming off the epicenters of music in America, North Carolina never gets its fair due. Folks gravitate to Nashville or Austin, while in many parts of North Carolina, music is just as much a focus of life. Whether it is the music scenes in Chapel Hill or Boone, the whole Ramseur Records outfit with acts like The Avett Brothers, or true, down home country acts like John Howie, Jr. and Eric Strickland, North Carolina can hold is own when it comes to birthing out American roots music worthy of ears. Hell, the Defibulators from New York just released a song about all the North Carolina musicians migrating to the big city and stealing all the banjo jobs.

You receive an album from North Carolina, and chances are the manna will come pouring out like cutting open the rind of some exotic fruit. After recently reviewing albums from Eric Strickland and John Howie Jr., they both reached out to me unsolicited and autonomous from each other and said, “Dude, you got to check out this guy over here, Jonathan Parker.” And no question, Jonathan Parker and The Bel-Airs live up to the stamp of North Carolina goodness. 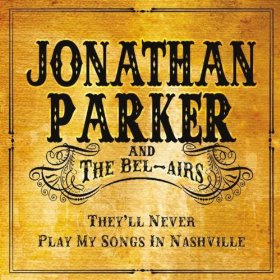 If you like country, and I mean country, then Jonathan Parker’s They’ll Never Play My Songs In Nashville has you covered. This guy has a country growl that’s like Waylon Jennings mixed with the DNA of a hard-nosed bulldog. He’s quick to go to the half-time beat and really knows how to pull the misery out of a song. This is hard country, honky tonk music in its purest incantation. No frills, just lean forward and belt it out.

Just like Eric Strickland, Johnathan Parker doesn’t waste any time trying to wrangle a gaggle young buck musicians looking to tour and take their portion of the spotlight. He knows the best licks come from the wily old veterans of the honky tonks, and he assembles some of the best North Carolina has to offer in the Bel-Airs, including regional celebrity and steel guitar maestro Clyde Mattocks; a man that also had a hand in Eric Strickland’s latest album. Jonathan Parker doesn’t need to do much but set the table for these honky tonk heroes, and they proceed to conjure the ghosts of country music past from a time when you didn’t have to chase your proclamation as a country fan with qualifying statements.

Similar to other hardcore honky tonkers like Dale Watson and Whitey Morgan, sometimes straightforward hard country can be difficult translate into the recorded format, because you don’t have the honky tonk setting to help set the mood, or the energy that only live music can evoke. This is the reason when Waylon went to make albums, he recorded so many ballads. True country fans won’t have any trouble getting into They’ll Never Play My Songs in Nashville, but this may not be a good gateway drug to lure your pop country friends toward the real stuff. Jonathan Parker has no qualms bringing the misery and slow heartache song after song, or speaking out about the current state of country music like he does in the title track.

“The Encounter” is the song where Jonathan Parker’s evocation of emotion is at its most powerful, while “Circles” is the album’s surprise—picking up up the tempo just a bit, rolling off the hard drawl, and accompanied by a female harmony to really give it a classic country feel harkening back to a time before Waylon.

A good album from a solid group of men, recommended if you like your country music hard and uncut.

Learn how to get your song on itunes at ReverbNation.com
© 2022 Saving Country Music
0