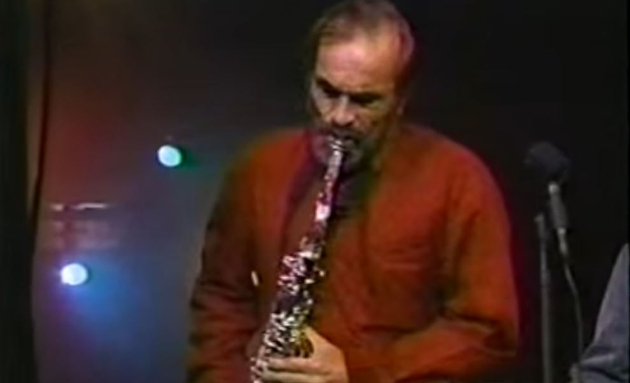 Oh, so you think you know it all about country music, don’t you? And horns? Yeah, that some jazzy, R&B garbage that has no place in By God country music dammit. And don’t get you started about Sturgill Simpson and his latest record.

But the truth of the matter is horns have been in country music nearly from the beginning. Any of you ever heard of Bob Wills and his Texas Playboys? How about any of the other Western Swinging cowboys that carried horn sections around with them in old touring cars with the tuba strapped to the top, playing honky tonks and dance halls from Tallahassee to California? Forget about Lyle Lovett’s Large Band. Or how about just look at the house band of Dale Watson’s recent Ameripolitan Awards in Austin, TX—a bastion for the die-hard and tightly-defined traditional country crowd. And yep, there was a horn section.

Let’s face it though, Western Swing is only one small facet of country music, and what the hell does “Ameripolitan” mean anyway? And who is going to trust Lyle Lovett as some country music authority with that hair? Horns don’t really have any place in country music, do they? Well try to tell that to the apostles of Don Markham.

Unless you’re a serious country music fan, and a fan of Merle Haggard specifically, you may not recognize the name. Even if you are a Haggard fan, it still may fly over your head, and that’s okay. Don Markham was never much for making a fuss about his role in country music, even though he played an important one, and one that was integral to keeping one of the most important traditions of country music alive—that being the inclusion of the occasional horn solo to keep the spirit of Western Swing in the music.

For 40 years, Don Markham was the horn player in Merle Haggard’s backing band, The Strangers. In fact he outlasted every other permanent member in the band, and aside from a few hiatuses throughout the years, was the only constant member. He also played on every single Merle Haggard release since 1974, though you may have not noticed him, on stage or in the studio. Saxophone, trumpet, and even bass, piano, or keyboards here and there, Don Markham was Merle Haggard’s one man musical auxiliary, which suit him well since Markham liked to blend into the background, and set up at the very back of the stage out of the spotlight. If you recall many of those great Merle Haggard songs, many feature a saxophone solo, though you may not notice them until someone points them out to you. That’s because they comes across so natural, which was Don’s style.

It’s remarkable how Don Markham even got hooked up with Merle Haggard in the first place. The story of how he started in The Strangers is like something out of fiction. Don was actually driving a tour bus for Johnny Paycheck in 1972 when he pulled the bus up right beside Merle Haggard’s rig at a stop in New Mexico. Tired of all the bickering and infighting on the Paycheck crew, Markham boarded Merle’s bus and asked if he could join the band. Merle obliged, seeing it as an opportunity to put a little bit of that Bob Wills magic behind his music, and a friendship was born.

In fact beyond all of Don Markham’s contributions to The Strangers as a musician, he was known by Merle better as one of his best friends. Markham lived in a trailer part in Oildale, California, just outside of Bakersfield for 50 years with his wife Wanda. In about 2013, Markham gave up the touring life for good due to health reasons, including issues with his teeth that affected his horn playing. But according to the Haggard crew, Merle would insist every time they pulled through Bakersfield to stop and see Don.

Markham was a pillar of Bakersfield music even before he joined The Strangers. He played will Bill Woods, Fuzzy Owens, and when Bakersfield country king Buck Owens was putting together the legendary Bakersfield Brass horn section (you still think horns don’t belong in country?), that’s right, Don Markham was in the band.

But like so many of the traditions of country music, horns slowly faded away. Don Markham was one of the few last living links to the Western Swing sound in country music’s origins.

So the next time you see a country band with horns and think, what gives? Think of Don Markham. Think of those iconic sax solos in “I Think I’ll Just Stay Here and Drink,” “It’s All in the Movies,” and “Rainbow Stew.” Horns don’t belong in country? Maybe they don’t, or maybe like so many of country music’s traditions they slowly faded out of favor over time due to a lack of love. And that’s not the horns’ fault. That’s ours.