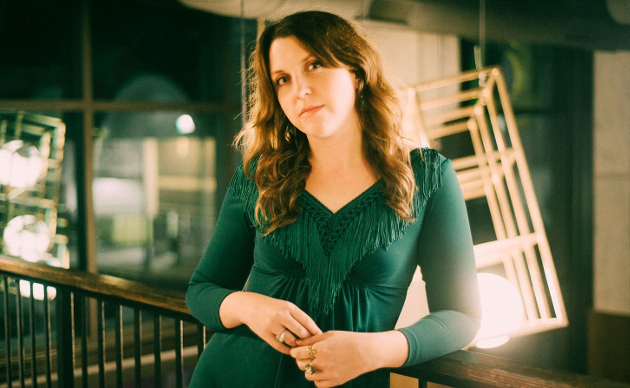 Charlottesville, Virginia native Caroline Spence is now a signed artist. Esteemed and respected in east Nashville and beyond as an under-the-radar songwriter and performer, it was announced last week that she has come to terms with Rounder Records to release what will be her third full-length album, Mint Condition, on May 3rd. Ahead of the release, Rounder and Spence have made available a couple of new tracks, “Long Haul” and “Mint Condition.”

The signing of Spence feels significant because she is part of a greater collection of worthy, but often under-supported songwriters scrapping for attention in the underbelly of Music City, artists like Michaela Anne, Kristina Murray, Erin Rae, Molly Parden, and many others. Caroline Spence has collaborated in the past with the likes of Anderson East and Andrew Combs, and she released a collaborative album with Robby Hecht in 2018. Spence can also count Miranda Lambert as a fan, but up until now she’s had to fight and scratch for opportunities in her career.

“People tell you to write about what you know, but a lot of the time I write about what I don’t know,” Spence says. “For me songs are a way to ask questions, and sometimes you end up figuring out the answers. A lot of these songs come from a very tired-and-worn place. There’s a sense of things not going my way and feeling rattled by that, but knowing deep down that it’s all part of getting to where you need to be.”

The upcoming album was produced by Dan Knobler, who is known for working with Lake Street Dive, and recorded at Knobler’s Goosehead Palace studio in Nashville. Caroline Spence received another ringing endorsement during the making of the album, when Country Music Hall of Famer Emmylou Harris chose to lend her voice to the title track.

“I remember sitting on the floor of my bedroom in 2013, at a point when I’d been writing a lot of woe-is-me breakup songs,” Spence says. “I gave myself a writing prompt that was something like, ‘Let’s write the opposite of all that; let’s think about the type of life you’d like to look back on when you’re older. Let’s write something good enough for Emmylou Harris to sing.’”

Inspired by her grandmother who passed away recently, “Mint Condition” is a perfect showcase for the sweetness contained in Caroline Spence’s voice, while the emotion is sent to the rafters when Emmylou joins in on harmonies (listen below).

From a musical family, including her aunt who worked at Asylum/Elektra when Emmylou Harris cut her iconic Wrecking Ball album, Caroline Spence started writing songs at the age of six, and began playing shows in Charlottesville at 15. She released her debut album Somehow in 2015, and a follow up Spades and Roses in 2017.

Keep an eye out for Mint Condition when it becomes available from Rounder Records in May.