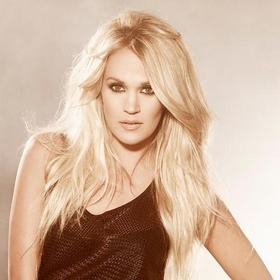 Not many knew that Carrie Underwood was a free agent. Now she moves from one of the biggest power players on Music Row in Nashville to another, and the change could be titanic behind-the-scenes. Announced Tuesday morning (3-28), Carrie Underwood has left her label home of nearly 12 years, Artista Nashville—which is a subsidiary of megalabel Sony—for Capitol Records Nashville, which falls under the Universal Music tree. Underwood released five studio records with Arista, including her latest Storyteller in 2015.

The new deal brings Carrie Underwood full circle. In 1996, when Carrie Underwood was just 14, she had auditioned for Capitol Records. When the company was forging a contract with the fledgling star, the management at the company changed and the deal fell through. “I honestly think it’s a lot better that nothing came out of it now, because I wouldn’t have been ready then,” Carrie Underwood later told Biography Now. “Everything has a way of working out.” It was her win on the 4th season of American Idol that put Carrie Underwood on the national map.

The move is also interesting since for the last six years, many Carrie Underwood fans have felt like she’s been overlooked by Sony through their efforts to push Miranda Lambert instead. Lambert just exited a period where she won a dozen Female Vocalist of the Year awards from the CMA and ACM Awards in a row, while Carrie Underwood was locked out until recently winning the 2016 CMA Female Vocalist trophy. Carrie Underwood will clearly be the biggest female asset on the Universal Music Nashville roster.

“Already a top tier force in country music, Carrie’s vast talents and creative bravery show that she is an artist who is prepared to take on a wide range of artistic challenges,” Universal Music Group Nashville Chairman and CEO Mike Dungan says. “We are excited for the future, and honored by her decision to make Universal Music Group her label partner in representing this worldwide superstar in the next phase of her career.”

Universal Music Group Nashville President Cindy Mabe was part of the team that helped launch Carrie Underwood’s career and her first record, Some Hearts. “When I decided to take my position with Capitol Records in 2007, personally one of the hardest people for me to leave behind was Carrie Underwood. I am so proud and humbled that she has chosen to sign with Universal Music Group Nashville and that we will once again join forces as she writes the next chapter of her soaring career as a global superstar of enormous integrity and talent.”

The news comes as Carrie Underwood just celebrated another career milestone—making her 100th appearance on The Grand Ole Opry. While other mainstream artists continue to shirk their Opry responsibilities, Carrie Underwood remains committed to the institution. It also comes on the heels of Tim McGraw leaving Big Machine Records to sign with Sony along with wife Faith Hill. Tectonic shifts of talent have been one of the big stories so far on Music Row in 2017, with Carrie Underwood arguably being the biggest so far. Expect announcements for new music, and a new single from Carrie to follow, potentially tied to the upcoming ACM Awards on Sunday, April 2nd.