This Kesha vs. Dr. Luke vs. Sony Business 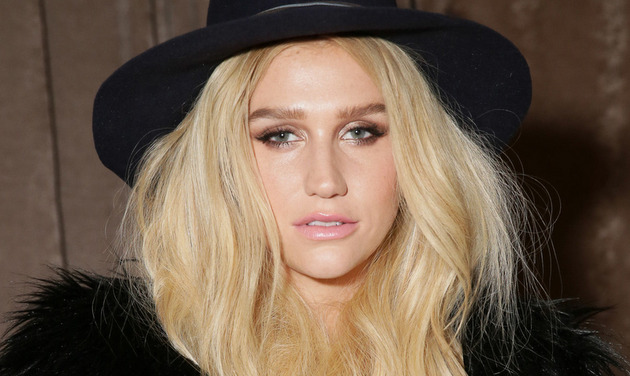 Look, before we get too involved here, I’ll just tell you right now that I have little to nothing of value to lend to this conversation, especially after who knows how many dozens of droning think pieces have been written about the issue already.

On the surface, it would appear to be something right in the wheelhouse of Saving Country Music, even though Kesha is not a country artist. I started Saving Country Music first and foremost to be an artist advocate and industry watchdog for musical performers who were having their music or their careers held hostage by overbearing labels. I’d also like to think that Saving Country Music has tried to at least lend to the effort of making sure females are treated fairly in an industry where women are systematically subordinated, if not abused.

This issue with Kesha accusing her producer Dr. Luke of drugging and raping her, and Sony refusing to let her out of her contract seems to be custom made for a site like Saving Country Music. I have a history of taking up the cause of artists who traditionally don’t make music that appeals to my readership, but on principle, should still have the freedom to do what they wish with their artistic expressions. And for a country writer, I actually have a fairly deep knowledge of Kesha’s back story, especially vis a vis her mother, who used to be a country music songwriter, and is very much a player in this matter.

In 2012, I wrote an article called “Ke$ha Will Be A Force in Country Music,” and delved deep into the back story of Kesha and her mom, including how Kesha had been quoted saying, “I’m really inspired by country musicmy mom wrote country musicand I love Dolly Parton and Johnny Cash. I think at some point there might be some country collaborations or records in the future,” and “I think people should know the classics Johnny Cash, Dolly Parton, also Townes Van Zandt, I’m a huge fan of him.”

I highlighted how Kesha’s mom Phebe Sebert wrote the song ” Old Flames (Can’t Hold a Candle To You),” which became a hit for Dolly Parton, Merle Haggard, and Johnny Cash, and how she moved from LA to Nashville in 1991 after signing a songwriting contract when Kesha was still very young. Kesha grew up in a songwriting environment. She was a music nerd growing up, and a nerd in general, scoring near perfect on her SAT’s before dropping out of high school to pursue music in Los Angeles.

Then of course Kesha released a trashy pop album in 2010, and became a mega star with terrible songs. But there was still something intriguing about Kesha’s from the country music perspective, and remains so to this day.

And as for Dr. Luke, there’s no love lost on his contributions to what has happened to country music in recent years, even though they may be separated by multiple degrees and buried well behind-the-scenes. Dr. Luke’s deal with Scott Borchetta and Big Machine Records in 2013 helped set the table for the whole “Metro-Bro” scourge we’re seeing grip mainstream country music today. By making collaborations between country and pop songwriters and producers much more accessible and lucrative, the Borchetta/Dr. Luke deal can be tied to songs from artists like Big Machine’s Thomas Rhett, and might be behind the whole fiasco with The Band Perry and their pop producer RedOne. So regardless of what Dr. Luke has done in regards to Kesha, he’s more foe than friend to those who would like to keep pop producers segregated from the country ranks.

But my opinion on Kesha vs. Dr. Luke vs. Sony saga happens to be that I don’t really have an opinion. That doesn’t mean I don’t support Kesha in her efforts to extricate herself from her label and Dr. Luke. If her allegations of being drugged and raped by Dr. Luke are all true, then I’m a staunch advocate for getting Kesha as far away from that worm turd as possible, and stringing him up by his balls in the public square and letting everyone have their chance at lashing him.

But the problem remains that we just don’t know yet that the allegations against Dr. Luke are true, and in the United States of America, we don’t presume guilt until guilt is proven. And in the case of Dr. Luke, nothing has been proven yet, and no charges have been filed. That doesn’t mean it didn’t happen, and that doesn’t mean that the court of public opinion can’t try Dr. Luke on their own. But at the moment, it is a “he said / she said,” and only Kesha and Dr. Luke know the truth.

And let’s face it, Kesha has a history of instability. She’s been to rehab. She’s had personal issues in the past, some of which she sings about in her music. That doesn’t mean we can assume she’s lying, and it’s just as unfair to chide Kesha for making accusations against Dr. Luke as it is to assume Dr. Luke is guilty. In other words, it’s a screwed up situation, and I don’t know that any of us have enough information to make an informed decision about what actually happened, and what the ramifications should be for the respective parties.

Yes, it’s very easy, and very popular and seductive to rally behind Kesha in this matter. The press and popular culture love to hate stories about women being kept down or even abused by overbearing men and the companies they run or hide behind. Kesha doesn’t have a particularly compelling reason to lie, though the way major label contracts are constructed, who wouldn’t want out of one, especially if you signed it at the start of your career when you had little to no negotiating power.

But that’s another sticky element to this story: the contract. Everybody is yelling and screaming at Sony to let Kesha out so she doesn’t have to record for her alleged abuser, but Sony and Dr. Luke have already said she can record whatever music she wants, and is totally free from working with Dr. Luke. But according to Sony and the courts, because Kesha’s contract is officially through Dr. Luke’s “Kasz Money” company, Sony doesn’t have enough control to terminate the agreement unilaterally even if they wanted to. Yes, most recording contracts suck. But BOTH parties are beholden to them.

With all the bad press Sony and Dr. Luke have received over this issue, with pretty much every major female star coming out in Kesha’s defense, including Adele, Lady Gaga, and Taylor Swift giving her $250,000 to survive (while us poor average American’s figure out how to survive on $50k), it’s by far not worth it to Sony to keep fighting if they had another option. But they’re bound to the terms of their contract as well.

Does it suck that Kesha still has to record for Sony? Yes. Is the severity of Kesha’s claims on their own enough to warrant terminating her contract so he doesn’t have anything to do with Dr. Luke? Probably. But the fact remains that nobody, except for the people very intimately involved in this matter, really know the specifics and facts enough about this case to make an informed decision. We love to demonize people in culture these days, set folks up to symbolize the root of all evil, and tear them down through social media. But there are still laws, and rules, and regulations, and legally-biding contracts that supersede public sentiment.

Many of the fights that sites like Saving Country Music have taken up for artists is when the label or manager or producer are in violation of contracts, or wrote contracts that were too overbearing. In this case, that doesn’t appear to be what’s happening, or that’s yet to be determined as conclusive. We can conclude that most music contracts suck, but we already knew that. The one good thing to come out of this melee is now the rest of the world knows that too.

If Kesha can record whatever album she wants, then that’s what she should do. If she doesn’t want to blow her best material recording for Sony, go in an cut an acoustic album, just her and her guitar or a piano. Write some silly country songs and make a CD. Then get out of the contract and move on with your life.

Aside from that, I don’t think any of us have enough information to be rallying to one side or the other. This thing is in the spin cycle, and it’s best left alone until everything slows down, and all the facts come out, if they ever do.