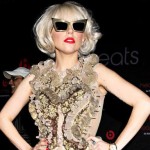 Ah ha. So everyone wants to tell you that pop megastar Lada Gaga has “gone country”. And everyone wants to know what I think about it. Well to be honest with you, I think it is a brilliant stroke of mad genius.

The song is horrendous of course, but that goes without saying. It’s not even meant to be good, so smattering it with criticism is irrelevant. What does matter is that you are talking about it, and every news and entertainment publication is talking about it. Lady Gaga hasn’t gone country, any more than when Gwyneth Paltrow got cast in the movie “Country Strong”, or Jennifer Anniston got cast in an upcoming movie about the 40’s female country group The Goree Girls. But that didn’t stop the “gone country” stories from coming either.

Hell, Cher simply wanted to make an album with a producer that at times has made country albums with Carrie Underwood, and everyone ran with the story that she had “gone country”. I bit my lip and waited, and apparently that was wise, but I’m sure it didn’t stop thousands running to iTunes to download “Gypsies, Tramps & Thieves” so Cher could afford another face lift. Whether purposeful or accidental, the effect was a huge public relations boon, and Lady Gaga as Queen of the Attention Whores took notice.

It is chic right now to “Go Country”, and the country is so gullible, you don’t even have to do it to get credit for it. Darius Rucker went country. Lady Gaga just instructed some folks to remix a song while she got her anus bleached. She doesn’t even have to monetize the song. She released it through her friggin’ Twitter account for crying out loud. Gaga understands she doesn’t even have to make money off of music like most artists. She can make it on merchandise, social appearances, whatever. The Lady Gaga name is a franchise. “Going country” accomplished the goal of dominating the news, and her other monetized intellectual properties benefited directly.

Listen to me and listen good folks, DO NOT DISCOUNT LADY GAGA, and while we’re on the subject, don’t discount Taylor Swift either. They are the future of mainstream music. The formulas they are using to get their music to the people, and to keep their names on your lips is what is giving them the advantage. It’s savvy social networking and marketing practices. And as bad as they are, they are better than most of the stuff out there. Yeah, I said it.

Taylor Swift and Lady Gaga are leading, and everyone else is following; sonically, culturally, and financially. As bad as their songs might be, they are doing what they want to do, recording songs they wrote, and dominating the trends. Everyone else is following like a bunch of lap dogs. Taylor Swift has a 55-year-old Reba McEntire out there in a pushup bra singing hip hop songs. Blake Shelton, Sugarland, and Jason Aldean are all recording songs that insult their dignity in hopes of appealing to the mainstream crowd. They all want what Taylor Swift and Lady Gaga have, so they sell out and show their asses in pathetic attempts to stay relevant.

The names of people “going country”, real and fictitious, is so voluminous, I would need to hire another writer exclusively to cover that beat, but I’m not sure that it is even important to worry about. I had a theory last week that Music Row was casting its fate with celebrity franchises, like Cher and Gwyneth and Gaga, but now I’m pretty sure they have no idea what the hell they are doing. I think they are all waiting for EMI in England to get gobbled up by Citigroup, and then for all the dominoes to start falling in the music business reorganization.

But in the meantime, what it’s best for us to do, “us” being the aw shucks country purists, is to not take the “gone country” bait. I do believe Gwyneth Paltrow will have a country album coming up, but Lady Gaga is no more country than Taylor Swift. This is the new reality. The super-genre is here and the mono-genre is coming. Expect “going country” stories every day as the other genres dissolve into the country platform.

And anyway, the pop star you really need to worry about going country, is Ke$ha. Mark my words.