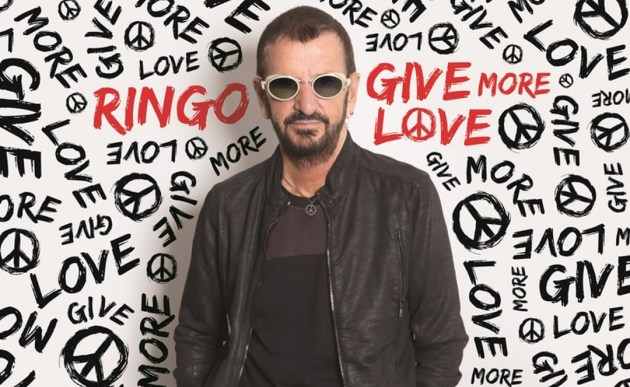 For years I’ve wanted to write an in-depth look into the country influences of the Fab Four. On the surface they may not be that obvious, but going back and listening to the twangy approach of songs such as “What Goes On” from Rubber Soul (sung by Ringo Starr), or “I’ll Cry Instead” from A Hard Day’s Night, you can definitely hear the twangy juices inferred in the music.

The Beatles’ Ring Starr is getting ready to release a new record called Give More Love on September 15th, and ahead of the album he’s released a new song called “So Wrong For So Long.” Though you can’t mistake Ringo’s Liverpool accent, the steel guitar is laid on thick, and the answer portion of the chorus is indicative of Countrypolitan. If you ever wanted to hear one of The Beatles do a straight ahead country song, this would be it.

Apparently Ringo was planning to record an entire country album, and “So Wrong For So Long” was the first song he wrote with Dave Stewart before heading to Nashville to record. But then Ringo was offered a deal by a big promoter to do another one of his famous All-Star tours, and the new album turned out to be more broader encompassing. “It was an offer I couldn’t resist,” Ringo told Billboard. “That’s how I ended up making another album at home and writing all kinds of songs with all kinds of friends.”

It’s not that “So Wrong For So Long” is some lights-out amazing country song, but it is cool to hear the iconic voice of Ringo Starr sing a country-style tune drenched in twang. That’s the well-respected pedal steel guitar player Greg Leisz performing on the track (listen below).

Ringo’s recording engineer Bruce Sugar says, “It’s a good country song. It’s a little more traditional than what they’re doing now on the radio, but it’d be interesting to see if they’d play Ringo on country radio. They should. It’d be great if they did.”

It would be great, but country radio wouldn’t touch Ringo Starr or “So Wrong For So Long” with a ten foot poll. If they wouldn’t play Cash back in the 90’s when he was winning Grammy Awards, or even Chris Stapleton today, they certainly won’t play Ringo. But they could if they actually adhered to the country format, and they probably should since it’s more country than 95% of the crap they play.