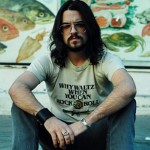 I’ll start off by saying that I respect Adam Sheets as a writer, though I don’t always agree with him, and that I like what is at the heart of this idea. Finally, FINALLY, an artist is trying to show some kind of goddamn leadership, in some capacity, whatsoever. Back in the mid-2000’s artists like Shooter and Hank III and Dale Watson created this huge army of loyal fans of which this website grew out of, but then sometime in ’07-’08, the leadership when completely silent, and this massive army of supporters has been bivouacked, willing and ready to march but with absolutely no guidance whatsoever. I also appreciate that this idea is meant to bring disparate elements together under a big tent, to organize, which is another needful element I’ve been preaching about for years.

Radio is the past, and they are fighting shrinking revenues by making the same mistakes that got them in this pickle–homogenizing formats and bleeding regionalism out of music. Shooter should know this, he’s a satellite guy, though satellite is having their own problems. And it also plays right into the hands of Shooter’s critics who say that he’s a whiny, spoiled rich kid who when he doesn’t get his way, throws a temper tantrum; that’s why he left his country label and put out an album which at times was filled with pretentious envy bordering on self-righteous rage. This idea seems to be born out of anger and envy instead of innovation.

Podcasts, virtual concerts, things like SCM LIVE, and the few independently-run radio stations like KOOK with robust online listenerships are the wave of the radio future. People will be listening on their computers and smart phones. Screw radio, we’re too good for them. And why set the ceiling so low as to say all we want is a place at the radio table? The problems with the infrastructure for good music of any genre is much more widespread. Swing for the fences.

And then there’s these lists of bands that have been populated for XXX. So you’re telling me Arson Anthem and the Avett Brothers are in the same genre? I love Black Joe Lewis, but he’s retro soul/funk. Hell, I can’t even get past the ‘B’s’ and I can tell this won’t work. And I also don’t like all this language about “southern bands.” The south is so choked by pop country these days, a lot of the great bands are coming from California, the Pacific Northwest, and the Upper Midwest. Whitey Morgan & The 78’s from Michigan are on the list, and so are The Devil Makes Three from California. I’m not really understanding this.

The band list looks like it was populated by a few select people asserting their own music tastes, instead of taking a step back and a broad look at the full musical spectrum that would create this genre or “format” by its own designated parameters. Where is the .357 String Band? They are the definition of “too rock for country.” Where is The Reverend Horton Heat? One could make the argument that he was vital to the formation of music that is too rock and too country. To know where you’re going, you have to know where you’ve been, and I see little homage paid to the mid-90’s scene on lower Broadway in Nashville where the vast majority of these band’s sound sprouted from. BR549 isn’t on here, but James McMurtry is, but Ray Wylie Hubbard isn’t? I’m totally confused.

And then on the list of bands that “Came Before Us” you have Pantera, but their side project with David Allan Coe “Rebel Meets Rebel” is on the current bands list. And Loretta Lynn and Merle Haggard are artists that bridged rock and country? These lists are all over the road like a drunk bloke who could blow a 2.0. And let’s not give up the fight for the term “country” so easily. What’s wrong with saying Whitey Morgan is country, and the crap they play on the radio is not?

With all respect to Shooter and Adam Sheets, this thing looks like it went off SO half cocked. Why not solicit for ideas from a spectrum of core thinkers before submitting it for public consumption? Not to sound like an arrogant bastard, but why not consult me? I talk about most of the bands on their lists all the time. When Shooter made the switch from country/southern rock to more industrial-style rock, what was the one outlet who covered that story, even in the face of whining fans who swore I was a liar? It wasn’t No Depression. Who was the first to review his new album Black Ribbons? I was the media outlet for Shooter, because I saw the importance in covering his transition, and because nobody else was. And what happened to Shooter now calling himself Black Country Rock?

I don’t want to completely dismiss this idea. If you go to givememyxxx.com, and what you read speaks to you, then by all means sign the petition. (And that’s another thing, who are we petitioning exactly?) Give this idea at least a chance, because at its heart I do believe there is some good stuff. But I will not be signing it, at least for the moment. I see a LOT of work to be done here, tweaking the message, fixing confusing lists of artists, which at this point I don’t even know if such lists are important. So much more should have been done before putting this out for the public.

My thoughts. What are yours?