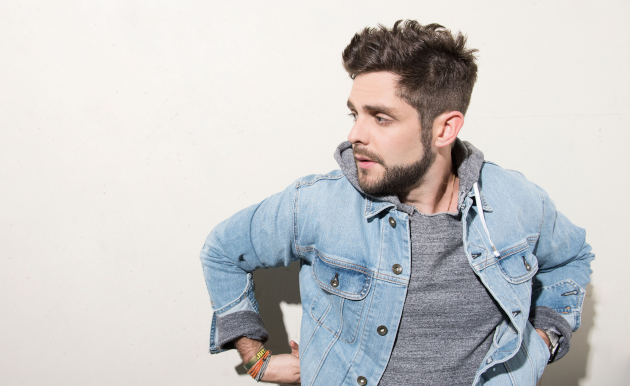 The great American country music goober is back ladies and gentlemen, riding a wave of nepotistic opportunity and slavish trend chasing to launch his own insipid bid in a crowded field of hopefuls to be considered the most non-country “country” star stultifying the American country music airwaves with knockoff R&B rubbish.

It’s clearly evident when listening to Thomas Rhett’s Center Point Road that he not only harbors no love for the actual and authentic sounds and modes of country music, Thomas Rhett outright loathes them, giving a wide berth whenever they threaten to enter his path, and instead turning his wheel into sounds and influences that symbolize the very antithesis of the country genre. Listening to Center Point Road, Thomas Rhett might as well have just cued up a mic and screamed “Screw country music!” and released that, or Instagram’d an image of him rubbing his balls on the stone-carved cowboy hat sitting at the foot of the Hank Williams grave.

Where previous Thomas Rhett’s efforts at least feigned some allegiance or interest in adhering to the country music format, he’s all in on Center Point Road, pulling a demonstrative white boy Bruno Mars routine without any remorse or pragmatic effort to try and hide that he’s nothing more than an R&B singer on a country imprint. In an embarrassingly brown nosing puff piece entitled “Thomas Rhett Doesn’t Really Care If You Think He’s Country Enough” in Rolling Stone Country, Rhett says about his primary influence on the record, “I think I watched [Bruno Mars’s] Super Bowl performance at least 100 times on YouTube.” Genre bending my ass, Center Point Road breaks its back to be all things but country, but Rhett sure won’t recuse himself from being considered for country awards, or getting ink in what’s supposed to be a “country” periodical.

Thomas Rhett is music for people who do not like music, but only barely listen to it in the background lest their mind is forced to dwell in a silent moment and focus on a stimulative or original thought. Songs like “Don’t Threaten Me With A Good Time” and “Look What God Gave Her” symbolize the worst appropriations of vapid dance pop ever perpetrated in the country genre. “VHS” is so laughably bad, Beck is probably kicking himself for not thinking of this oversexed tripe when he recorded Midnite Vultures mocking the stupidity of this shallow version of R&B music. 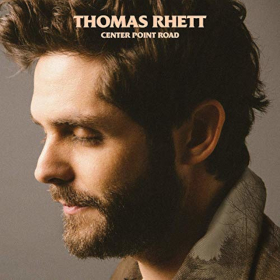 Thomas Rhett seems like a fairly affable guy and a devoted family man, but when he takes the stage or locks himself in the isolation booth in the studio, there’s no soul dwelling within that rib cage. It’s all about swallowing hard, and doing what you must to become an arena-level superstar, even though his own contributions to the creative cannon of modern music are eclipsed by many club acts from the sheer lack of originality. Thomas Rhett is a chameleon of commercialization, with his premier attribute being a pliability to do whatever sells. But why would anyone buy the Opie version of Bruno Mars when they could go directly to the source?

Thomas Rhett has got so much nothing and he knows it. This is the reason his wife receives just as much face time as he does at country music’s stupid award shows. Laura Atkins is more compelling sitting in the crowd smiling than Thomas Rhett is standing on stage with $500,000 worth of stage production behind him. Like Rhett says himself in the song “Dream You Never Had”:

“I’m seeing the signs with your name written on in my mind
Spotlight’s on me but they know you’re the reason I shine
You married the music the day that you married me
Baby, I’m just a singer, and you are the songs that I sing…”

This isn’t flattery. Thomas Rhett has never been more right in his life.

Of course like most any mainstream album—especially one with 16 tracks—there are a few moments that aren’t as terrible as the others. If your looking for something resembling anything nearing country, I guess “That Old Truck” would qualify, though it immediately forfeits any rights to be called “good” as just another extremely generic country truck song. “Beer Can’t Fix” is fine enough as a song, but even Jon Pardi’s presence can’t country up the production of this track, and hearing Pardi wheeze into an Auto-tuner doesn’t do him any favors in building up his country cred. “Remember You Young” might be the only decent overall song out of the 16, but still fits significantly more into Adult Contemporary than even most modern country.

And don’t mistake it ladies and gentlemen, it might be a man singing, but this album is for the ladies. Listening to songs like “Don’t Stop Drivin’ ” and “Barefoot” expose the mark for this record. One of the reasons it’s so hard for performing women in the mainstream to find any traction is because many of mainstream country’s women listeners are wrapped up in the People Magazine lifestyle branding and daytime television themes and tones of Thomas Rhett—how wonderful of a father and husband he is, and how so many of his songs so sappily praise his better half. This whole bamboozle is written, recorded, produced, and choreographed for country’s female demographic, and it’s spectacularly effective at sucking them into its narrative.

Is there worse music in the mainstream at the moment than Thomas Rhett? The unfortunate prognosis is probably a “yes,” simply because we still have performers like Walker Hayes, Mitchell “Bitches” Tenpenny, and Keith Urban running around out there, with Urban probably still coming in as less country and quality than Rhett, believe it or not. But with Rhett sitting as the reigning, 2-time ACM Male Vocalist of the Year, the impact of a record like Center Point Road matters gravely.

The mainstream still feels like its going through a slow, but measurable resurgence into more country-sounding singles, albums, and artists over the last few years. But Thomas Rhett remains a holdout, and a problem. It will be interesting to see just how Center Point Road is received with rootsier artists like Luke Combs surging. This R&B country was really hot a couple of years ago, but how long will people continue to sup at the trough of Thomas Rhett when they could go to the source of today’s actual R&B and get something so much better?