Billboard has just reported that Tim McGraw has filed a countersuit against Curb Records who filed suit against McGraw last week over his Emotional Traffic album. Tim has been trying to get the album released so he can fulfill his contract with Curb, while Curb claims the material is too old and is attempting to extend McGraw’s contract indefinitely. McGraw’s countersuit claims:

“Traffic” was recorded and mastered in early 2009-2010 and Curb is holding the album “hostage from country music fans for the purpose of compelling Tim McGraw to serve perpetually under a contract that he has already fully and faithfully completed.” The suit adds that Curb’s “repeated serial releases of what it characterizes as greatest hits albums is obviously a naked attempt to create a perpetual recording contract, forcing Tim McGraw into a repressive environment of indefinite duration.”

The countersuit asks that Emotional Traffic be deemed McGraw’s last album on the contract, and that McGraw be “free to begin recording for himself or any other party as of July 23, 2011.” It also asks for advance payment and recording-fund reimbursement, a jury trial, and unspecified damages. 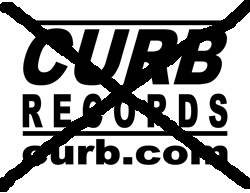 In the aftermath of Curb Records filing a lawsuit against Tim McGraw, fans are now calling for a boycott of the record label. In a petition filed online, fans are pledging “unless Mike Curb drops his lawsuit against Tim, you will never again buy another album from a Curb Artist, including Tim’s FINAL Curb album, Emotional Traffic.”

As soon as the petition was launched, signatures began flooding in, as well as comments:

As much money as Tim has brought to Curb Records, it seems that Curb keeps trying to tell him what to release not the artist himself. I am sorry but when Tim wanted to release a new studio album YOU released a greatest hits album…..that was the beginning of the end of the relationship! Sorry Curb but why support a company that doesn’t support their own!

Time to let go Curb!! You’ve extended his contract by re-releasing multiple greatest hits albums and delaying new material, for your own benefit. The fans wait too long for new music, all the while other artists blast by with new albums. It is deplorable to conduct business in this way and to end a wonderful business relationship in such a manner speaks of your lack of gratitude and character.

A few days ago I received an email telling me I needed to stop talking about this “Tim McGraw crap” and “get back to my roots”. The roots of Saving Country Music are called Free Hank III, an organization started to help Hank III get his music released from Curb in an extremely similar situation to what Tim is going through. In many ways, the Tim McGraw situation is even worse. Reading through the comments of the petition to boycott Curb Records, one is blown away at how eerily similar they were to when Hank III was going through this, with many people saying “free Tim McGraw”. Free Hank III won that battle, but Curb continues on the warpath against their stable of artists.

Fans of Hank III, Leann Rimes, Clay Walker, Hank Williams Jr., and all the other artists Curb has manipulated over the years, as well as all country music fans, music fans in general, and general fans of art in any form should unite behind this cause. This matter isn’t about opinion or taste, this is about principle. Maybe war makes strange bedfellows, but regardless of how I feel about Tim McGraw or his music, right now he is my brother, and I will stand united beside him, and fight for him, just as everyone else who is incensed how companies, corporations, or higher institutions are impinging on the freedoms of individuals should, whether it has to do with music, food, or freedoms.