Tim McGraw’s Move from Big Machine to Sony Is Surprising 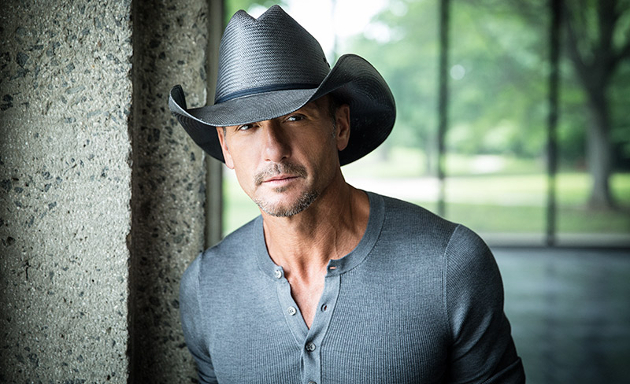 There’s no need for conspiracy theories or the sounding of alarms or anything, but I have to say I was a bit surprised when the news came down that Tim McGraw had officially left Big Machine Records and signed with Sony Music Entertainment. Announced at the same time, Faith Hill has also left her label of Warner Bros. for Sony.

There are no specific plans for the country music power couple to record an album together. Their Sony deals are two separate contracts as solo artists, even though the signing is being announced right as Tim and Faith get ready for a concert tour together commencing in April. The Sony deals were announced Monday (2-13), after Tim and Faith handed out the Record of the Year and Album of the Year at the 2017 Grammy Awards, and posed for pictures with their new Sony cohorts at a Sony Grammy afterparty. Details of the deals were not disclosed, and more information is said the be coming in the spring.

What’s so strange about the news is Tim McGraw seemed to be doing so well on Big Machine after fleeing Curb Records. There was a lot of symbolism in McGraw moving to Big Machine after a lengthy court battle with Curb, which tried to keep him on the label indefinitely and was ruining his career. McGraw and Big Machine CEO Scott Borchetta initially signed their deal in 2012 at Nashville’s Greyhound bus station to symbolize a new beginning. Tim had arrived as a young man from Louisiana with a suitcase and guitar 20 years before at that same station. One of the first people in the music business McGraw met in Nashville was Scott Borchetta’s father, Mike. Mike Borchetta was the man responsible for signing Tim McGraw to Curb Records.

The next five years were a big success for Tim McGraw, Scott Borchetta, and Big Machine. After suffering an extended period where he was unable to release new music under Curb, McGraw was able to do something most artists in their mid 40’s are unable to: have a career resurgence.

Tim McGraw’s first Big Machine album Two Lanes of Freedom has now been certified gold. His next two albums have sold over 250,000 copies each, and McGraw saw four #1’s hits, and nine Top 5 singles on Big Machine, including “Humble and Kind,” which won the Grammy for Best Country Song during the Grammy Awards on Sunday for songwriter Lori McKenna.

“I just sat at a table and wrote a song for my kids one day, and Tim McGraw made a moment out of this little tiny simple prayer that I wrote,” Lori McKenna said in her teary acceptance speech.

That is what has been so remarkable about the Tim McGraw resurgence, not just that he’s defying Music Row’s systemic ageism, but that he’s doing it with great songs, and those songs are doing well both commercially and on corporate country radio. Though the hard line country music rednecks and rabidly independent Americana types will never admit it, Tim McGraw has played a role in righting the country music ship over the last couple of years, not just with “Humble and Kind,” but with other critically acclaimed singles like “Diamond Rings and Old Barstools,” “Meanwhile Back At Mama’s,” and his current single “How I’ll Always Be.”

And it was all accomplished under the auspices of Big Machine. But perhaps records and singles didn’t have as much to do with Tim McGraw switching labels as it did wanting to tour with Faith Hill. Since the new Sony deal has been announced, basically their upcoming Soul2Soul tour will be a Sony affair, not Big Machine.

It comes at a time when Big Machine isn’t on a losing streak by any stretch, but has seen a few stumbles recently, like the attempted launch of a country music career for Steven Tyler that went terribly awry. The Band Perry’s demise started while they were still on Big Machine before the Perry’s and Big Machine parted ways. Brantley Gilbert’s recent record The Devil Don’t Sleep saw a first week sales decline of 60% compared to his last record, from 211,000 to 66,000 copies.

Thomas Rhett is a bright spot for the label as he continues to launch hit singles, but as Big Machine continues to fill the rosters of multiple imprints, not many major hits are coming from them. Maddie & Tae are struggling, and Taylor Swift broke her usual cycle of releasing a record every two years, robbing Big Machine of a big cash infusion.

And now Big Machine has lost Tim McGraw, who has shown himself to be an age-defying artist still able to pack arenas and launch singles that don’t adhere to country radio’s trends, but defy them. It felt like a big deal when Tim McGraw signed to Big Machine, and now if feels like a big deal that he’s gone.