TMZ Sets Up Shop In Nashville 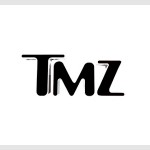 As if Nashville needed anything else to be more like the Hollywood of the South, celebrity news outfit TMZ set up shop in the Music City this week, specifically on lower Broadway. “I wanted to get a new batch of stars,” explained managing editor Harvey Levin on the show that originally aired Friday, 3-4-11. But instead of getting “Tim, Faith, Dolly, and Carrie,” they got the barely-known but boisterous Bridgette Tatum, and “Slim Chance and The Can’t Hardly Playboys”, a house band at Layla’s Bluegrass Inn.

The TMZ on-camera staff openly questioned Harvey’s wisdom of trying to crack the Nashville market, and the segment seemed to mock the lack of celebrity content they were able to gather. There were shots of lower Broadway staples like the Elvis impersonator, the horse drawn carriage, and T-shirt shops. Bridgette Tatum was good for a short interview, but the television gold was found in Zach Shedd, bass player for Slim Chance and Hank Williams III. His resemblance to a heavily-bearded Ryan Gosling was good for a chuckle, as Zach recounted how the similarity earned him his “wings” on a plane flight to LA once.

My sources on lower Broadway tell me that the TMZ crew is still working in the area, and have specifically talked to Zach Shedd again, so we can expect more TMZ Nashville segments coming to a boob tube near you! Maybe someone should tell them the big country celebrities would not be caught dead on lower Broadway. Or maybe not.

The initial Nashville segment is at the 12:35 mark, with Bridgette Tatum and shots of lower Broadway. Zach Shedd and the Can’t Hardly Playboys are at the very end.