Toby Keith’s ‘Bullets in the Gun’ The Worst #1 Ever

Trigger Down with Pop Country 17 Comments 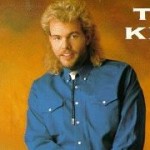 I really thought maybe mainstream country was starting to turn a page and beginning to make at least palatable music with people like Jamey Johnson and Miranda Lambert, but the recent crop of single releases and #1 albums might be the worst music ever put out on Music Row. Ever. And don’t take my word for it, take it from the mainstream country fans themselves.

This week it was announced that Toby Keith’s Bullets in the Gun album is the new #1 in country. However this is the worst-selling country music #1 album since stats like this have been kept according to Billboard. A sheepish 71,000 copies sold, and even this is addition by subtraction, as the main reason it’s #1 is Kenny Chesney’s Hemingway’s Whiskey went in a 64% tailspin from it’s #1 perch last week, helped little by its terrible single “The Boys of Fall.”

About 5 weeks ago Music Row reported that country sales for the first time had fallen below the year-to-date sales of all other genres of music. Country has weathered some of the music industry contraction by incorporating mainstream rock and pop fans, but now that might be running dry.

That same Music Row article also opined that help was on the way, because some of the most-anticipated album releases of 2010 were coming up, including Toby Keith and Kenny Chesney. But halfway through the year’s strongest release period, and still things look more dismal than ever.

The country music industry continues to blame digital music and piracy for all their problems. Without question technology is having some effect, but part of that effect might be turning people on to non-mainstream music that is more heartfelt, innovative, and fresh. Pop country is like fast food. There was a time when people thought it was fine to eat big mac’s all the time, but consumers are smarter now, and they understand they have better choices. The music industry must figure out how to be innovative and farm new talent, and how to retool their infrastructure to the widening contraction. If not, their life expectancy will start to be measured in months, not years.