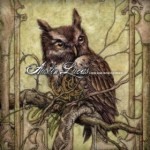 Well, we’ve just about reached the half way point of 2011, and let me level with you folks, so far this has been a down year for music. Yes, there’s been a few good projects and some surprises as well, but generally speaking it’s been pretty bleak compared to 2010, which was such a bumper year for music. Last year I thought my head was about to explode from all the great music. Well, we’re paying for it this year.

There are some interesting projects coming up, a new Hellbound Glory album, new William Elliot Whitmore, Scott H Biram, Gillian Welch, and Pokey LaFarge, and a new country album from the always polarizing Shooter Jennings that will be fun to see how it is is received, but below is a list of my top 2011 albums so far. Please note, there are a few albums already out that I have not reviewed yet. This will only include previously-reviewed albums.

If you’re looking for a top-dog, and one with twang, then this album might be the winner. Excellent songwriting, beautiful singing and harmonies, a well-produced album with top-notch instrumentation and performances, and a good variety in the songs. Something about this album I’ve noticed is that while I gravitated away for the more rock-style songs on the album, many single these out as the best tracks. That means this album has a little something for everyone. Austin Lucas will be on Willie Nelson’s Country Throwdown tour this summer, and he deserves this honor after putting out such a superb album.

This album is not for everyone. Being more in the Gothic country/Americana mold, it contains some natural barriers from being a true country album of the year. But as far as the project that so far has spent the most time in the listening rotation and shows the greatest amount of creativity and originality, this is the one. Being their dark, twisted take on pop music, the album has a strange addictive and accessible quality to it as well.

If you’re looking for the album that strips it all down and is simply an earth quaking, booty shaking primal experience, this is it. You may not think that one man and a banjo could be that engaging, but by the end of Lone Wolf OMB, you will be a believer.

Rachel Brooke – Down in the Barnyard (read review)

The best album so far with a conceptualized approach and a cohesive theme that makes the collection of songs better than the sum of their parts. Well-crafted songs and lyrics are custom-fit with Rachel’s magnanimous voice in a very wise approach. And this is also the premier neo-traditionalist offering so far, going all the way back to modes of The Carter Family. If you’re looking for an album to get rowdy to, keep moving. If you’re looking for an album to be listened to and not just heard, then listen to this one.

An excellent combination of smart and fun, Little Lisa Dixie’s premier, self-titled release is cast in the mold of the classic underground country album: a homage to the traditional approach to country music with a “devil, gun, and whiskey” edge. Little Lisa also throws a rockabilly vibe in on a few songs to keep things spicy.

I have a sense that I’m going to have to drag people kicking and screaming to this album, but that’s OK, I like a challenge. Jimbo Mathus was keeping the roots alive and combining country, blues, and rock when many of the other folks in this list were still in Jr. High. Jimbo “keeps it real” in the truest sense of the phrase, is an American original, and this is a very solid, enjoyable album.

Another dark horse that may have the best songwriting from a lyrical standpoint in the whole lot and performed with a gorgeous voice. This album may be a little more placid than what folks are used to me recommending, but it is worth giving more than one chance.

Other albums to check out would be Ted Russell Kamp’s Get Back To The Land and Wanda Jackson’s The Party Ain’t Over and Left Lane Cruiser’s Junkyard Speedball.

Two albums that I feel weird trying to judge because they contain mostly previously-released material, but are worth checking out are Bob Wayne’s Outlaw Carnie, and Joe Buck’s Piss & Vinegar.

What are your top albums so far? What good albums have I’ve missed? Which albums are you most looking forward to for the rest of 2011?